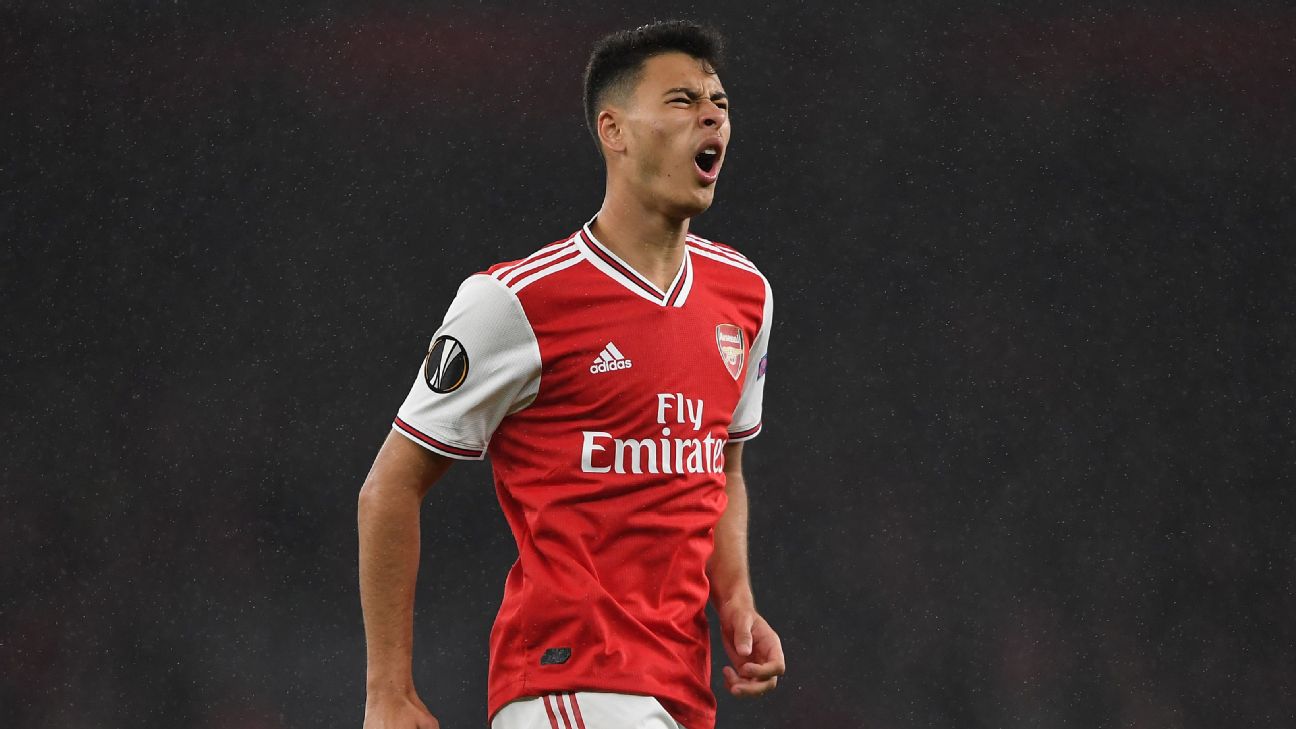 Arsenal forward Gabriel Martinelli once had a trial at Manchester United, where he took photos with several of the first team players.

The 18-year-old signed from Ituano in the summer, but United had the chance snap the Brazilian up in the past, while he also spent time at Barcelona.

“From 2015 to 2017, I went to train there [at United] four times for around 15 days at a time,” he told ESPN Brasil in March. “As everyone trains at the same training centre and is in the same cafeteria, I saw all the professionals.

“I asked to take pictures for [Patrice] Evra, [Marouane] Fellaini and others. [Paul] Pogba knew I was Brazilian and asked if everything was OK and where I played. We took a picture together.”

In November 2018, Martinelli visited Barcelona’s training ground but did not meet any of the first team players on this occasion.

“They called me to come and see their facilities and train at La Masia for a few days,” he said. “Unfortunately, it was the international break so the first team players weren’t there.”