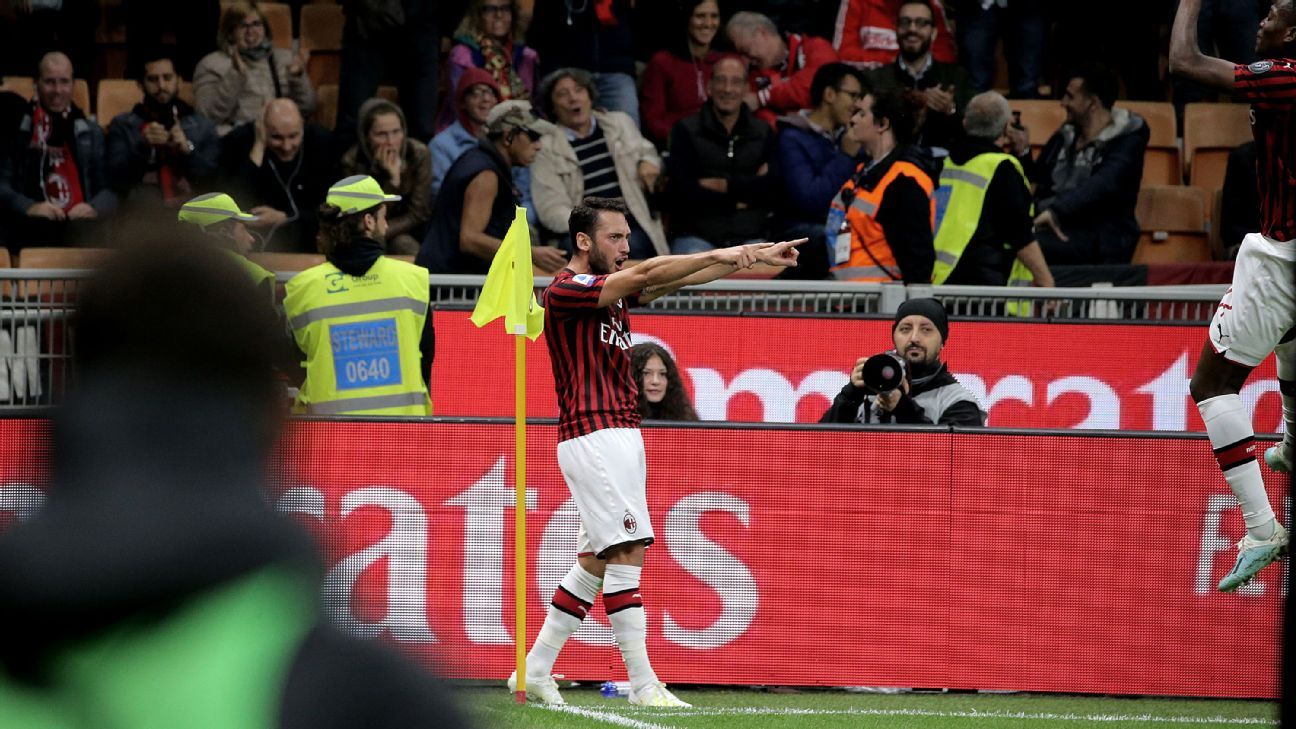 A stunning stoppage-time equaliser from Lecce’s Marco Calderoni denied Stefano Pioli a win on his debut as AC Milan coach when his side were held to a 2-2 home draw in Serie A on Sunday.

Hakan Calhanoglu smashed in the opening goal during an impressive first half from the hosts but Lecce drew level after the break through Khouma Babacar when he put back the rebound from a penalty kick.

The draw leaves his side in 12th place on 10 points, three ahead of 15th-placed Lecce.