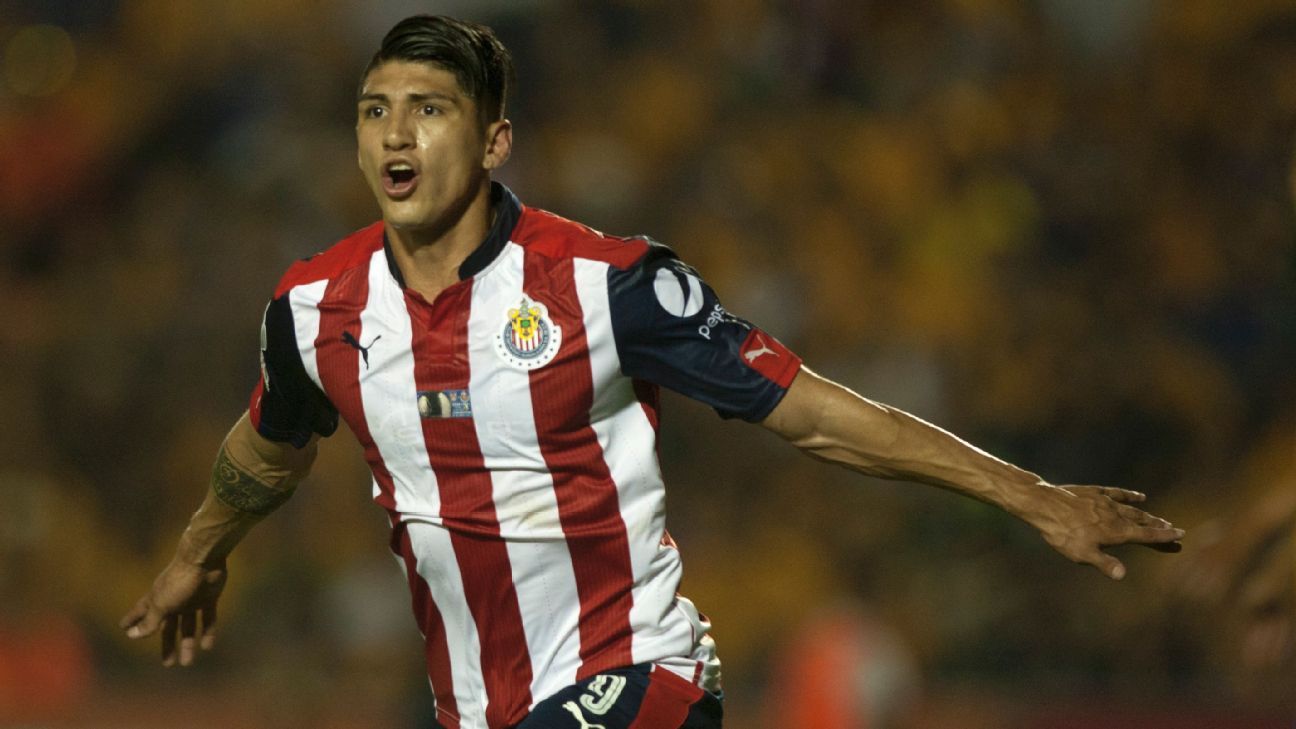 Liga MX 2019 Apertura top scorer Alan Pulido feels his time at Chivas is up and has admitted his next destination is likely MLS.

“The reality is I’m happy, I love the team, but I feel like I’ve completed all the dreams I had here, I won everything I had to win and a change wouldn’t be at all bad,” Pulido told reporters in Guadalajara on Thursday night.

Pulido, 28, started his career at Tigres and was part of the Mexico squad at the 2014 World Cup, after which he had a stint in Greece, before returning to Mexico with Chivas in 2016.

His next destination is likely to be MLS, according to the player, and it’s almost certain it would be as a designated player.

“The most likely [next move] is to go to MLS, there are some important teams that are interested in me, but we’ll take it step by step,” he said.

ESPN Mexico reported that one of the teams interested in Pulido is Chicago Fire, while one source told ESPN that Sporting Kansas City has registered interest.

There have been other reports that San Jose Earthquakes could be in the mix to sign Pulido, with the striker having previously worked with Earthquakes coach Matias Almeyda at Chivas. Orlando City was also mentioned as a potential destination.

Pulido has one-and-a-half years left on his contract with Chivas so any club would have to pay a transfer fee. He was won the 2017 Clausura championship and 2018 CONCACAF Champions League with Chivas.

Chivas announced the signing of Mexico international winger Uriel Antuna on Wednesday and are in the midst of reshaping their squad under new sporting director Ricardo Pelaez.