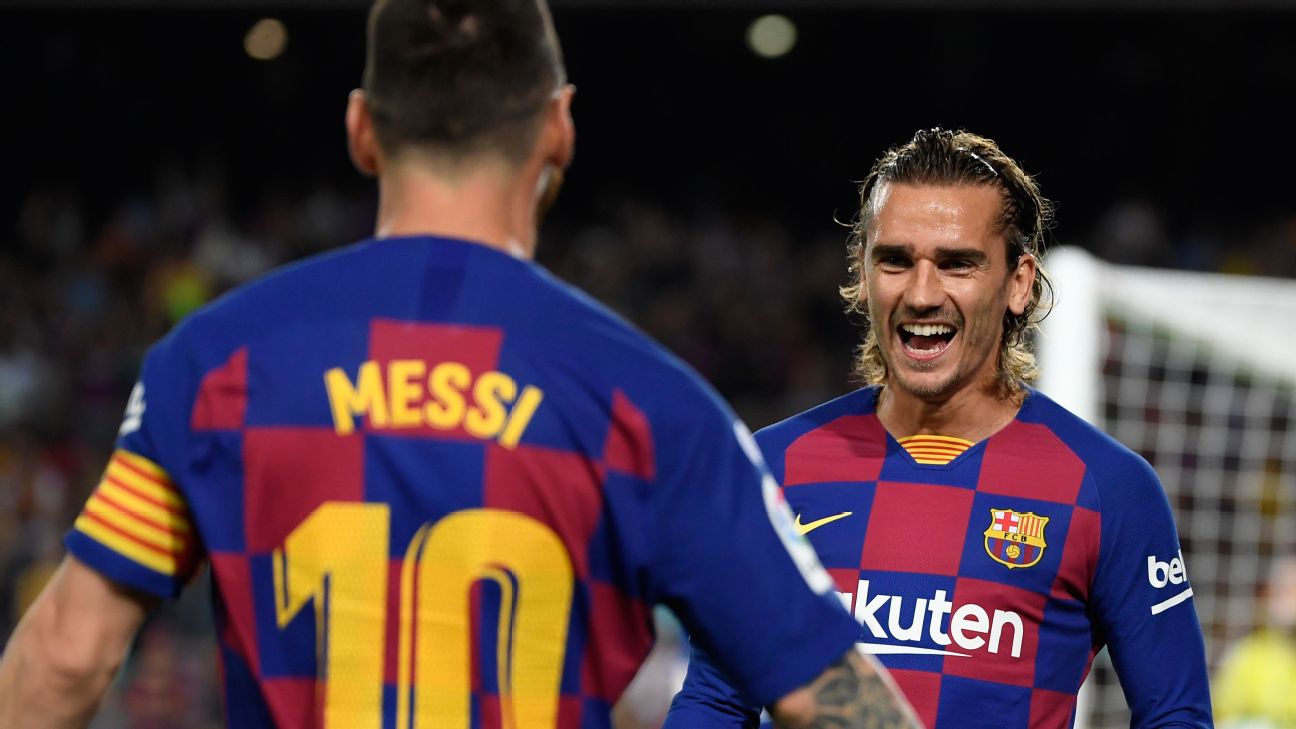 France coach Didier Deschamps has backed star man Antoine Griezmann after a less than ideal start to life with Barcelona.

The 28-year-old moved to Camp Nou from Atletico Madrid this summer and has since scored four La Liga goals and added three assists.

However, questions have been asked of Griezmann, and Deschamps came to the defence of one of his star attackers.

“Things could be better, but I watch each match, and things are far from catastrophic,” the boss said at a prematch news conference ahead of Les Bleus’ Euro 2020 qualifying clash with Moldova at Stade de France. “It is also a question of how he is used. He was in his best role with Atletico Madrid.

“Perhaps he is less decisive [with Barcelona] than he is with us. However, he knows his importance to us and my confidence in him.”

Deschamps also admitted that Olivier Giroud‘s continued lack of minutes with Chelsea remains an issue, but he hinted that things could change during the winter transfer window.

“Obviously, it is a difficult situation for Olivier,” he said. “He knew since September that there was no obvious solution. He is coping with the situation, and it will not change before a door opens in January.”

On the topic of Moldova, Deschamps stressed that he and his players do not see themselves as already qualified.

“Being prudent does not mean being fearful,” he said. “It is always good to be careful or vigilant. The reality is that we have not qualified — that is a fact. We will do everything to reach our goal. We must not believe that we have already qualified. We must ensure our qualification here. This is no trap.”

France can ensure their place at Euro 2020 with a positive result ahead of a trip to Albania to close out 2019.