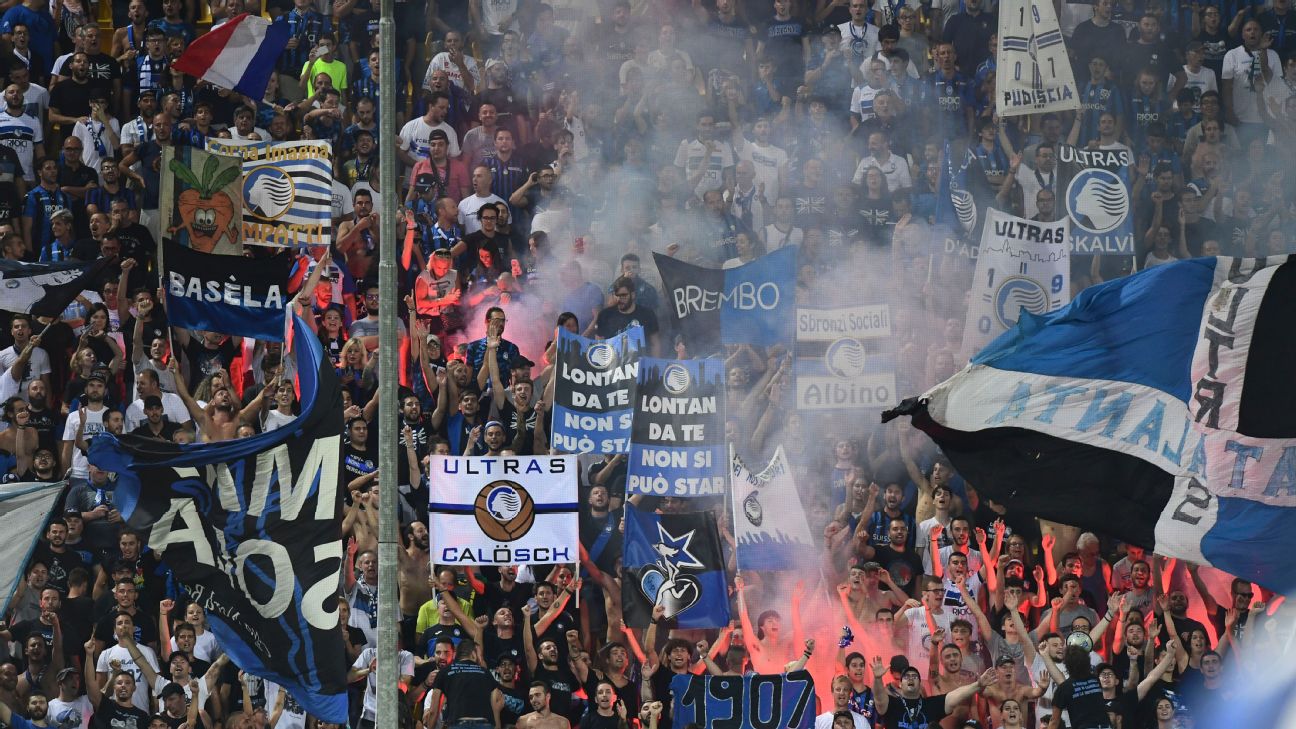 Atalanta issued a statement “disassociating” the club from racist chants by its fans, while several prominent figures in Italy on Monday applauded a decision to halt the club’s Serie A game because of the abuse.

And FIFA President Gianni Infantino called for more action to combat racism in the country.

Atalanta’s 2-2 draw with Fiorentina was suspended briefly during the first half due to chants aimed at Fiorentina fullback Dalbert Henrique, a Brazilian player who is black. However, the Italian league’s judge announced Monday that he has yet to decide whether Atalanta warrants punishment. Judge Gerardo Mastrandrea said in his weekly disciplinary report that Dalbert needs to be interviewed before his decision is made.

Referee Daniele Orsato ordered a warning to be read over the stadium’s loudspeaker that the match would not resume until the chants ceased.

“Concerning the suspension of the Atalanta-Fiorentina match, the club disassociates itself from any type of discrimination that might have occurred,” Atalanta said. “Atalanta, along with its supporters and fans, is and will always be a mouthpiece for the values of solidarity and equality. The stupidity of a few needs to be combatted together and we believe that it has neither colors nor jerseys. It needs to be isolated.”

Napoli coach Carlo Ancelotti applauded Orsato’s decision: “It’s a step forward and others will be needed but this is the way forward. … We need to be tough in applying the rules that are there. And we have the advantage of many TV cameras inside the stadiums.”

Orsato followed FIFA’s “three-step process” for handling racism inside stadiums The FIFA process requires the referee to briefly pause a match at the first hint of discriminatory chants and request an announcement over the stadium public address system asking fans to stop. If the chanting persists, the referee can suspend the match and order the teams into the changing rooms until it stops. If that doesn’t work, the referee can stop the match definitively.

While the FIFA process is straightforward it has rarely been implemented in Serie A, which has also seen racist chants aimed at Inter Milan’s Romelu Lukaku and AC Milan’s Franck Kessie during the opening four rounds of the season. No club has been punished for racism so far this season.

“Yesterday the soccer world finally came out without silence against racism. … The referee did well to stop the match,” said Triantafillos Loukarelis, the director of Italy’s anti-discrimination office. “The game against racism needs to be played every day in big and small cities, in stadiums and on smaller fields until those that use sport for political means or to express their ignorance are isolated.”