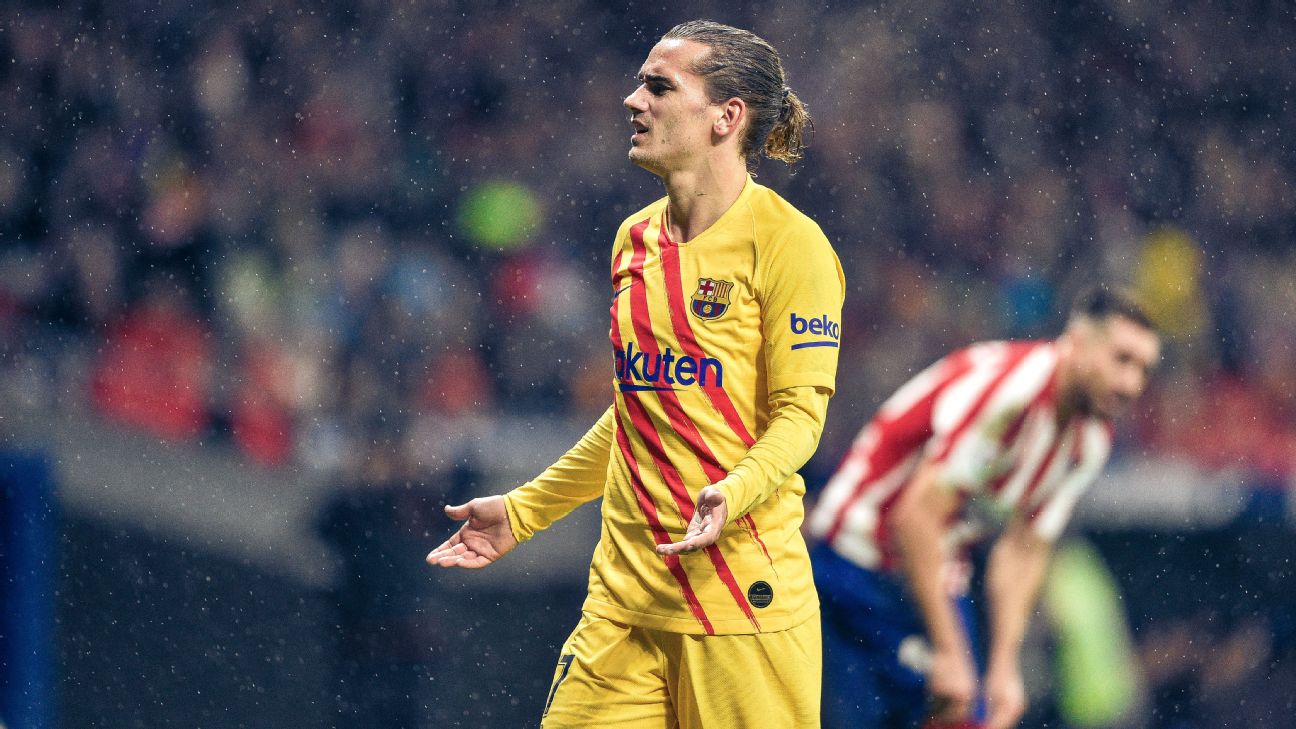 Barcelona forward Antoine Griezmann was targeted by Atletico Madrid fans with chants of “die” on his first return to the club.

Barca won 1-0 thanks to a late Lionel Messi goal which was enough to see them return to the top of La Liga.

“You wanted to have a name and you forgot to be a man,” a banner in the Wanda Metropolitano’s Fondo Sur read.

And whistles greeted his name being read out over the PA system ahead of the game, while his first touch was met in a similar fashion.

Griezmann’s plaque outside the stadium, in honour of him playing more than 100 games for the club, had toy rats left on it prematch.

The France international’s €120 million move to Barcelona in the summer was controversial with Atletico having complained to La Liga over the Catalan side’s pursuit.

ESPN FC has contacted La Liga to ask if any action will be taken about the chants.