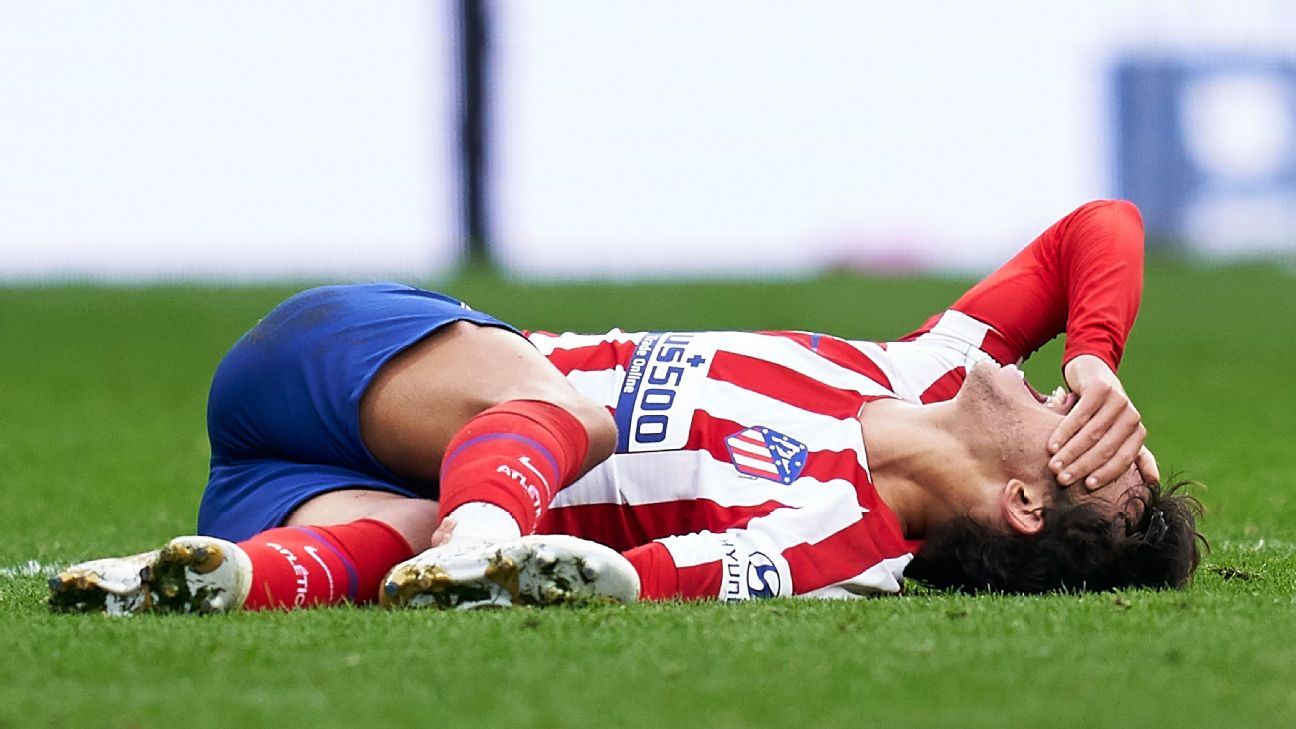 Felix went down with around 10 minutes left in the game when his ankle buckled and had to be helped off the field.

That left Atletico with 10 men and Valencia soon leveled to take a 1-1 draw.  Following the match, the club said that ”he player underwent an X-ray and MRI scan at a local clinic and that he suffered “a grade two sprain of the external lateral ligament of the right ankle.”

The club did not say how long it expected him to be out, but Atletico boss Diego Simeone said Felix is likely to miss their Champions League clash next week against Bayer Leverkusen.

Atletico broke their club record for a transfer to sign Felix from Benfica this summer after triggering the €126 million ($140 million) buyout clause in his contract.

The 19-year-old has scored three goals for Simeone’s team.

The Associated Press contributed to this report.