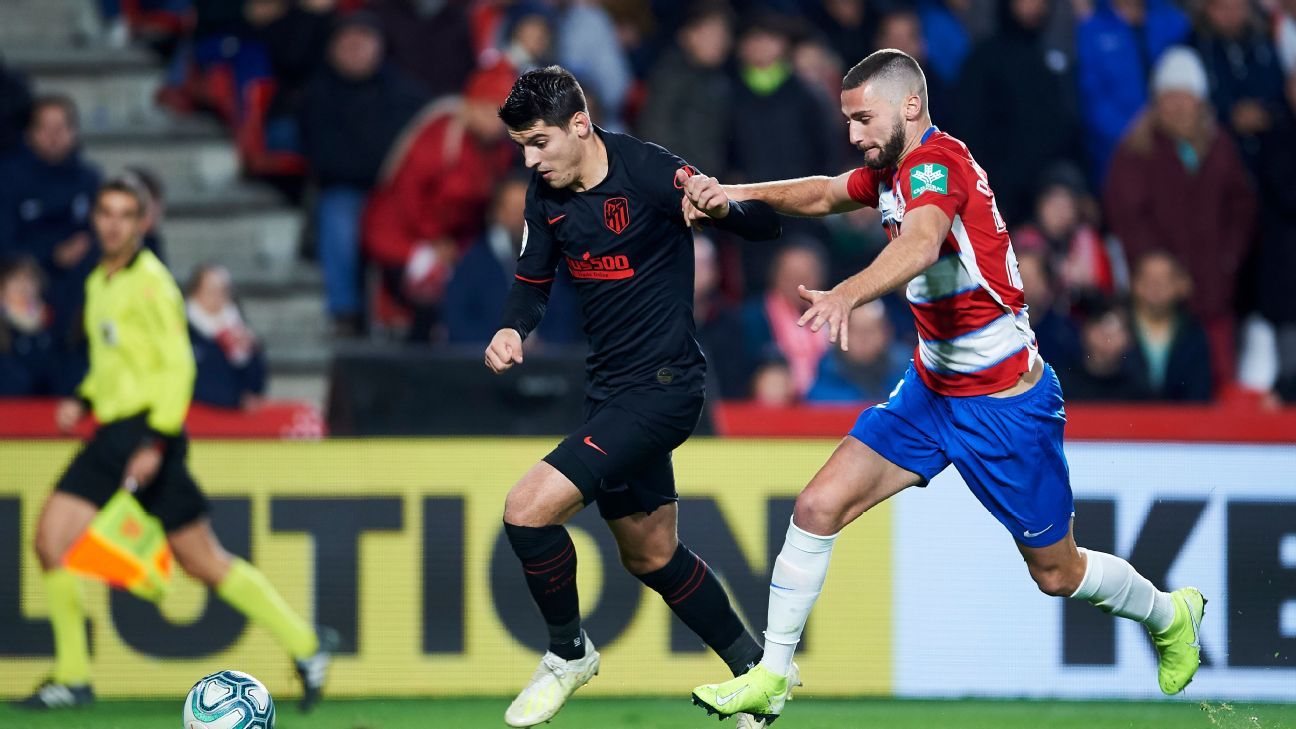 Atletico Madrid lost ground on leaders Barcelona as they were held 1-1 away to Granada on Saturday for a seventh draw in 14 La Liga games.

Diego Simeone’s side went ahead on the hour mark through Brazilian leftback Renan Lodi but lost their lead soon after when Granada’s German Sanchez outjumped his marker Hector Herrera and sent a header crashing into the net.

Simeone brought on record signing Joao Felix in search of a winner but his side barely managed to test Granada’s keeper Rui Silva in the closing stages, although they were denied a penalty appeal when substitute Dario Poveda was felled in added time.

The draw keeps Atletico third in the standings on 25 points, three behind leaders Barcelona who beat Leganes 2-1 and have a game in hand, while Real Madrid are second on 25 and have two games in hand.