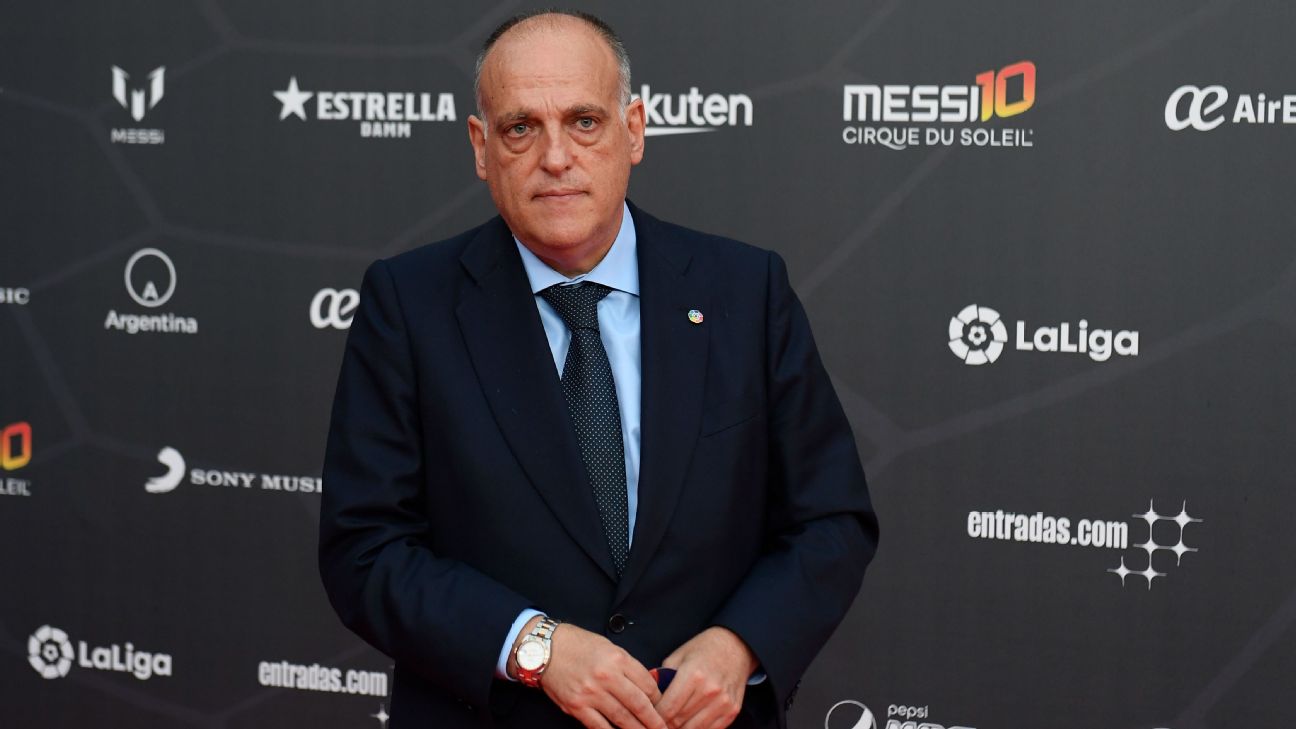 La Liga president Javier Tebas has said the Clasico between Barcelona and Real Madrid is a “state problem.”

The date for the clash between the country’s two biggest clubs was moved by the Royal Spanish Football Federation to Dec. 18 due to political and social unrest in Catalonia.

The two clubs wanted the game to go ahead as scheduled at the Camp Nou on Oct. 27 but La Liga requested the Spanish FA move the game, citing “exceptional circumstances beyond our control.”

“The Clasico issue is a state problem,” Tebas told reporters during a Movistar + event. “I don’t see it as only a Barcelona problem.”

La Liga had initially suggested reversing the fixture and playing it at the Bernabeu instead of Camp Nou.

“We wanted to reverse the fixture of the games in order to delay [the game in Barcelona] as much as possible,” Tebas said. “Dec. 18 has not been chosen with La Liga being in agreement.”

Spain will have general elections on Nov. 10, and Tebas added: “Until Dec. 18 many things are going to happen in Spain and I hope they are all positive for the game, and the safety in Barcelona.”

Tebas defended La Liga’s decision to request the game be moved after Barcelona were unhappy the league did not consult them before turning to the Spanish FA. Barca CEO Oscar Grau said playing the Clasico on Dec. 18 is potentially worse than the original date of Oct. 27.

“That is a personal opinion,” Tebas said. “What we knew from the police and from our information was the it was dangerous to play on the [Oct.] 26. I don’t know what data Barcelona have to say that this date [Dec. 18] could be more dangerous.”

La Liga are not happy with the Clasico being played on Wednesday, Dec. 18, as it will coincide with 56 Copa del Rey games being played on that date and have appealed in a legal court and to the Spanish Sports council. Moreover, playing in midweek and in the evening will affect the TV ratings around the world. The Clasico is broadcast to around 650 million people across 185 countries.

“For us, it is important that it was played at the weekend and in midday but it was not to be,” Tebas said. “The kick-off time for the first [league] Clasico is always selected taking Asia into account.

“Now as it will be a night time game, there are many countries that will miss it. From Saudi Arabia to Japan and all the way to Australia they will be sleeping.”