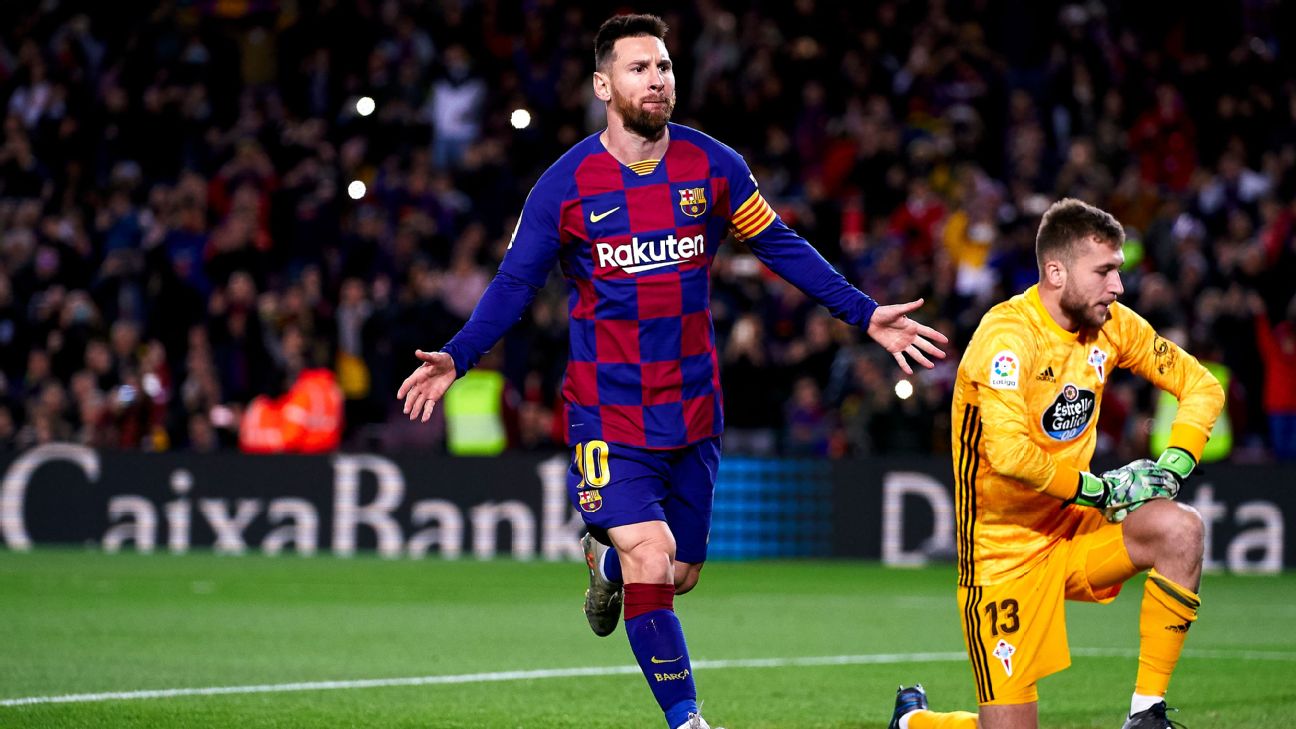 Garcia replaced Fran Escriba as Celta coach earlier this week but was helpless on the touchline as three Messi set-piece goals helped Barca to a 4-1 win.

Messi opened the scoring from the penalty spot before scoring two free kicks as Ernesto Valverde’s side returned to winning ways following defeat by Levante and a draw with Slavia Prague.

“With Messi, you never have the game under control,” said Garcia, whose side had started the match brightly. “He’s uncontrollable, he throws all [your] plans up in the air.

“His efficiency from free kicks is incredible, his percentages are so high. You can’t avoid giving free kicks away there, either. He alone changes games.

“If he didn’t play, it would have been very different. We could even have won this one. He conditions everything. You know something could happen every time he has the ball, but when it’s a set play you cannot control it.”

Of Messi’s nine goals in all competitions this season, four have come directly from free kicks. He has scored 22 free kicks since the 2015-16 season from 174 efforts — an accuracy rate of 12.6 percent.

“It’s impossible to not depend on Messi,” said Barca coach Valverde when it was suggested his side are too reliant on the Argentine. “We depend on him as much as any team would depend on him.

“He lights everything up, what are we going to do!? With Leo, anything is possible.”

Goalkeeper Marc-Andre ter Stegen added: “Leo’s special at free kicks. It’s not normal what he does, he has an amazing talent.”

Celta had cancelled out Messi’s opener at Camp Nou on Saturday through a free kick of their own, scored by Lucas Olaza. Messi’s two dead-ball strikes killed the game, though, with Sergio Busquets adding a late fourth.

However, there was bad news for Barca in the form of a calf injury to Nelson Semedo. The right-back will be sidelined for the next five weeks.