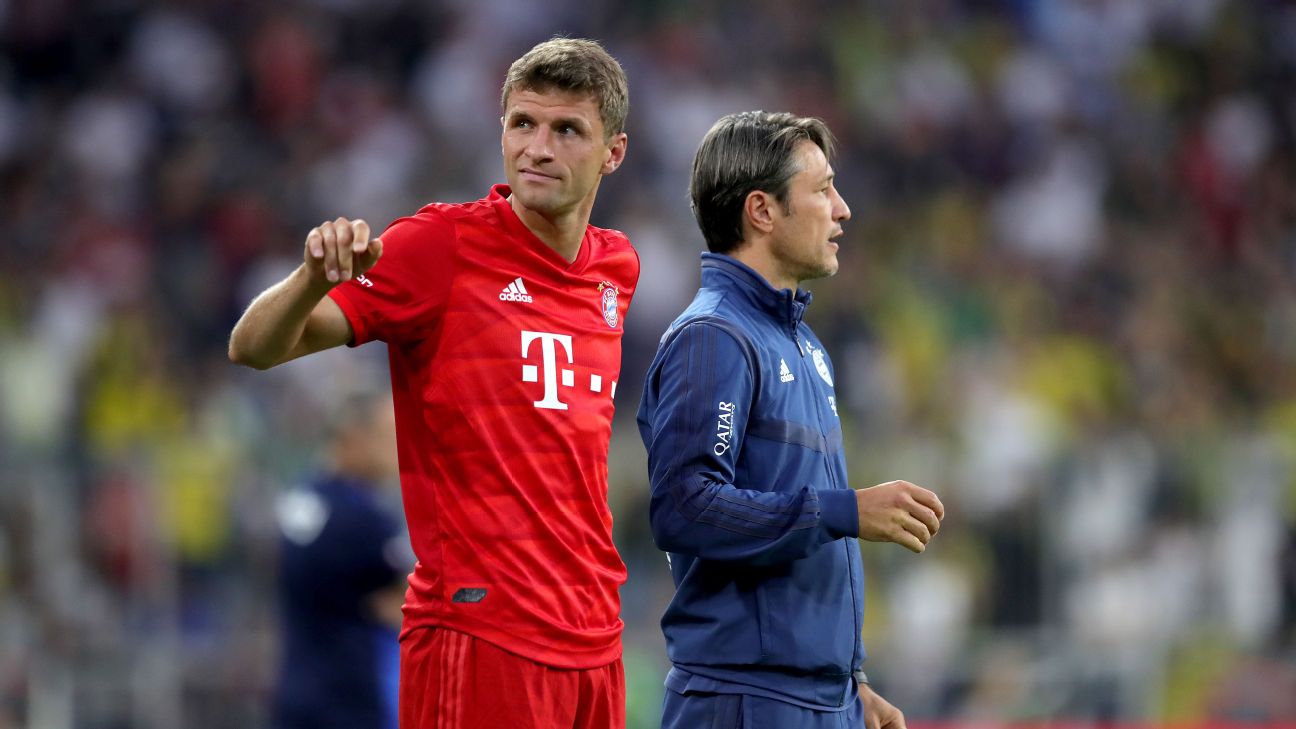 Bayern Munich coach Niko Kovac has backtracked on his recent comments about Thomas Muller, calling them a “mistake.”

Muller, 30, has not started any of Bayern’s last five games, and prior to the club’s last Bundesliga match — a 2-1 home defeat to Hoffenheim — Kovac suggested in an interview the striker would only get playing time in the future if other players were unavailable.

“That was my mistake,” Kovac said in a news conference ahead of his side’s Bundesliga trip to local rivals Augsburg.

“I should have expressed myself better, but I already proved myself wrong when bringing him on as a substitute.

“I chatted to Thomas the next day and we are all good.”

Just days after the defeat to Hoffenheim, Muller — a senior figure in the Bayern dressing room — said he was “too ambitious” for the Bayern bench amid rumours he could seek a transfer this winter or next summer.

And when asked how he would cope with Muller’s discontent in the coming days and weeks, Kovac said: “Just very objectively. We’ve talked about this. No matter which player — it’s not about one, but about many here at FC Bayern.”

Kovac would not guarantee the former Germany international more playing time, however.

“Whoever does not play will not be happy. It’s like this at other clubs too.

“But every Bundesliga coach, and that includes me, must make the same decision time and time again. I can only field eleven players.

“We will always try to find the best decision for the moment and there will always be cases of hardship. That’s the fate of a coach. Whatever he does, for the most part it’s not right.”