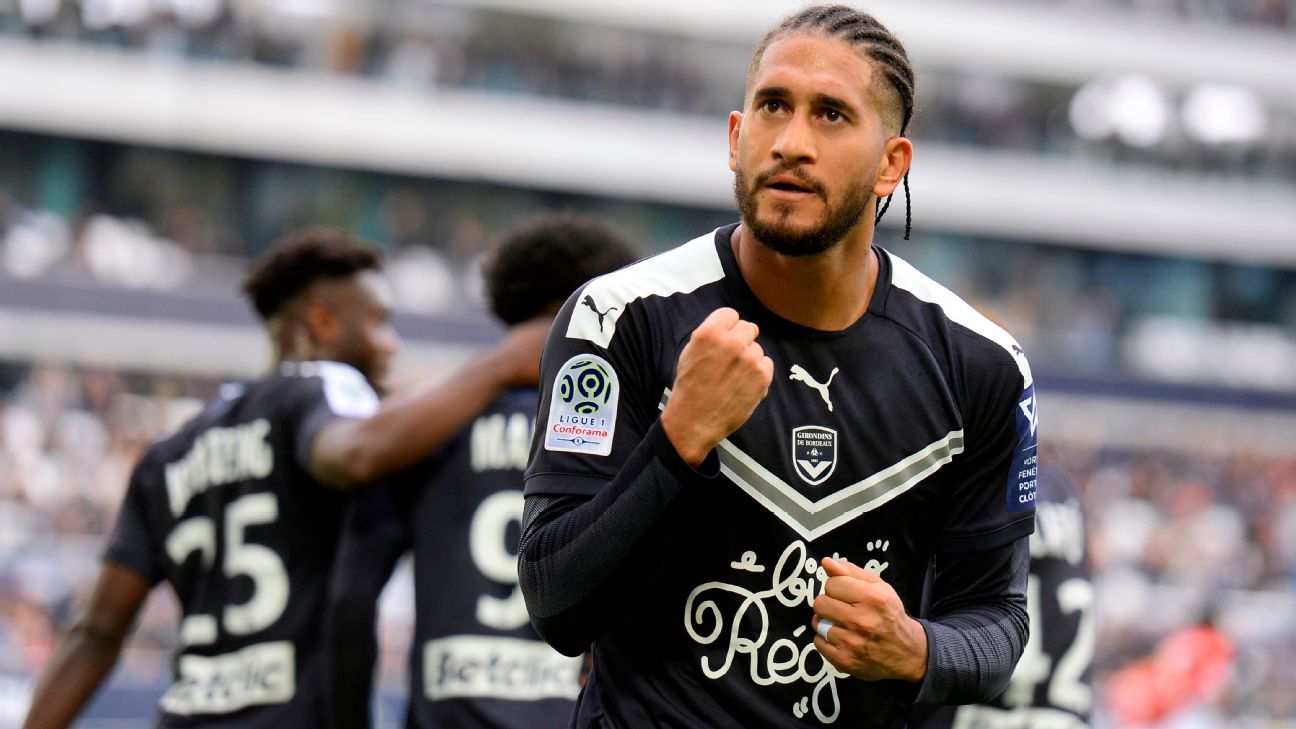 Monaco’s Islam Slimani went from hero to villain when he scored the opener before conceding a penalty and getting sent off as Bordeaux came from behind to win 2-1 and move into third in Ligue 1 at the Stade Matmut-Atlantique on Sunday.

Slimani fired in the opener for the visitors after 15 minutes to notch up his sixth league goal of the season.

Bordeaux drew level through Pablo, who rose the highest to head in from a corner and level the score before halftime.

The hosts completed their comeback thanks to a moment of madness from Slimani, who raised his arm while in the wall to block a free kick, resulting in a Bordeaux penalty and his second yellow card of the afternoon.

Nicolas de Preville stepped up to fire in the spot kick and send Paulo Sousa’s side to third in the table on 22 points.

However, Saint-Etienne and Olympique Marseille will overtake Bordeaux if they beat Montpellier and Toulouse respectively later on Sunday.