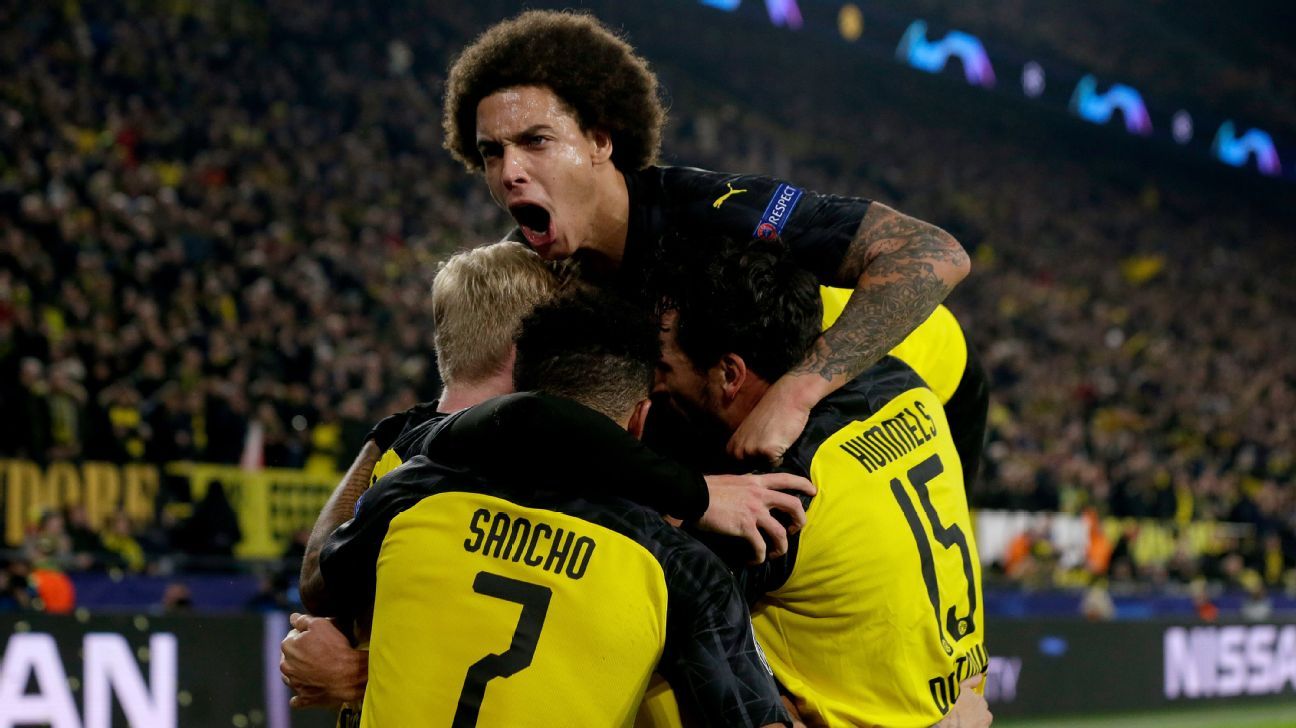 Borussia Dortmund defender Achraf Hakimi produced a blistering individual performance as he scored a brace to help his side overhaul a two-goal deficit to win 3-2 at home over Inter Milan in their Champions League Group F clash on Tuesday.

Lautaro Martinez and Matias Vecino fired Inter into a 2-0 first-half lead before Dortmund came storming back with Hakimi scoring either side of a Julian Brandt effort.

The result left Dortmund second in the group on seven points from four games, one behind leaders Barcelona and three ahead of third-placed Inter. Bottom team Slavia Prague, who earned a 0-0 draw at Barca in the early kick off, have two points.

Inter were in complete control in the first half. But Dortmund’s relentless pressure paid off after the break, with Hakimi pulling one back and then struck the winner after Brandt equalised with a fine finish from a tight angle.

The Argentine Martinez continued his rich vein of form with a sublime fifth-minute opener when he weaved his way past three players and cut inside the box before burying his shot past keeper Roman Burki.

With Inter goalkeeper Samir Handanovic having pulled off two excellent saves, the visitors doubled their lead in the 40th minute as Vecino swept a low shot into the bottom corner after good buildup work from Martinez and Antonio Candreva.

But Dortmund turned the match around in the second half.

The 21-year old Hakimi, on loan at Dortmund from Real Madrid, pulled one back soon after the break with a scrambled close-range shot after a fine cut-back from Mario Goetze.

With the home crowd roaring them on, Dortmund pressed on relentlessly and Brandt levelled with a low shot from a tight angle after he was put through by substitute Paco Alcacer.

Hakimi then put the icing on the cake with a goal of the highest quality.

The Spanish-born Moroccan right back beat his marker with some neat footwork before exchanging a one-two with England forward Jadon Sancho and steering the ball past Handanovic, sparking wild celebrations among the home fans.

Dortmund captain Mats Hummels said he was surprised how well his team responded to falling behind.

“At the interval we said that we should continue the way we had done before with the ball, but that we had to create more chances,” the centre-back told UEFA’s official website.

“I would not have expected that things would turn out this well.”