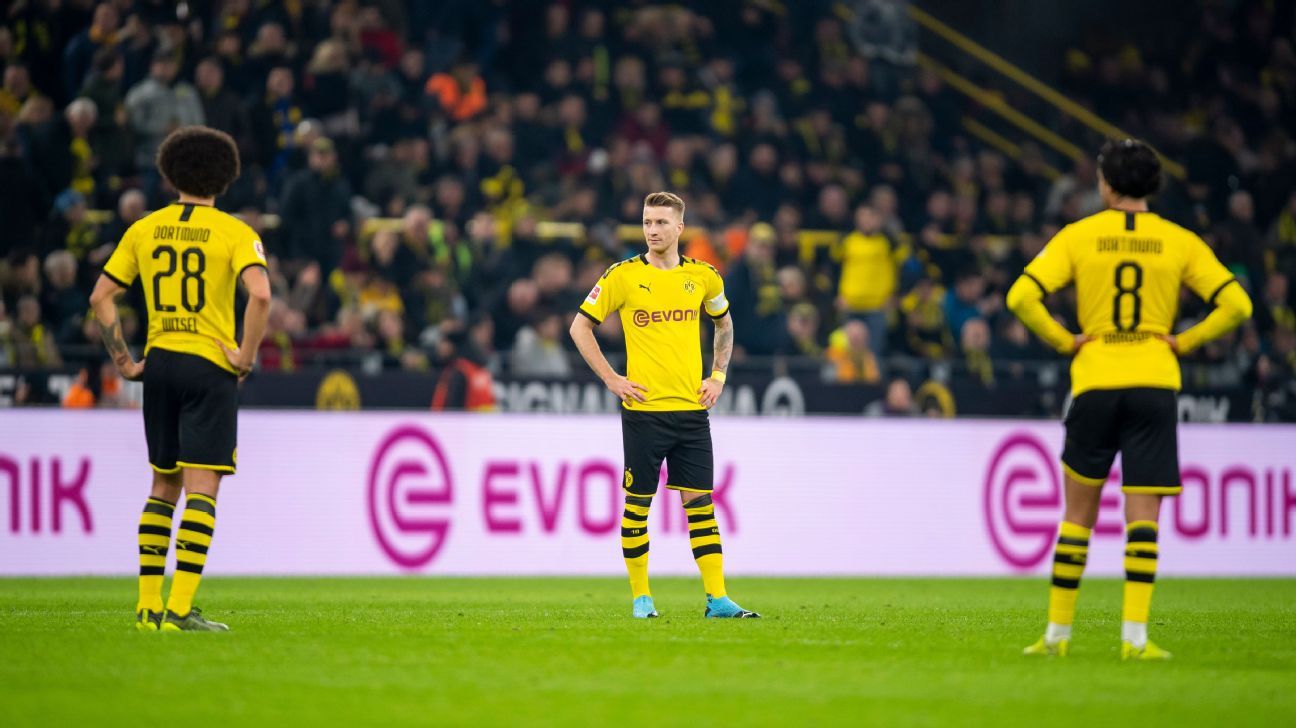 Borussia Dortmund captain Marco Reus scored a stoppage-time equaliser as his side rescued a 3-3 draw after being three goals down against promoted Paderborn on Friday, but they still suffered a dent to their Bundesliga title hopes.

To make matters worse, Dortmund’s top striker Paco Alcacer, making a comeback from a heel injury, had to be taken off before halftime after suffering a knee injury that left him in tears.

Jadon Sancho pulled a goal back two minutes after the break as Dortmund shot out of the blocks to set a blistering pace.

But despite their dominance and a bagful of chances they did not score again until Axel Witsel headed a second in the 84th.

Reus rescued a point deep in added time to move Dortmund up to fifth on 20 points, five behind leaders Borussia Moenchengladbach, who travel to Union Berlin on Saturday when Bayern Munich, on 21, visit lowly Fortuna Duesseldorf.

While Dortmund’s comeback showed their fighting spirit, the result did coach Lucien Favre no favours following their 4-0 loss to Bayern Munich on the previous matchday.

The Swiss coach has been under mounting criticism with his team being the textbook example of inconsistency in recent weeks with just two wins in their last eight league matches.

Dortmund visit Barcelona in the Champions League next week as they battle for a spot in the knockout stage.