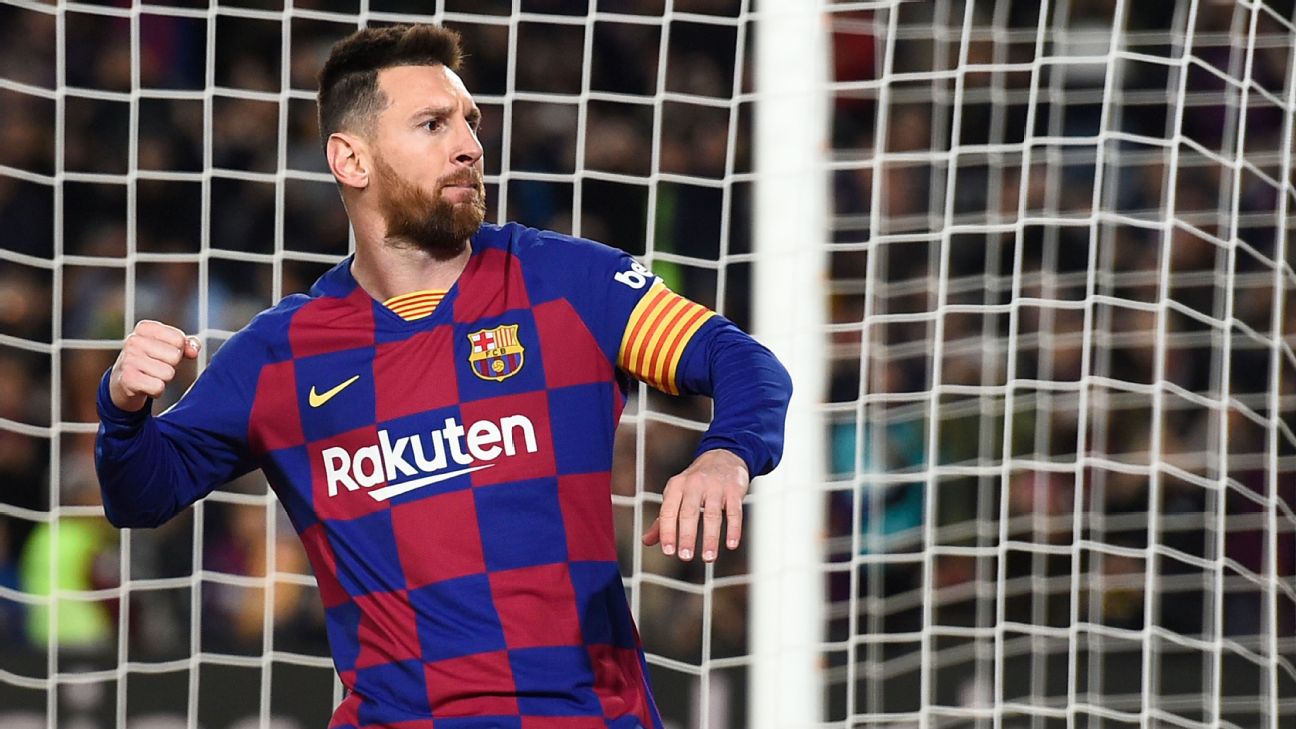 In the last weekend before we head into the November international break, club football once again delivered, throwing up some scarcely believable numbers.

Leicester City dismissed a beleaguered Arsenal, while Sheffield United overcame VAR and doubters to draw at Spurs and go into the international break in fifth place. Manchester United, meanwhile, beat Brighton to, er… brighten up their mood ahead of the break.

The match of the weekend, though, saw Liverpool beat Manchester City and take a commanding eight-point lead at the top of the league.

Sheffield United have lost just one away league game in 2019 (W6 D9 L1) – no team in the top-four tiers of English football have lost fewer (also Liverpool on one).

Since becoming Barcelona manager in 2008, Pep Guardiola has lost more games against Jurgen Klopp in all competitions than he has against any other manager.

Liverpool have won 11 of their first 12 PL games this season and lead the table by eight points – only Manchester United in 1993-94 had a bigger lead after 12 games of a PL season (nine points).

Manchester City are win-less in their last 16 PL away games against Liverpool, their longest such streak against an opponent in the competition’s history.

Guardiola has lost more away games (4) in all competitions at Anfield than he has at any other stadium in his managerial career.

Liverpool have won more PL games against reigning champions than any other side in the competition’s history (21). In fact, the last time they lost at home to a defending champion was in December 2007 (0-1 against Manchester United).

Southampton have conceded 21 goals in their first six home PL games this season – the only top-flight side to concede more in their opening six were Blackpool, in 1930-31 (22).

Manchester United named the youngest starting line-up in the PL this season against Brighton, with four academy graduates in the starting XI and two more coming on from the bench.

Manchester City have won 25 points from 12 Premier League games this season. An incredible stat — this is the lowest ever total by a Pep Guardiola side at this stage of a top-flight campaign.

Jamie Vardy has scored 32 goals against the traditional ‘Big 6’ clubs – Arsenal, Manchester United, Manchester City, Tottenham, Liverpool and Chelsea – since his debut in 2014-15 (60 games). No one has scored more against them in that time.

In beating the hapless Norwich City, Watford became the 91st and final team in the top four tiers of English football this season to win a league match.

Barcelona won, Real Madrid won, and the table reflects the return-to-form of the old order, with Atletico Madrid and Sevilla rounding up the top four.

After scoring a brace against Eibar, Karim Benzema is the sixth-highest goalscorer in La Liga for Real Madrid, moving past the great Ferenc Puskas in the pecking order.

Borussia Monchengladbach continued with their stunning form that sees them four points clear at the top. Timo Werner and RB Leipzig can’t stop scoring, but the story of the weekend was in Der Klassiker. Bayern Munich swatted Borussia Dortmund away 4-0, and it was all about one man – Rober Lewandowski.

Lewandowski has scored 16 goals in the league this year — no one in Europe’s top 5 leagues comes close (Immobile on 14 is second). He has also scored in every match he has played in this season, in all competitions.

Lewandowski now has 19 goals in 16 matches against Borussia Dortmund in all competitions. It’s his most against a single opponent with Bayern.

The goal that put Bayern up 3-0 was the 2500th home goal for them in the Bundesliga. And also the 2500th goal Dortmund have conceded in their Bundesliga history.

Juventus defended their way to a 1-0 win to maintain their single-point advantage over a free-scoring Inter Milan. Meanwhile, a Radja Nainggolan inspired Cagliari are now fourth in the table.

Inter have scored in all their first 12 matches in a single Serie A campaign for only the second time in their history, after 1997-98.

Great weekend for one, terrible for the other. Lionel Messi scored a hat-trick, while Cristiano Ronaldo was subbed off ten minutes into the second half against AC Milan with the score at 0-0.

Messi has scored more free kick goals (31) in the last 10 seasons than any other team has from the five best leagues in the world. TEAM!

The next closest are Juventus at 31 and Real Madrid at 30.

Lionel Messi has equaled Ronaldo as the player with the most La Liga hat-tricks (34). Messi reached there in 459 games, while Ronaldo achieved the feat in 288

Ronaldo has been subbed off for two consecutive games for his first time with Juventus. It really hasn’t been a good week for the Portuguese champion.