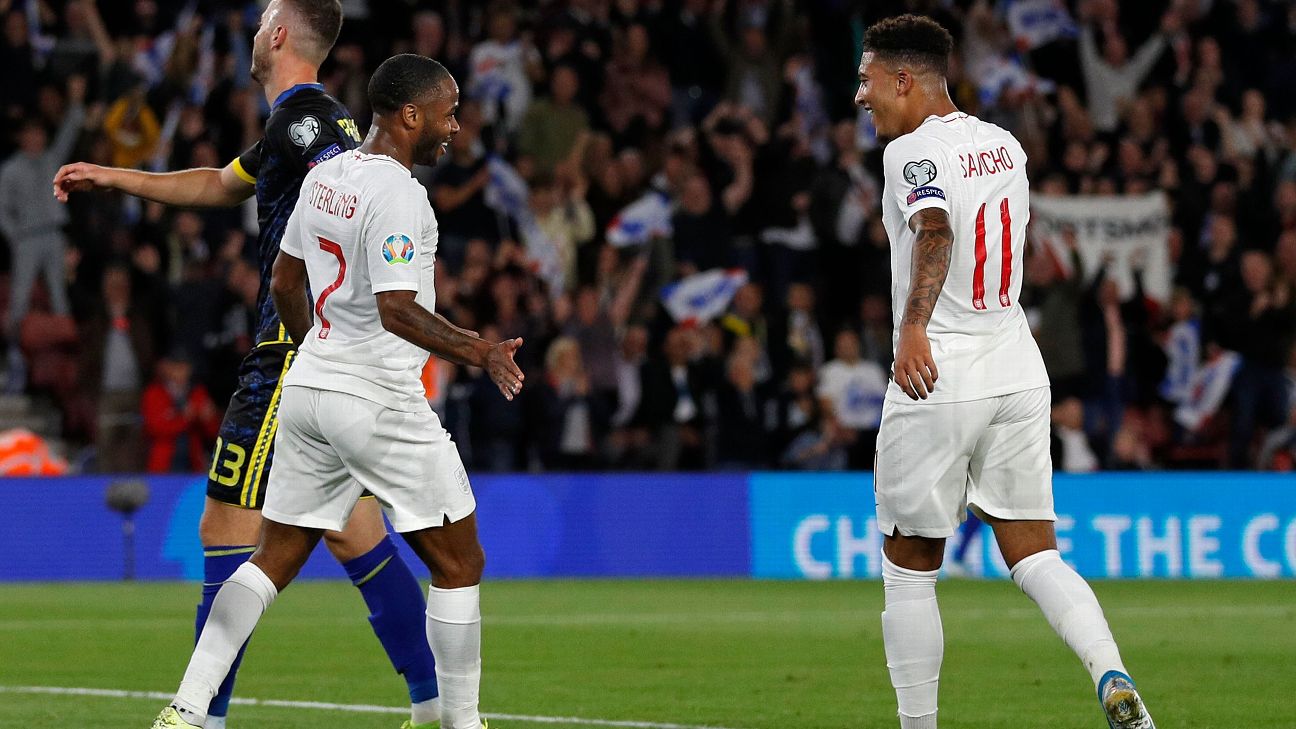 Raheem Sterling may have been dropped for England’s Euro 2020 qualifier against Montenegro at Wembley on Thursday following a clash with teammate Joe Gomez, but for winger Callum Hudson-Odoi he remains a leader for the Three Lions and an idol for the Chelsea winger.

England manager Gareth Southgate axed Sterling for Thursday’s game after an incident in the canteen at their St. George’s Park training facility on Monday.

The pair had squared off at Anfield in the Premier League on Sunday where Sterling’s Manchester City were beaten 3-1 by Liverpool, with Gomez coming on as a late substitute in the top-of-the-table battle.

Southgate and several players have sought to put the incident behind them. Sterling remains with the squad and could feature in Sunday’s qualifier away to Kosovo.

Yet the man who could replace him in attack on Thursday, Chelsea winger Hudson-Odoi, does not doubt Sterling’s importance to him and the rest of the squad.

“Someone like Raheem is like an idol to me. The position he plays, and what he’s doing for club and country, is an amazing thing, which I will try to replicate myself,” said the 19-year-old.

“It is an amazing feeling to have someone like him doing what he’s doing and being around you every time. I want to keep learning off what he does. He is a nice person to be around, very positive.”

Hudson-Odoi broke into the Chelsea first team last season and quickly earned an England debut against the Czech Republic at Wembley in March — coming on as a substitute for Sterling after the City forward had scored a hat trick.

Yet Sterling had already made an impression on Hudson-Odoi with the way he welcomed him into the England camp.

“Raheem’s a very nice guy, he’s very encouraging, very positive about everything he does. When I first came in, I didn’t expect him to be so nice. Of course he is a nice person but when you see somebody always welcoming you, just talking to you, giving you advice on how he plays and just being around you a lot it makes you feel so welcome in the team,” he said.

Those qualities mean that Sterling, who captained England against the Netherlands in the Nations League semifinal in June, is considered a leader by the Chelsea winger.

“Definitely. He’s very positive about what he does. Whenever he says something, he wants to take a stance and make sure everything is OK with it,” Hudson-Odoi said.

“For someone like him, he’s a big leader in the team because he’s a very top player, he’s in club and country playing every game, working really hard, scoring a lot of goals.”

Hudson-Odoi says he also appreciates the public stance Sterling has taken about racism in the game.

“For someone like that to have a say on racism, it is a big feeling for all of us. He is sticking up for everyone who is involved in the game. It is a great feeling to know he’s going to do that,” he said.