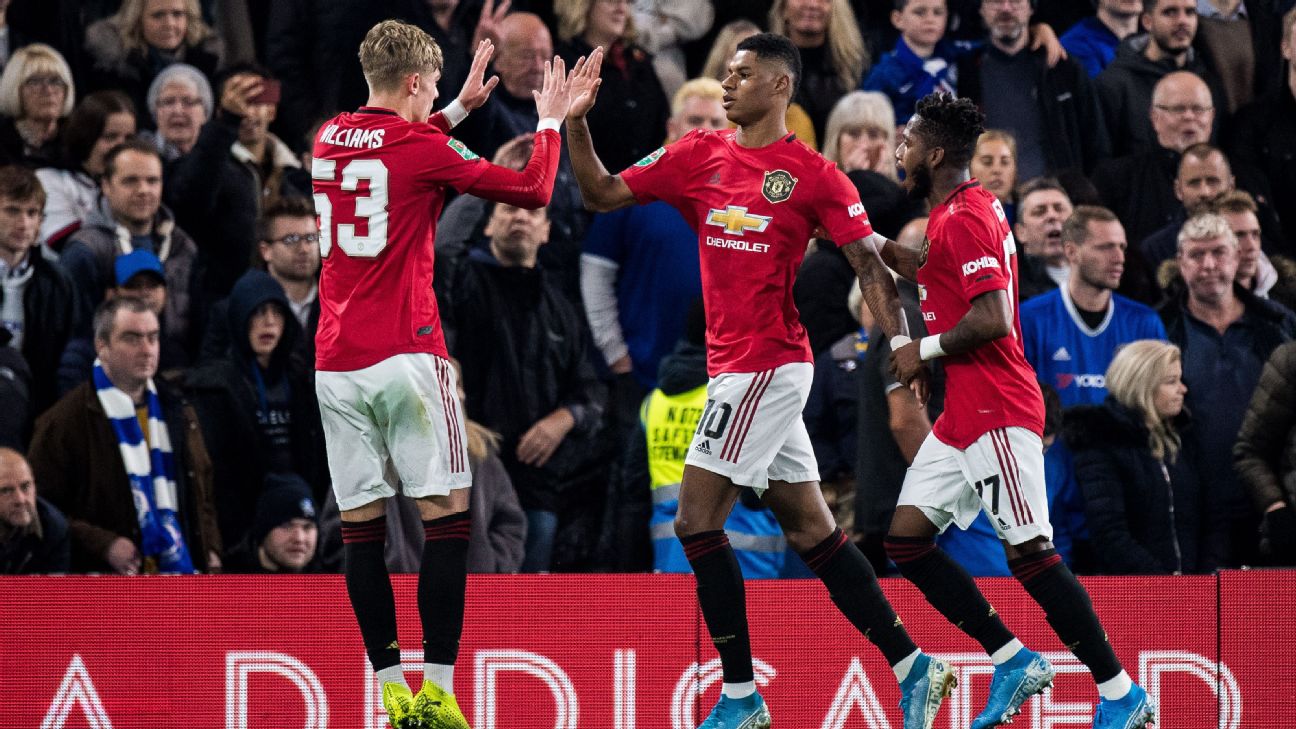 Manchester United will host Colchester, the lowest-ranked side in the Carabao Cup quarterfinals, while holders Manchester City travel to Oxford.

Liverpool, whose boss Jurgen Klopp said the club could forfeit the competition if no compromise is made due to a potential clash with the FIFA Club World Cup, drew Aston Villa away.

Finally, there will be an all-Premier League tie between Everton and Leicester. The games will be played the week commencing Dec. 16.

United made it through to the last eight after beating Rochdale on penalties before progressing to overcome Chelsea 2-1 at Stamford Bridge. Liverpool beat MK Dons 2-0 and Arsenal in a penalty shootout after an epic 5-5 draw.

Holders Man City, who have won the competition in four of the past six years, have strolled through the competition so far with a 3-0 victory at Preston and 3-1 defeat of Southampton at home.

Leicester enjoyed a comfortable 4-0 third round victory over Luton, but were made to sweat against Burton in the round of 16 before eventually winning 3-1.

Everton progressed with 2-0 wins over Sheffield Wednesday and Watford while Aston Villa overcame Brighton 3-1 and then local rivals Wolves 2-1 in a tense affair.

Elsewhere, Colchester continued their impressive run as the followed up their penalty shootout win over Tottenham with a 3-1 victory over Crawley, while Oxford overcame Sunderland in a shootout in the round of 16.