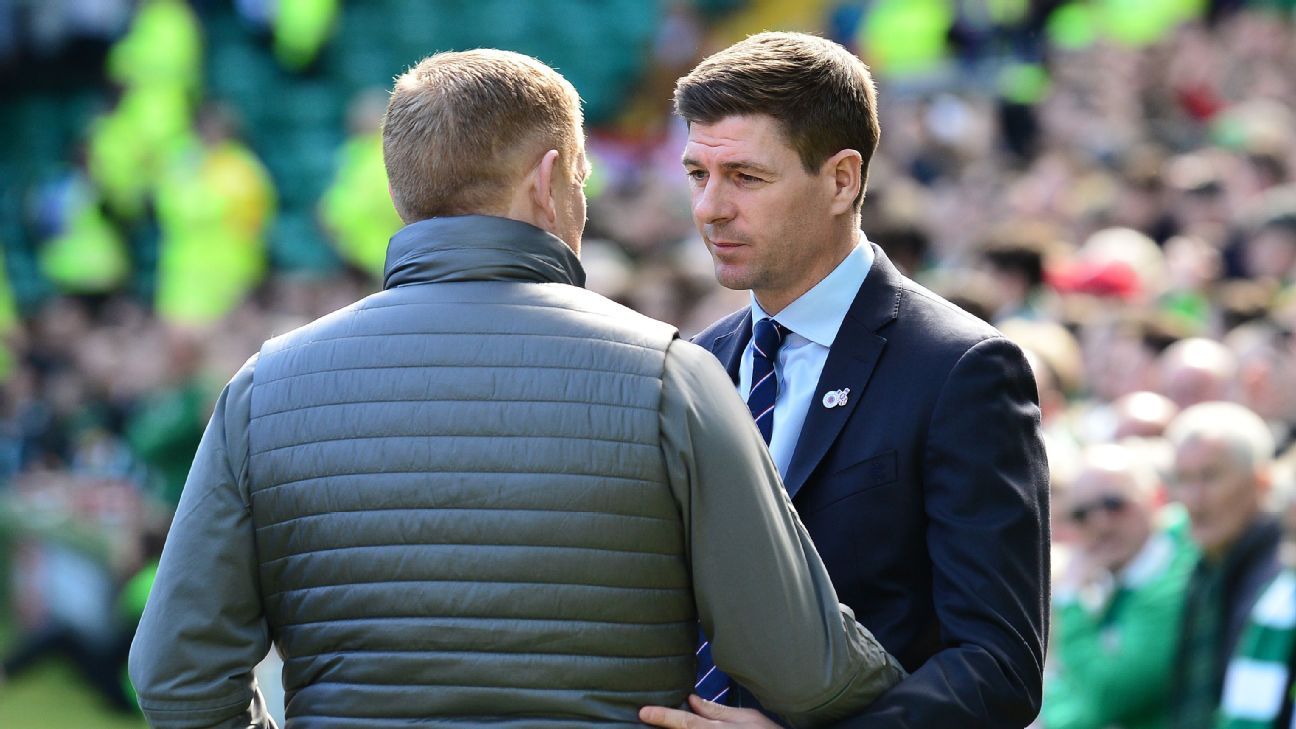 Celtic grabbed a late winner as they beat 10-man Rangers 2-1 in the Old Firm Derby to go 13 points clear at the top of the Scottish Premiership.

The runaway leaders took a first-half lead through Odsonne Edouard but, after Rangers had Alfredo Morelos sent off for an elbow on Scott Brown, on-loan Liverpool winger Will Kent levelled for Steven Gerrard’s side.

But with four minutes remaining, Callum McGregor and Edouard combined to find James Forrest, who fired home the crucial goal.

Rangers keeper Allan McGregor was forced into an early save when Olivier Ntcham steered the ball goalwards from close range after Kieran Tierney had got down the left and crossed.

But the home side broke through after 27 minutes as striker Edouard got between two Rangers defenders and raced on into the area to fire home.

Things got worse for Rangers on the half-hour when Morelos was sent off for swinging his elbow at Celtic captain Brown — the fifth time Morelos has been shown a red card this season.

Minutes later, only a superb save by McGregor prevented Celtic from making it two, Tierney’s fizzing shot brilliantly tipped away.

Scott Sinclair almost doubled the home side’s lead in the early stages of the second half but saw his strike deflected into the side netting, and then Mikael Lustig sent a thumping strike from outside the area narrowly wide.

But after 62 minutes the 10 men of Rangers were level thanks to on-loan Liverpool winger Kent, who latched on to James Tavernier’s pass, got away from Brown and Dedryck Boyata and fired in off keeper Scott Bain.

Gerrard’s side had a chance to win it with a quarter of an hour remaining, but Ryan Jack could only steer Kent’s pull-back over the bar from inside the area.

The Liverpool legend brought on Jermain Defoe for the closing moments, but his side were dramatically denied a point as Forrest kept his cool to settle the derby.

And they had a second player dismissed when a melee broke out after the final whistle, Andy Halliday shown a second yellow card.