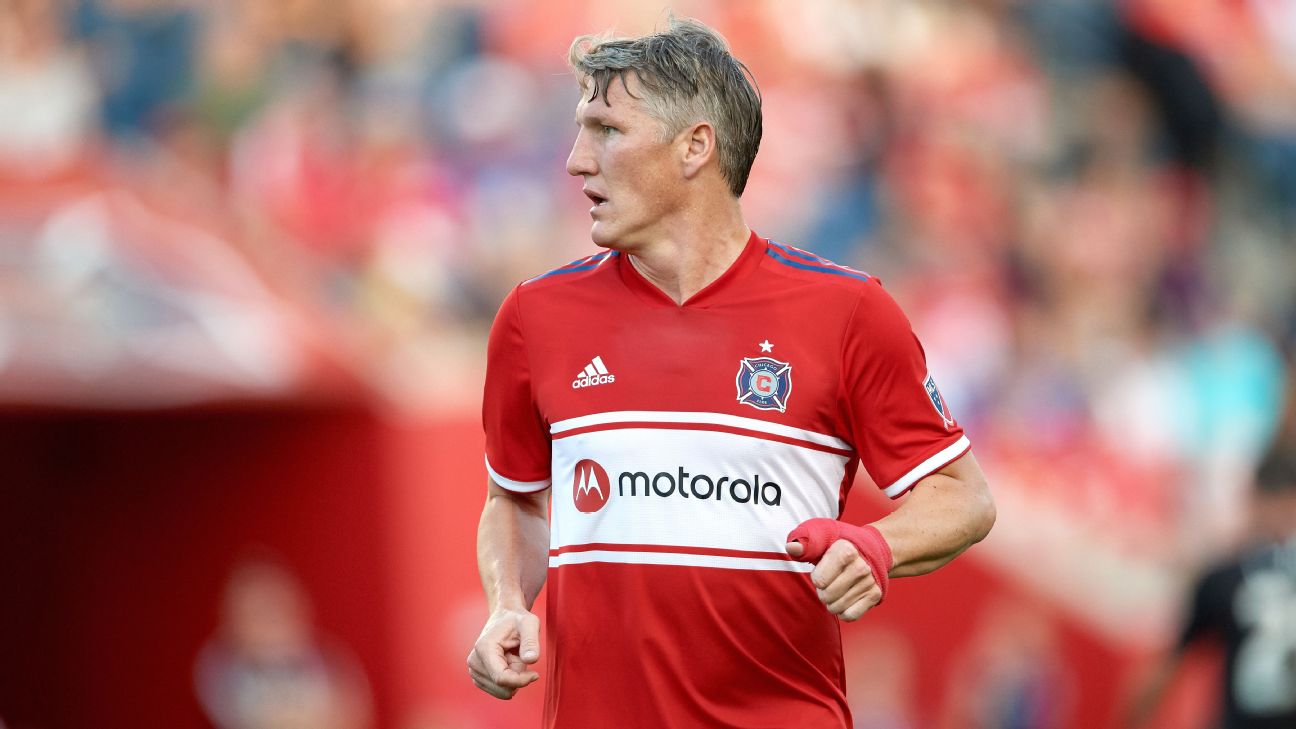 In a statement released on social media Schweinsteiger announced his decision and thanked his former teams as well as his wife, former tennis player Ana Ivanovic.

“Saying goodbye as an active player makes me feel a little nostalgic, but I am also looking forward to the exciting challenges that await me soon,” he said. “I will remain faithful to football. Many, many thanks for the time we spent together, I will always have a place for you in my heart.”

Schweinsteiger and Ivanovic welcomed their first child in March 2018 and had a second boy this August.

Schweinsteiger, 35, was best known for his time with Bayern Munich and Germany but also spent a brief spell at Manchester United between 2015 and 2017.

He won eight Bundesliga titles and seven German cups with Bayern as well as the 2013 Champions League.

With Germany, Schweinsteiger won the 2014 World Cup and finished third in 2006 and 2010. He made 121 appearances for Die Mannschaft, making him fourth on their list of most capped players and scored 24 goals.

Germany coach Joachim Low called Schweinsteiger “one of the greatest German players ever.”

Bayern CEO Karl-Heinz Rummenigge said: ”A fantastic career comes to a close. Basti has won everything there is to win in world football. He’s also a great person; the door will always be open to him here at FC Bayern.”

After leaving United in 2017, Schweinsteiger moved to Major League Soccer with the Chicago Fire.

During his first campaign he helped the Fire to reach the playoffs for the first time in five years but in his second and third years at the club they failed to qualify.

His final appearance was in Sunday’s 5-2 win over Orlando City.