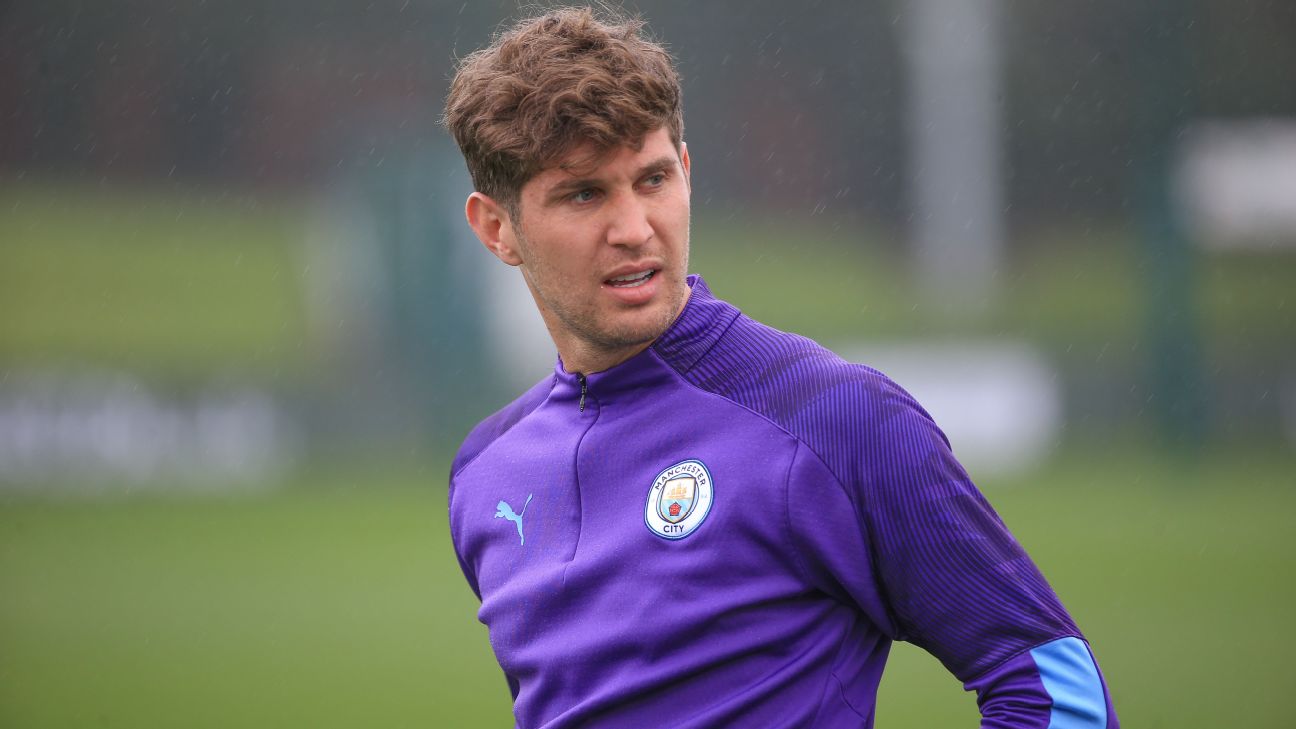 KHARKIV, Ukraine — Pep Guardiola has revealed Manchester City are down to just one fit central defender after John Stones added to their injury woes.

Aymeric Laporte has already been ruled out until after Christmas after undergoing knee surgery.

And speaking ahead of the Champions League tie with Shakhtar Donetsk, the City boss admitted his options have been further reduced after Stones picked up a thigh injury in training on Tuesday morning.

It leaves Nicolas Otamendi as the only fit centre-back with Guardiola facing the prospect of using midfielder Fernandinho, right-back Kyle Walker or youngsters Eric Garcia and Taylor Harwood-Bellis to plug the gap.

“We’ve just one centre defender but I believe a lot in the spirit and commitment and everybody must make a step forward to solve this problem that we have.

“I think we can come back with Dinho [Fernandinho], Garcia and [Bellis] from the academy and we are going to go for the next months.

“Sometimes these situations happen and we are not going to complain.

“We are going to get 11 players on the pitch. I like it, to be able to prove myself and find a solution.”

City are facing Shakhtar Donetsk in the group stages of the Champions League for the third time in a row.

Guardiola joked that he has “bought an apartment” because he has been back so often to Kharkiv — the city in which Shakhtar have played since 2017 because of conflict in Donetsk.

The reigning Ukrainian champions have a 100 percent record so far this season after winning their opening seven league games.

Meanwhile, City warmed up with the trip with a shock 3-2 defeat at Norwich, their first Premier League loss for nine months.

Sky Sports pundit Gary Neville said City would struggle to win another title with Stones and Otamendi playing at the back but Guardiola was quick to leap to their defence when given the chance to answer back.

“No comment about what the pundits [say],” said Guardiola.

“I have a lot of respect for what John and Nico have done, what they continue to do for our club. They are pundits, it’s their job.”

City lost here 2-1 in 2017 but won their games against Shakhtar last season 9-0 on aggregate including a comfortable 3-0 win at Metalist Stadium.

The Champions League remains the only major trophy Guardiola has not won during his spell at the Etihad Stadium and he has warned his players against making a slow start as they prepare to get their latest campaign underway.

“It’s so important if we are able to win away,” said Guardiola.

“It will be an important step because we are strong at home. Last season we lost our first game, it’s a short competition and we have to careful.

“We have incredible respect. The way they play is not common. It is always difficult to play against them.”