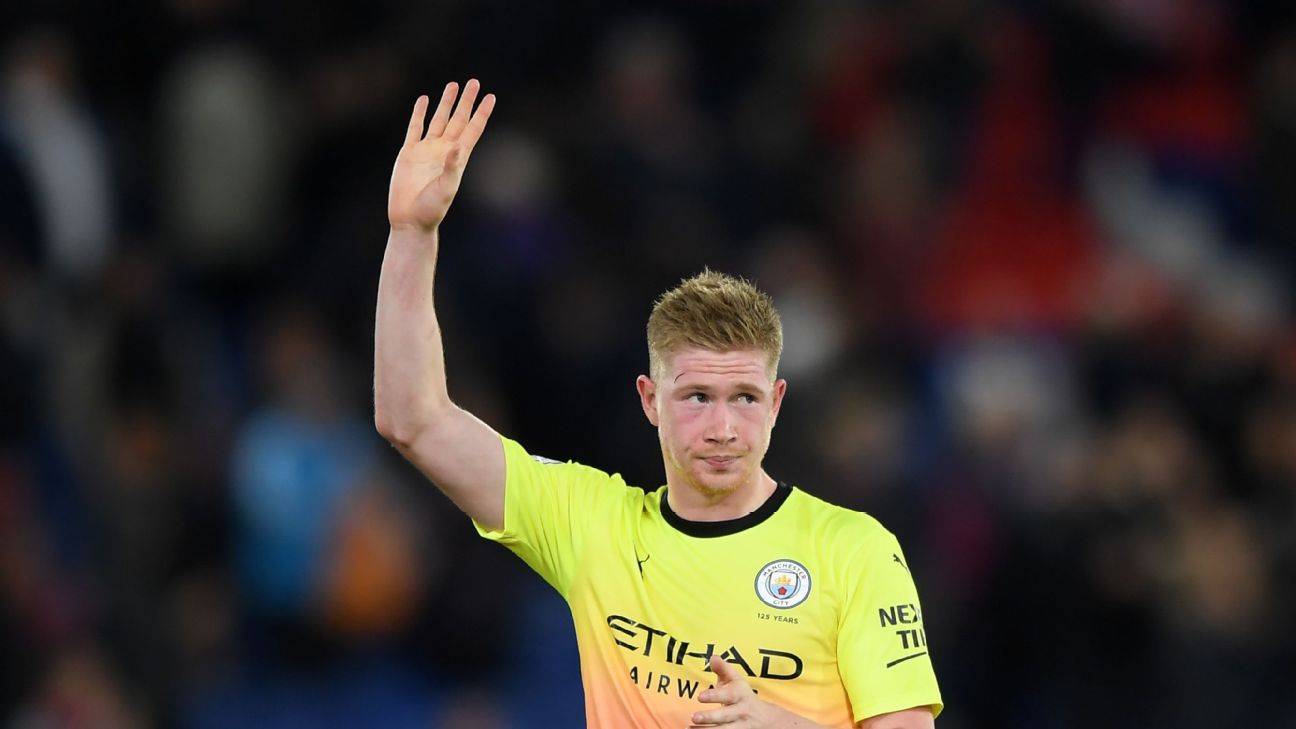 Manchester City returned to winning ways in the Premier League with a comfortable 2-0 win over Crystal Palace at Selhurst Park. Guardiola’s side struggled to break through for much of the first half but managed to put themselves in firm control with two goals in as many minutes from Gabriel Jesus and David Silva.

City’s gradual but consistent pressing continued to create problems at the back for the Eagles from the first minute until the very last. They were quick at finding openings, and when the time came to calm the pace of the game down in their favour, they did so flawlessly.

The champions got lucky on a few occasions after being caught out on the break, with it being clear that they were willing to welcome on Palace’s attacking threat. At certain points throughout the first half the final ball was lacking, and until they were able to calm the crowd down and change things up, they seemed to panic in possession under pressure. Finally, with a makeshift centre-back pairing of Fernandinho and Rodri, Ederson was forced to make two brilliant saves which prevented things from getting more nervy at the end.

9 — Guardiola was forced to test the waters with a new look starting XI, especially at the back, due to a series of injuries and it paid off. His trust in certain players throughout the core of the squad allowed City to play the game at their own tempo, and he was methodical when it came to making his substitutions.

GK Ederson, 8 — Made a few crucial saves late in the day to preserve his clean sheet and once again prove he belongs in the best goalkeeper in the world conversation.

DF Joao Cancelo, 6 — A few lapses in concentration left many travelling fans feeling a bit concerned, but he was let off the hook courtesy of the hosts’ inability to make him pay.

DF Fernandinho, 8 — Caused a scare after going down with a head injury but managed to shake it off. Looked incredibly composed at the back both on and off the ball and repaid the faith shown in him by Guardiola.

DF Rodri, 7 — Was a bit too eager to carry the ball forward at times and could’ve been caught out against a better side. Questionable decision-making on occasion but never put City in any major danger.

DF Benjamin Mendy, 6 — Incredibly erratic at times and often felt like a ticking time bomb that could make a crucial mistake at any moment. Was physical when he needed to be but remains a worry.

MF Bernardo Silva, 8 — Constantly cut inside and caused a world of problems for Crystal Palace. Provided a delightful ball for the first goal and came close to scoring twice.

MF Ilkay Gundogan, 6 — Switched back and forth between keeping the play steady in the middle of the park and gifting opportunities to the opposition.

MF Kevin De Bruyne, 8 — Found openings with ease and looked as fresh as ever on his return from injury. Broke well for the second goal and was unlucky not to win a penalty under a Zaha challenge and also hit the post late with a glancing header.

MF David Silva, 7 — Made up for any quiet spells with a delightful volleyed finish in the 41st minute to make it 2-0. Quick and fluent with his movements as always before being substituted off in the 79th minute.

FW Gabriel Jesus, 8 — Was isolated early on but really came into the game and made it his own. Headed in the opening goal in the 39th minute and never stopped fighting for every ball. Will be criticised for not squaring the ball to De Bruyne who would have had a tap-in to make it 3-0.

FW Raheem Sterling, 7 –– Had a few key chances to score but couldn’t quite take them. Provided a wonderful chipped pass for David Silva’s goal and picked up a suspect yellow card.

DF John Stones, N/R — Made his much-awaited return after a long spell out with injury but didn’t have much time to make an impact in 10+ minutes on the pitch. Helped City see out the final moments.

DF Phil Foden, N/R — Came on in the 90th minute to help kill the clock and see out the win.