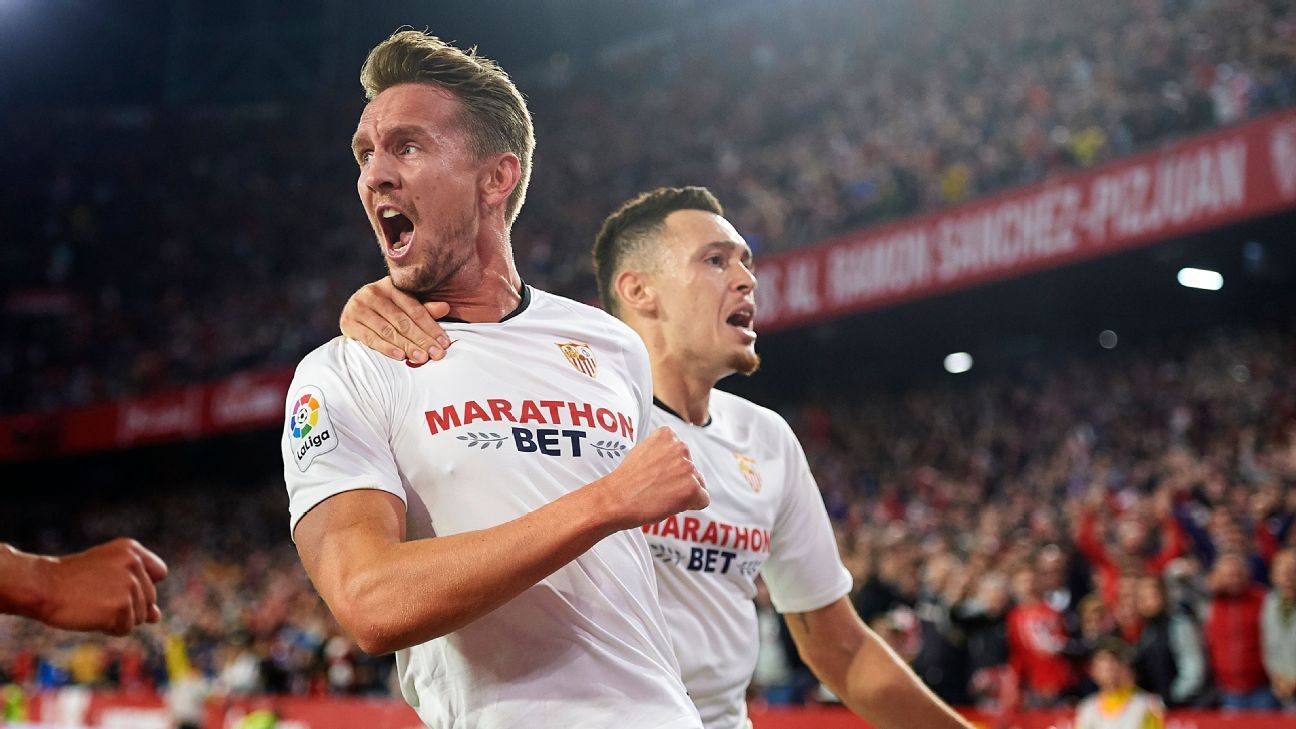 Sevilla striker Luuk de Jong scored his first goal for the club to give them a deserved 1-0 win at home to Levante on Sunday in La Liga to go level on points with fourth-placed Real Sociedad.

The Dutchman had failed to score in his previous seven starts for Sevilla since his move from PSV Eindhoven and was dropped to the bench against Levante after missing a glut of chances in his side’s 4-0 defeat at Barcelona.

He was brought on with 18 minutes to go as his side desperately chased a winner after failing to convert numerous chances and finally broke the deadlock by calmly nodding in a cross from Jesus Navas in the 86th minute.

The victory takes Julen Lopetegui’s side up to sixth place in La Liga on 16 points after nine games, level with Real Sociedad in fourth and Atletico Madrid in fifth. Barcelona lead the standings on 19 points.

Lopetegui praised De Jong for continuing to work hard despite his difficult start to life in La Liga.

“The team are very happy about getting the three points but they are also happy for him because we all know how hard he (De Jong) works for the team and hard work always pays off,” Lopetegui told reporters.

Mexico forward Javier Hernandez had missed a glaring opportunity to open the scoring before De Jong struck, side-footing wide of the target from close range after having a strike ruled out after a VAR review in the first half.

“Every victory in La Liga is paid for in blood, sweat and tears. We did more than enough to deserve to win but that alone does not win you matches,” Lopetegui added.

Sociedad came from behind after an early strike from Loren Moron to beat Real Betis 3-1 earlier on Sunday thanks to an own goal from Javi Garcia and further strikes from Willian Jose and Portu.

Atletico were held to a 1-1 draw at home to Valencia on Saturday.