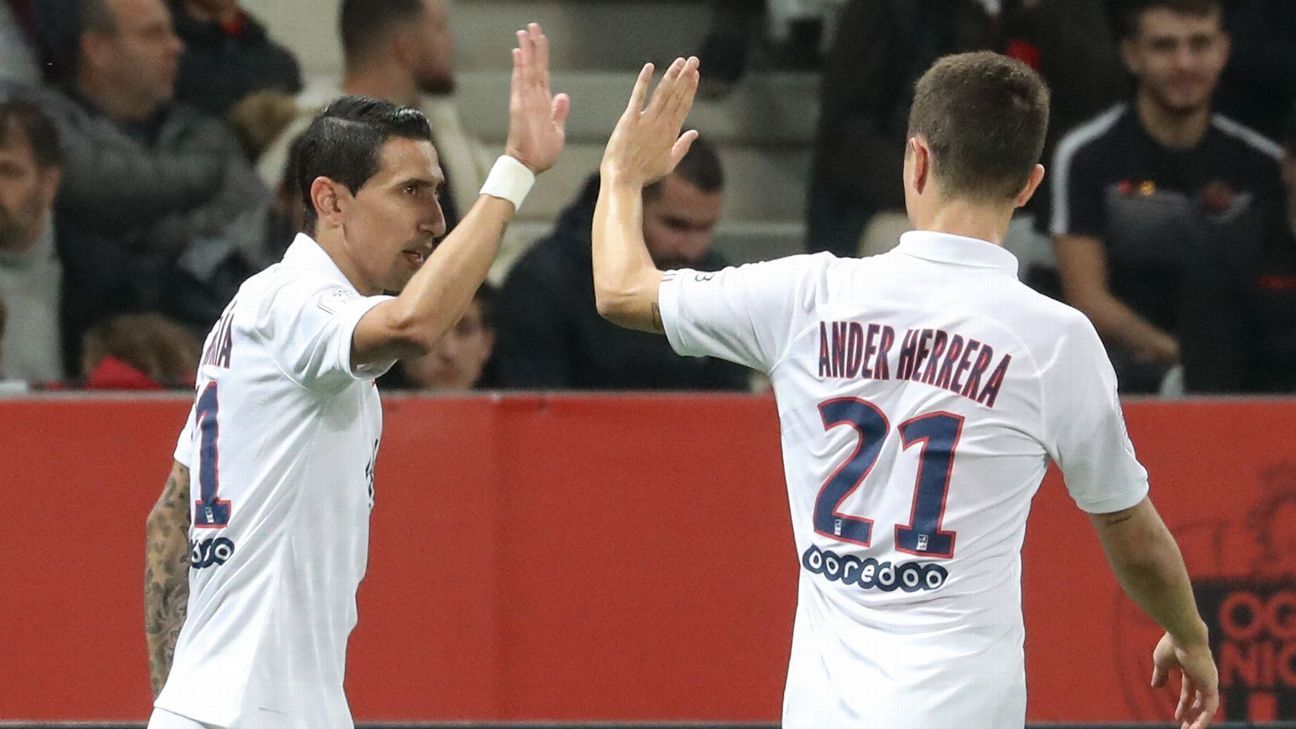 Angel Di Maria once again proved his worth with a double that earned Paris St Germain a 4-1 win at Nice and a five-point lead in the Ligue 1 standings on Friday.

The result put PSG on 24 points from 10 games as Nice, who reduced the arrears in the second half through Ignatius Ganago, finished with nine men after Wylan Cyprien and Christophe Herelle were sent off during the last 20 minutes.

Kylian Mbappe came off the bench in the closing stages to round off the win to mark his return from injury.

Nice are ninth on 13 points.

Nantes, who are second on 19 points, will play Metz on Saturday with Olympique Lyonnais new coach Rudi Garcia making his debut at home against Dijon in the day’s opening match.