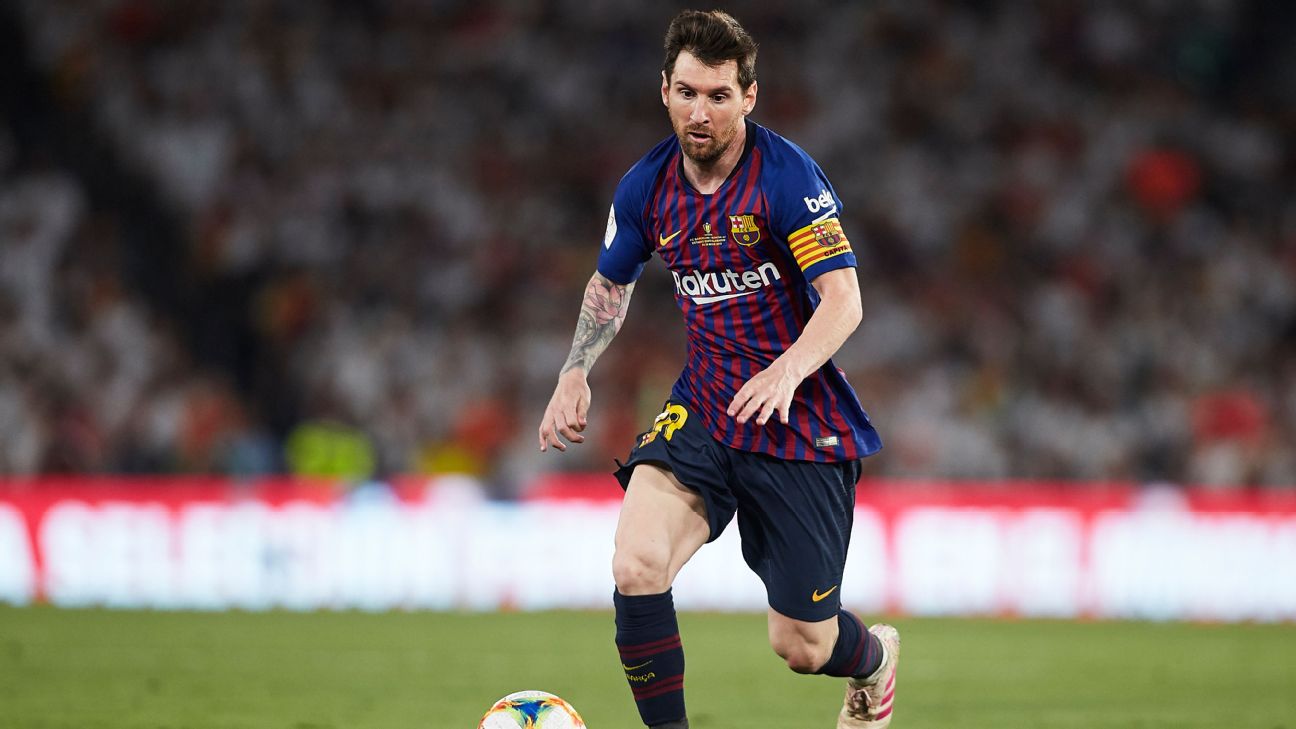 Barcelona coach Ernesto Valverde has all but ruled out Lionel Messi‘s return from injury for next week’s Champions League game at Borussia Dortmund.

The Argentinian forward has been sidelined with a calf problem since August and will sit out Saturday’s league game against Valencia as well as the European opener in Germany.

ESPN sources reported on Wednesday that it was unlikely that Messi would play against Dortmund and Valverde said as much in a news conference on Friday.

“I’m not a doctor but it seems as Messi’s scar opened up a little bit and we’ve been taking it easy,” Valverde said. “I see it difficult [returning] for Tuesday’s game. He is a decisive player. We want him back as soon as possible but we want him at full fitness.”

However, Valverde believes that other players can deliver in Messi’s absence.

“Of course, we are always going to notice Messi’s absence because he is the best player in the world but this is an opportunity for other players to step up their game,” he said. “[Antoine] Griezmann did so against Betis and we want him to have more continuity.

“There have been other times when we’ve been without Messi and we’ve got through it. He missed three or four games last year with an arm injury and we did well.”

Luis Suarez is expected to return to play against Valencia having recovered from a calf injury sustained on Aug. 17.

“We are slowing recovering players in attack and we are capable of overcoming those players who are sidelined,” Valverde said. “Suarez trained yesterday and today. I think he could be ready.”

Valverde, meanwhile, was asked about Messi’s future after a report revealed that he has a clause in his contract, which runs until June 2021, that allows him to leave at the end of each season. And Messi insists he is happy at Barcelona provided they have a winning project.

“Messi’s future does not worry me,” he said. “Everyone decides their future just as the club does. I know how Messi expresses himself and everyone seems to interpret his comments and re-interpret what he says when in fact he just says it naturally. You can’t read too much into it.”

Valverde was also asked about Neymar‘s failed returned to Barcelona with the Brazilian staying another season at PSG.

“We spoke about Neymar before, during and after the transfer window closed,” he said. “Enough. He is a great player who I coached for 15 days. Everything has been published and that’s something I don’t like.”