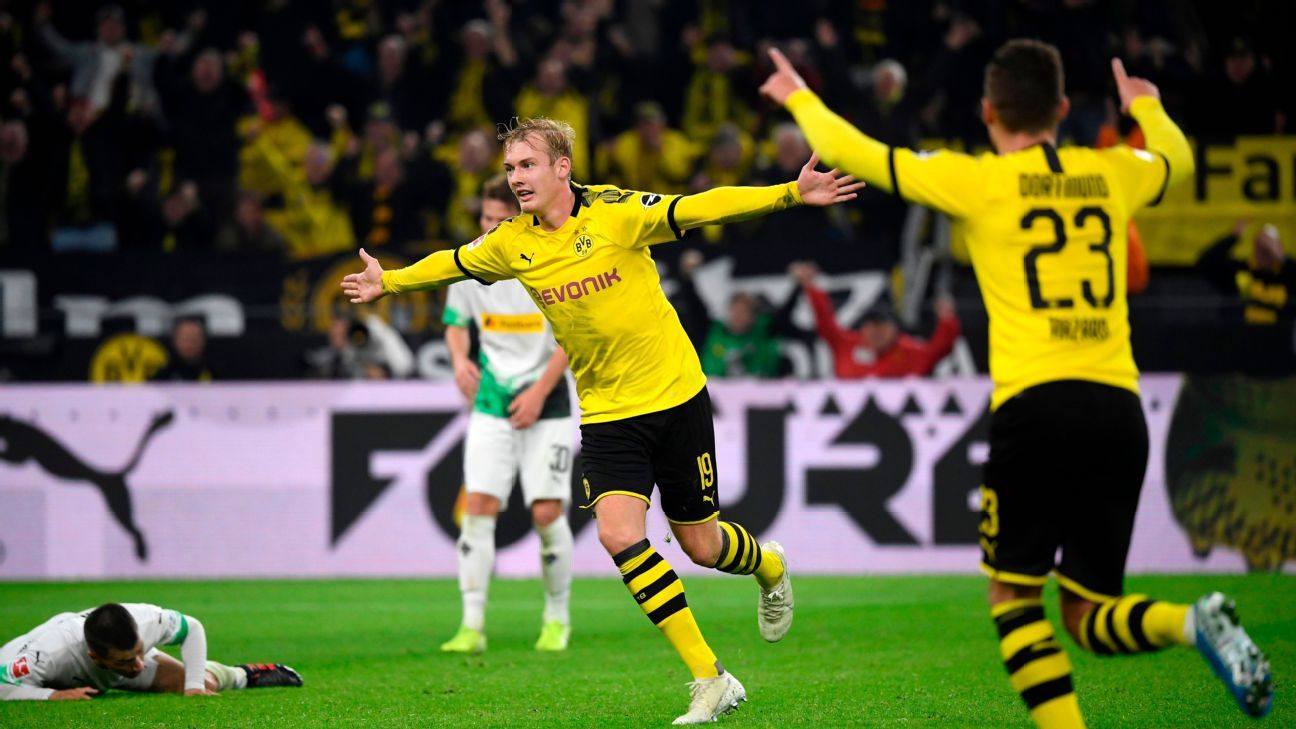 Borussia Dortmund edged past Bundesliga leaders Borussia Moenchengladbach 1-0 on Saturday thanks to captain Marco Reus’ second half winner to cut the gap to the top to one point.

Reus broke the deadlock in the 58th minute, slipping the ball through the legs of keeper Yann Sommer for the goal that gave Dortmund their first win in four league games.

The Ruhr valley club, who were without Jadon Sancho after he was dropped from the squad following his late return from international duty, move up to fourth on 15 points, level with third-placed Bayern Munich, who drew 2-2 at Augsburg, and RB Leipzig.

Gladbach, on 16 points, lead the standings ahead of unbeaten VfL Wolfsburg, who drew 1-1 with Leipzig, on goal difference.