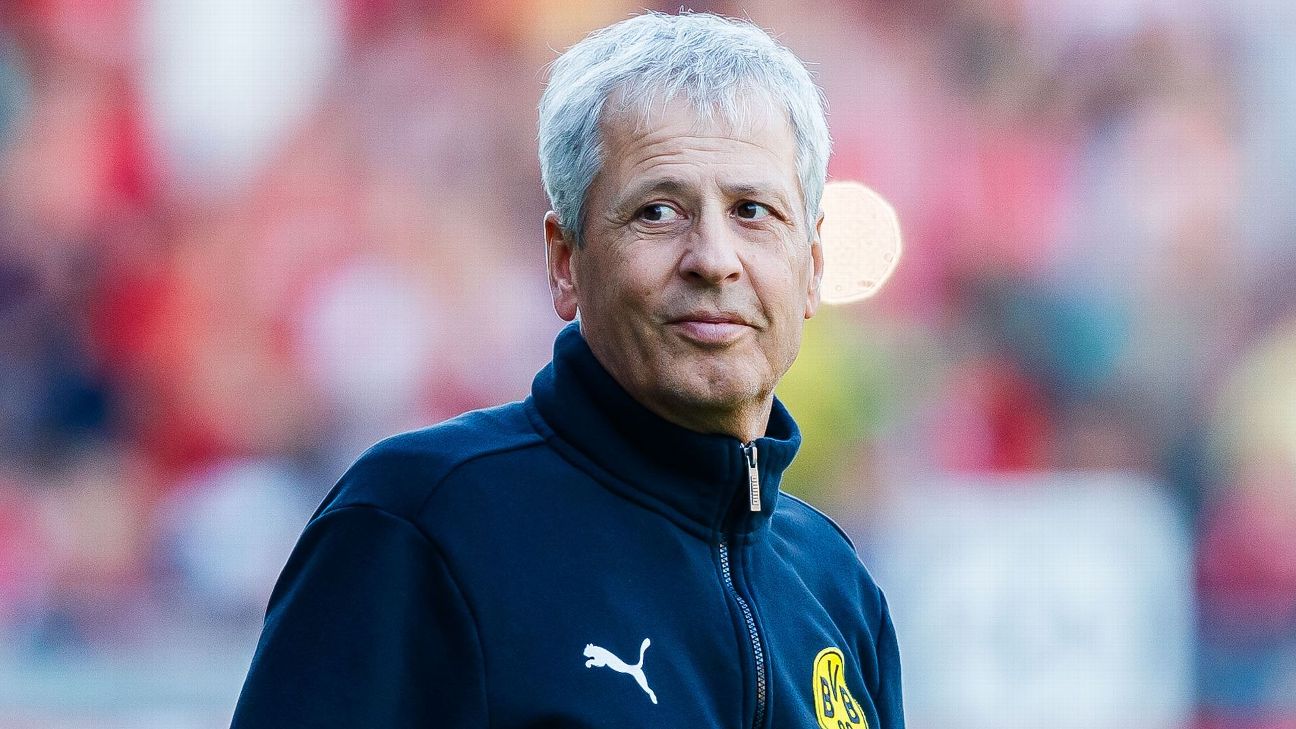 Borussia Dortmund sporting director Michael Zorc has rejected reports of a rift between the club and manager Lucien Favre over targeting the Bundesliga title as the main goal this season.

Dortmund took last season’s title race to the final day before losing out to Bayern Munich and announced at the beginning of this campaign that their target was to lift win their domestic league trophy for the first time since 2012.

– Champions League group stage: All you need to know

“There is no dissent,” Zorc told a news conference ahead of Saturday’s Bundesliga match against Bayer Leverkusen when asked about reports of a rift with Favre.

“Do you really think we set goals without talking to the coach first? That’s insane. How often do I have to repeat that? I know you don’t like to hear it.”

Following a 3-1 defeat away at newly promoted Union Berlin before the international break, Favre made cryptic remarks, which appeared to suggest he feels a title challenge is beyond his side.

“We must be careful what we say,” he said after the loss. “I’ve said that for a while: there is a lot of work to be done and we can’t change it now.”

Favre has since said “I always wanted the maximum as a coach,” and added that he only meant he did not wish to talk about the title “every day.”

The quotes had led to several reports in German media that there was a rift between the club and Favre.

“We’ve reached an agreement in principle with the player,” Zorc said. “We still need to sort out a few details, but I am optimistic we will do that.”