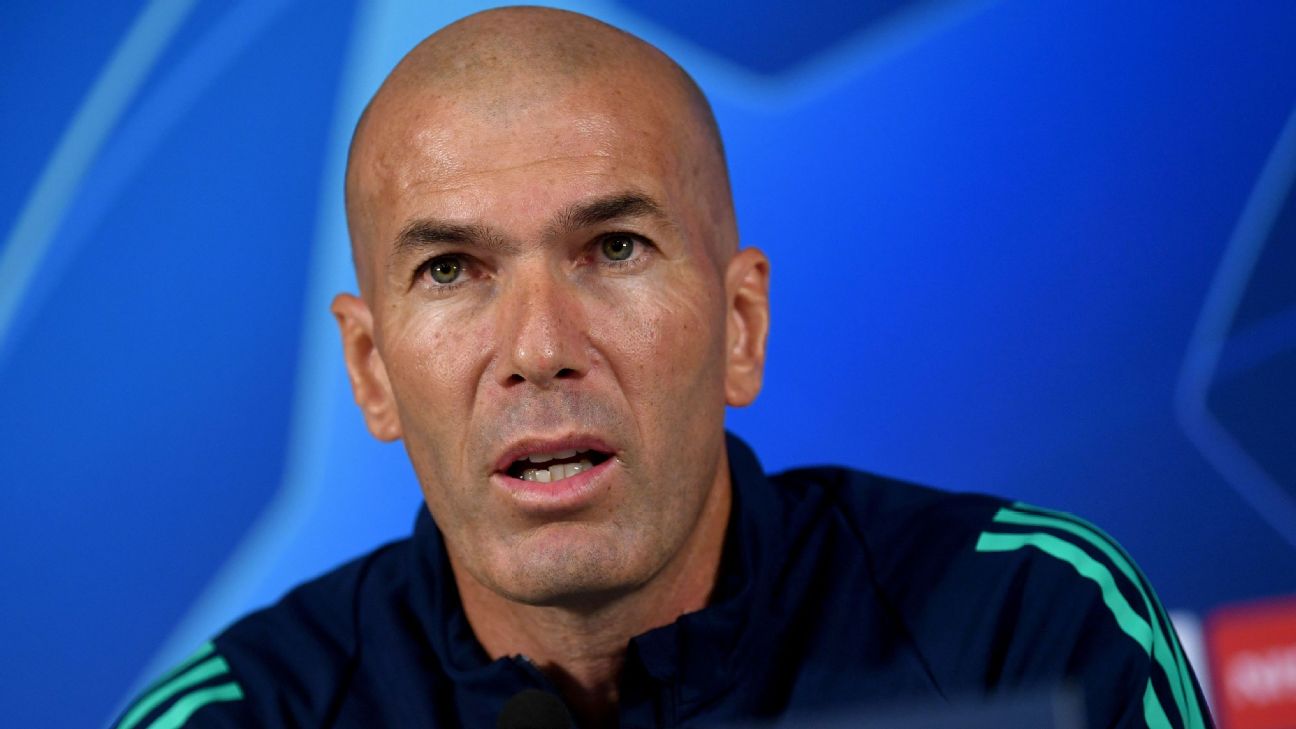 Real Madrid coach Zinedine Zidane on Monday admitted that his future at the club is not in his own hands.

Rumours persist that the Frenchman could be sacked if Los Blancos don’t get their first Champions League win of the season on Tuesday at Galatasaray, but Zidane told reporters ahead of the clash that he’s hoping remain at the Bernabeu for life.

“I would like to be here forever,” he said in the pre-match news conference on Monday.

Madrid are last place in Group A after losing 3-0 at Paris Saint-Germain and barely saving face in a 2-2 draw with visiting Club Brugge. And Zidane’s preparations are far from ideal for Tuesday’s game in Istanbul after his heavily rotated squad surrendered its Spanish league lead on the weekend in a 1-0 loss at Mallorca.

“Everyone knows our situation. We had a bad start in the Champions League but tomorrow we have a match which is our chance to show what we can do,” Zidane said.

Regarding his own job security, Zidane said: “I don’t know. Don’t ask me. I want to be here forever. We all know the situation. You’ll have to ask someone else.”

He added: “The past is behind us. Clearly I am not going to say that I don’t get upset about what people say, because I do. But I can do nothing about the opinions of others. What I have to do as manager is give my best and think positive. We have a great match to play in a great stadium and we know what we are up against.”

A third straight setback could leave the team in danger of not making it out of the group stage of the Champions League for the first time since the 1989-90 season.

Coming off the demoralising loss to promoted Mallorca in La Liga, Zidane needs to somehow put together a squad without Luka Modric and Gareth Bale. Also not making the trip to Turkey are Lucas Vazquez and Marco Asensio, while there are doubts about Toni Kroos following a long injury layoff.

“We have injured players, it is what it is,” Zidane said. “We can’t change the situation. That can’t be used as an excuse. We have other players in the team and everyone has to show that they have what it takes to be here.”

Team captain Sergio Ramos defended his coach and encouraged the team to play with attitude.

“We need to pay attention to our own business,” Ramos said. “We cannot control the opinions of others. Nothing fazes Zidane anymore, he knows how this club are and the demands upon us. He knows perfectly well that we are measured by results. We have to be immune to both praise and criticism. If we don’t, our play will be affected. We have to get the results that will give us a margin of comfort.

“It is true that we are held to a higher standard and we become targets in that sense. But attitude is not negotiable. It is part of what it means to be of Madrid. That is why we must leave everything on the pitch.”

Ramos said he did also not know what Zidane’s future would be. “It would be easy to say that Zidane will be with us until the end of the season, end of discussion. I know that the media always want interesting news, but all this talk about potential coaching changes wears us out.”

Last season’s worries were supposed to disappear after Zidane returned to take over Madrid’s dysfunctional team. But the problems have continued through an expensive summer rebuilding campaign and an unconvincing start to the league.

In addition to those who are out or doubtful for Tuesday’s match, Madrid goalkeeper Thibaut Courtois has faced heavy criticism amid questions from supporters over why he was preferred to Keylor Navas, who joined PSG in the offseason.

The Associated Press was used in this report.