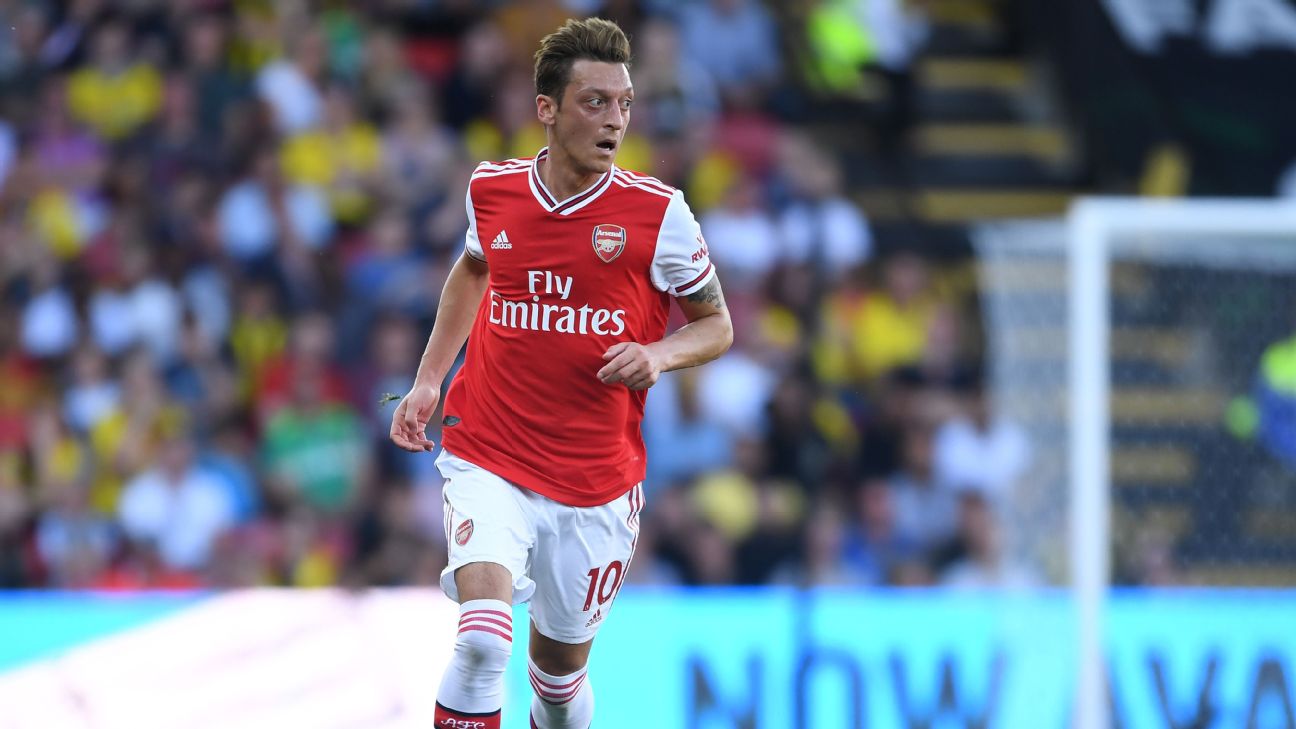 Arsenal boss Unai Emery said he has left Mesut Ozil out of the squad for the Europa League group stage trip to Eintracht Frankfurt because the German midfielder needs a rest, despite having only played 71 minutes of football this season.

Ozil, 30, made his first appearance of the campaign in Arsenal’s 2-2 draw with Watford on Sunday, where he started and was replaced on 71 minutes by Reiss Nelson.

However, he is not part of the squad which has travelled to Germany because Emery said he is keen to rotate.

“We are playing a lot of matches and I want to use different players, and also have some rotation in the first 11 and in the 19 players in the squad for [Frankfurt],” the former Paris Saint-Germain manager said.

“We are going to play another match on Sunday. My decision is because he [Ozil] played, and I decided who the players are who can be the best for tomorrow, and also the players not, and those are Sokratis [Papastathopoulos] and Mesut.”

Thursday’s clash in Frankfurt would have been Ozil’s first return to Germany since he quit the national team after the 2018 World Cup, amid claims of racism.

Asked whether that was behind Emery’s thinking, the Spaniard replied: “No.”