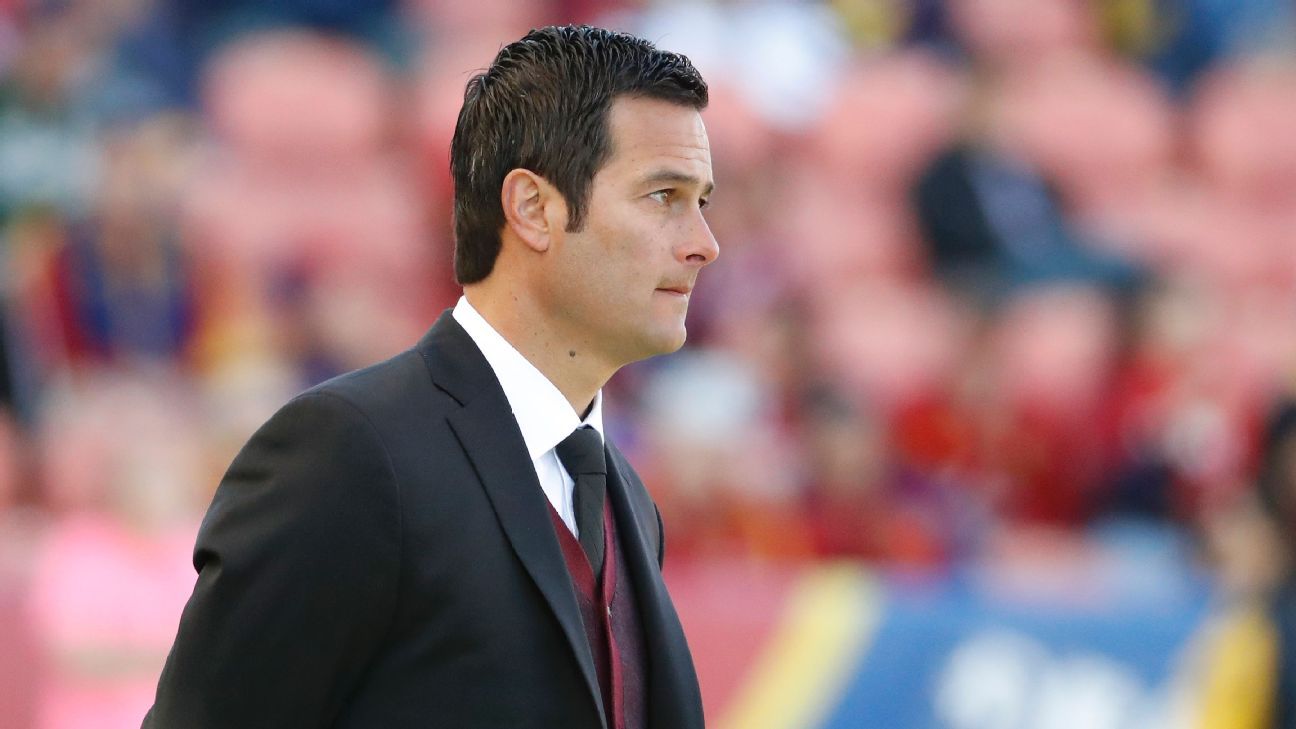 The lawsuit, filed in Utah’s Third Judicial District for Salt Lake County, seeks to have RSL pay Petke the remaining $687,500 on his contract, as well as “exemplary damages, attorney fees, costs, prejudgment and post-judgment interest, and all such other relief to which he may be entitled both at law and equity.”

In a statement, RSL said it “is aware of the lawsuit filed by former head coach Mike Petke. As previously reported by RSL, Mr. Petke’s employment was terminated for cause based upon statements and actions that are unbecoming of RSL representatives, especially our head coach. The organization stands firmly behind that difficult decision. The club will have no further comment on this pending litigation.”

Petke, who became RSL’s manger back in 2017, was fired on Aug. 11, the day before he was scheduled to return from a two-week suspension. Back on July 24, following a Leagues Cup match between RSL and Liga MX side Tigres, Petke directed multiple anti-gay slurs in Spanish at match referee, John Pitti. As a consequence of his actions, Petke was suspended from all club activities without pay for two weeks, fined an additional $25,000, suspended for three MLS league matches and three Leagues Cup matches, ordered to take anger management classes as well as sensitivity and diversity training, and required to write letters of apology to MLS commissioner Don Garber, EVP of Competition and Player Relations Todd Durbin, and the referees involved.

According to the filing, the penalties directed at Petke were written into an amendment to his contract. But rather than allow Petke to return, RSL owner Dell Loy Hansen decided to terminate Petke’s employment over the aforementioned incident. This came after an impromptu discussion with fans following a match involving the Utah Royals of the NWSL, in which Hansen said he was considering firing Petke. Petke was later given the option of resigning with a $75,000 payout, or being fired without pay.

“Despite the team’s [RSL’s] and owner’s [Dell Loy Hansen] outrageous, intentional, and reckless conduct, the coach did not relent and agree to resign because he had previously signed a binding amendment to his employment contract with the team, which expressly provided that the coach would return to his position upon the expiration of his suspension,” the filing read. “Consequently, the owner had the team immediately fire the coach and inflict additional, unwarranted economic damages on the coach and his family by refusing to pay the remaining salary the team owed the coach under a three-year contract. The owner also directed the team to execute a publicity campaign designed to damage the coach’s reputation and detrimentally impact the coach’s future job prospects in professional soccer.”

The filing states that RSL, relied on Section 3.01 of Petke’s contract in deciding to terminate his employment. That portion of the contract which allowed the organization to fire him for his “commission of any action or involvement in any occurrence that brings Club or Employee into public disrepute, scandal or ridicule, or reflects in a materially adverse manner on the integrity or reputation of the Club or the Owner, including, without limitation, dishonest, fraudulent, unethical or inappropriate conduct.”

But the lawsuit contends that the amendment included a stipulation that Petke could only be fired if he committed future infractions. Since Petke’s suspension hadn’t yet been completed, there was no way he could have committed any acts that would result in his contract being terminated.

“After brazenly breaching the agreement, RSL rubbed salt in the wound by issuing an inflammatory press release the evening RSL fired Petke,” the suit states. “The next day, Hansen provided a TV interview [with KUTV] where he painted Petke as lacking certain morals and values and claiming he was unfit as a person and as a professional.”