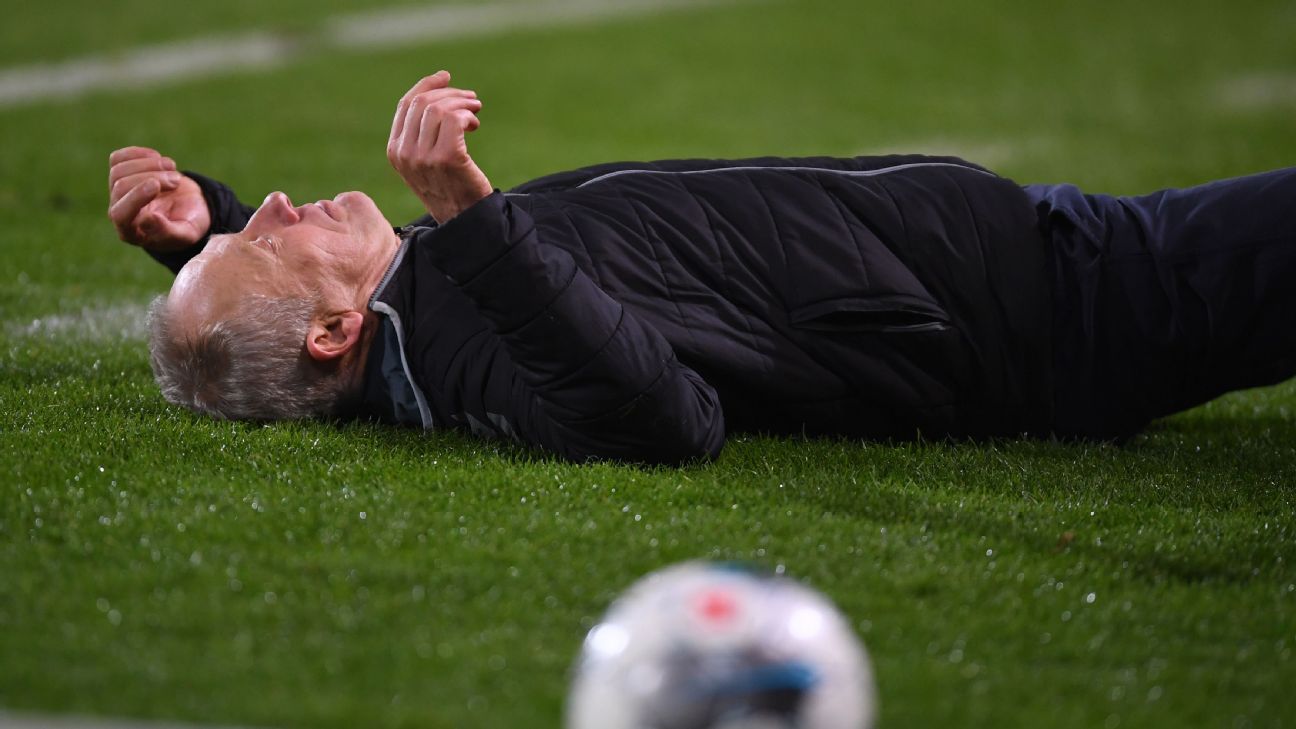 Eintracht Frankfurt captain David Abraham was sent off for knocking over Freiburg coach Christian Streich as their Bundesliga game ended in chaos and red cards on Sunday.

Freiburg were leading 1-0 when the ball went out of play in stoppage time. Streich let the ball go by as Abraham tried to recover it, and the Frankfurt captain bundled the coach over with his shoulder as he ran past. Upset Freiberg players and staff then chased the defender onto the field.

- ESPN+ gets Bundesliga rights starting in 2020

“He felt provoked, but that shouldn’t happen … he knows that,” Frankfurt sporting director Fredi Bobic said of Abraham. “There will be consequences for everyone involved.”

Freiburg assistant coach Florian Bruns was shown a yellow card and Vincenzo Grifo, who had already been substituted, was shown red after VAR picked him up targeting Abraham in the melee.

Streich said Abraham apologised to him afterwards and the coach considered the issue to be over.

“Football is a contact sport. That was on the wrong side of it though. It was a heated game, we need to calm down, it’s done, and not have silly talk about it now,” said Streich, who said he tried to brace himself pre-contact. “At 54 you can be run over by a young buffalo, you can’t hold yourself against it anymore.”

Freiburg won the game 1-0 thanks to Nils Petersen‘s 77th-minute goal.

Frankfurt, who defeated Bayern Munich 5-1 the weekend before, were dealt a blow before the break when Gelson Fernandes was sent off with his second yellow card.

The result lifted Freiburg to fourth on 21 points after 11 games, behind Bayern on goal difference.