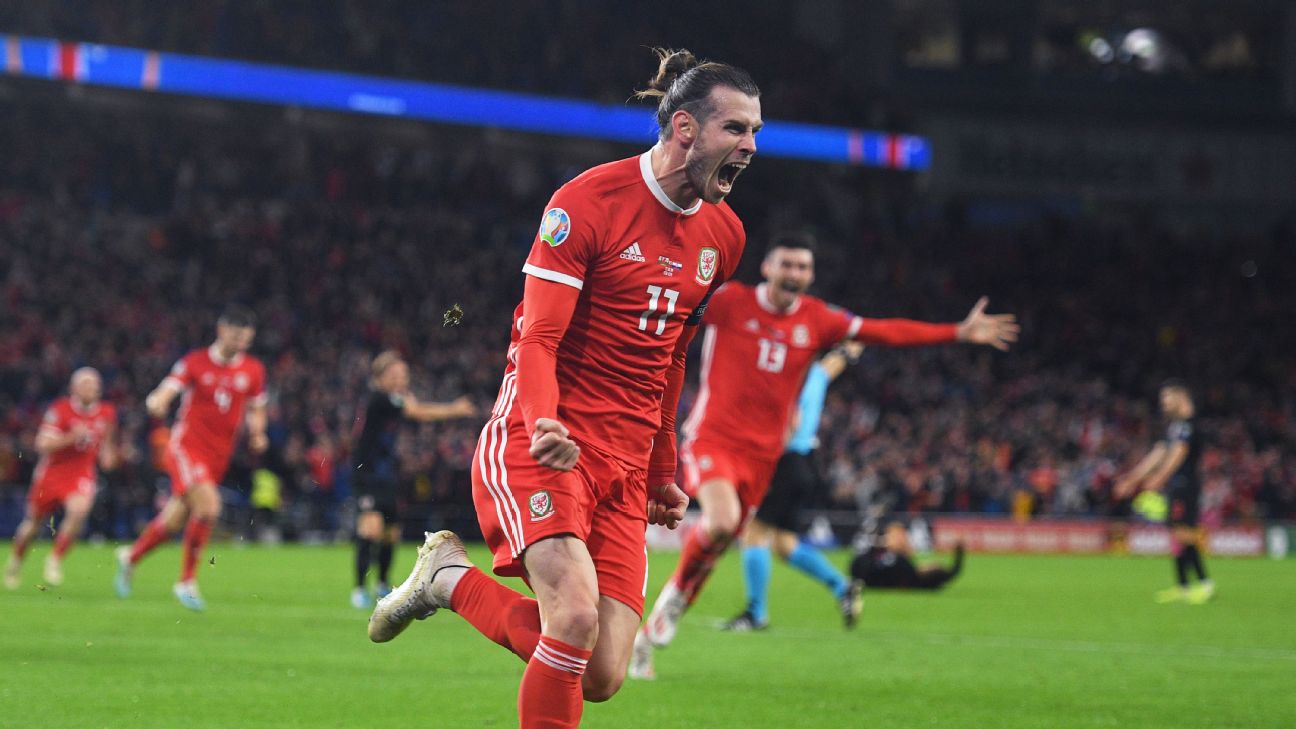 Gareth Bale has said he feels “more excitement playing for Wales” than he does representing Real Madrid.

The forward expects to feature for his country in their Euro 2020 qualifier in Azerbaijan on Saturday having not played for his club in over a month.

“With Wales, I’m speaking my own language and feeling more comfortable,” Bale said. “I definitely have a bit more excitement. It’s like playing with your mates down the park on a Sunday.”

Bale has faced widespread criticism in the Spanish media since picking up an injury in the last international break, with many questioning his commitment to the Madrid cause.

Real Madrid head coach Zinedine Zidane said Bale was “not injured, but not available” ahead of the La Liga match against Eibar last weekend.

“I’ve tried to get back as quick as I can,” Bale added. “If there had been a Real Madrid game this week I would’ve been fit.

“Maybe to them it doesn’t look great but it’s just a kind of coincidence. If I’m fit, no matter where I am, I’m going to try and play.”

Bale has also faced criticism from Spain for his love of playing golf, but the Wales captain said he is not affected by the comments.

“I find it hilarious to be honest, especially some of the pictures and stuff my friends send me,” he said.

“On one it said triple bogey — and I’ve never had a triple bogey! At least give me an albatross! It’s funny.”

Sources at Madrid have told ESPN FC that the club are “resigned” to the player’s situation, while insisting that he can still play an important role for them.

Earlier this month Zidane said he was counting on Bale’s involvement “until the end of the season,” ruling out a January departure.