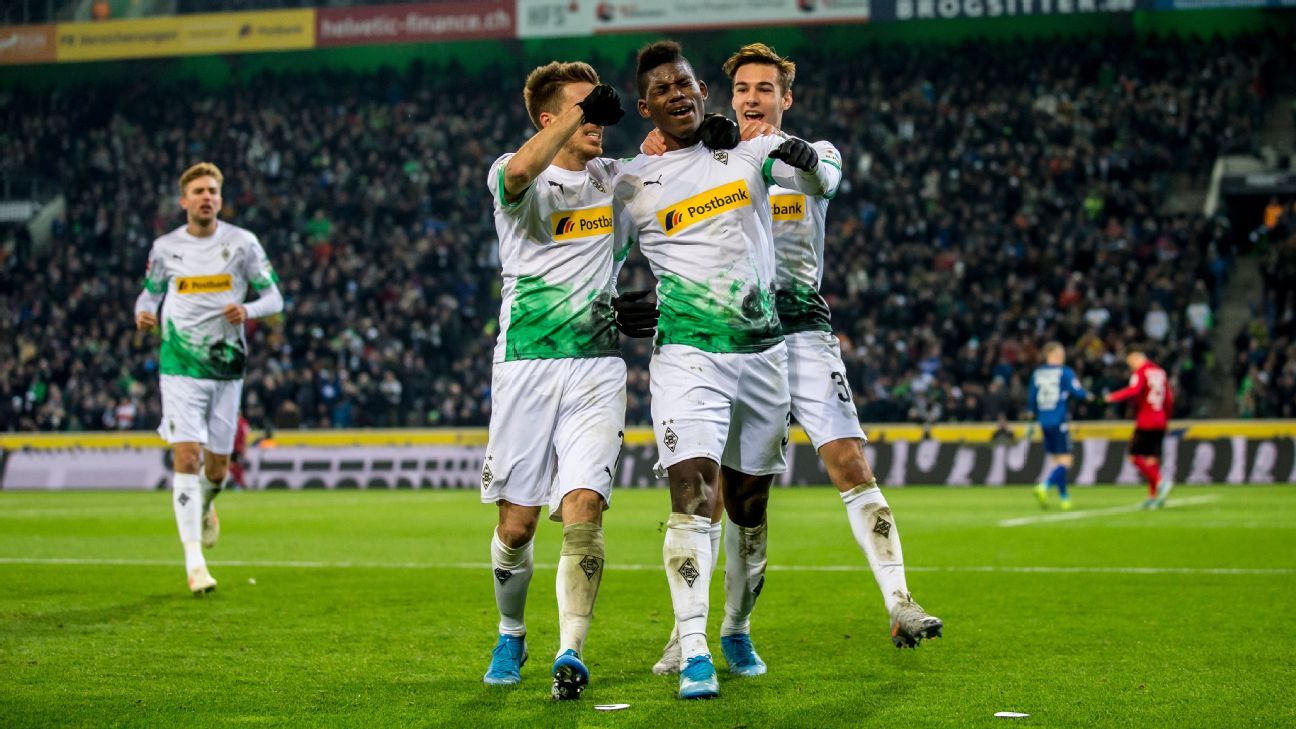 Borussia Monchengladbach forward Breel Embolo scored twice, set up another and also missed a penalty as the league leaders beat Freiburg 4-2 in a rollercoaster game on Sunday to stay one point clear at the top.

The game got off to a fiery start with Gladbach taking the lead through Marcus Thuram in the third minute and Freiburg, who had lost only one of their previous nine league games, levelling as Jonathan Schmid scored from a free kick three minutes later.

Embolo put the ball in the net a little later but his effort was ruled offside before Thuram hit the post for the hosts.

Gladbach, however, shot out of the blocks after the restart, with the 22-year-old Embolo putting them ahead in the 46th minute from a Patrick Herrmann assist and then missing a penalty two minutes later.

Yet he quickly made amends and returned the favour to Herrmann, setting him up for their third in the 51st as Freiburg looked rattled.

The visitors bounced back, however, to cut the deficit through Lucas Hoeler and they went close to an equaliser before Embolo restored Moenchengladbach’s two-goal cushion in the 71st.

Gladbach are on 28 points, with RB Leipzig second on 27. Freiburg dropped to sixth on 22.