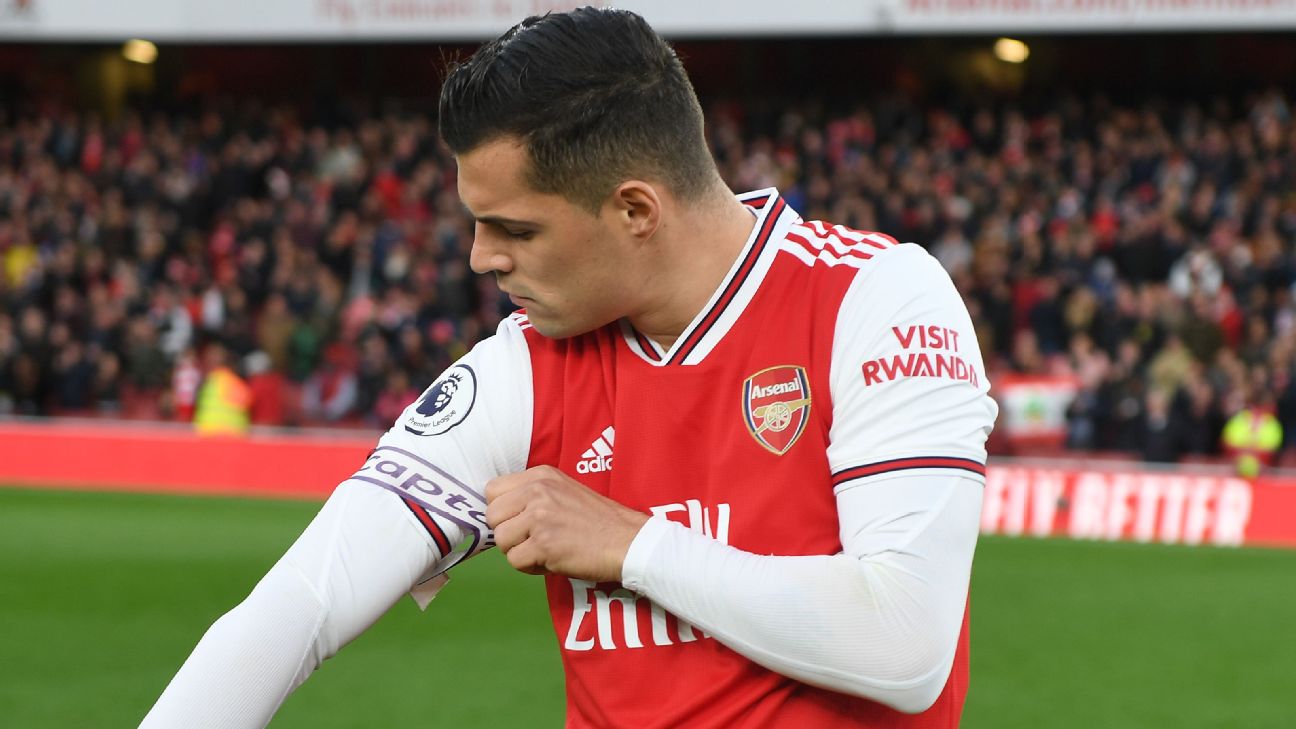 Arsenal midfielder Granit Xhaka has been stripped of his captaincy, Gunners manager Unai Emery has confirmed. Pierre-Emerick Aubameyang will skipper the club in his place.

The decision comes amid a swarm of controversy stemming from Xhaka’s angry reaction to being booed by fans after being substituted in the Gunners’ draw with Crystal Palace last month.

Xhaka taunted home fans and removed his shirt when storming off the pitch after he was substituted and appeared to swear at his team’s own supporters, as well as waving his arms taunting supporters to jeer louder and cupping his ear.

The Switzerland international said his actions were caused in part by what he perceived to be harsh treatment from the club’s fans on social media and during matches and that it boiled over on Sunday at the Emirates.

Xhaka was absent from Arsenal’s shootout loss to Liverpool in the Carabao Cup on Wednesday, with Hector Bellerin wearing the captain’s armband as the Gunners exited the competition in the round of 16. And he was not in the squad for the team’s 1-1 Premier League draw against Wolves on Saturday.

Immediately following the incident against Palace, Emery said Xhaka was devastated about the row and hailed his commitment to the club in training and in games.