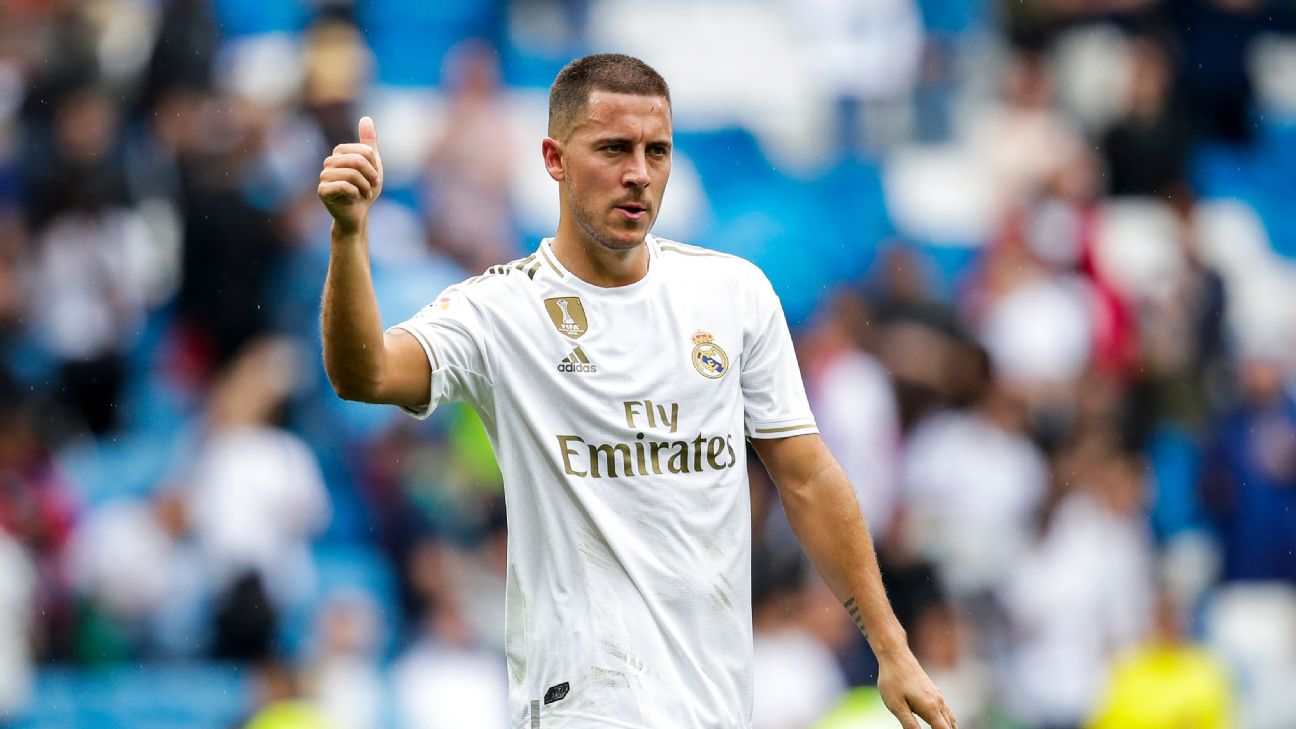 Real Madrid forward Eden Hazard has said the club’s supporters are more invested and fanatical about the team than Chelsea fans.

Hazard joined the La Liga side in the summer for a fee that could reach £130 million after a seven-year spell at Stamford Bridge.

“I think that here the fans are really fans,” Hazard said.

“In England there are not so many fans, people there like football and everyone, young people, adults, teenagers, are really interested in their football, but they are not so fanatical about their teams.

“At the time I was in Chelsea and we lost, we were disappointed as were the fans, but I never felt it was a disaster.

“When you are at Real Madrid, even if it is my first year, talking to the fans, they always expect you to win the Champions League.”

Hazard made his first appearance for the club in Madrid’s 3-2 victory against Levante over the weekend.

The forward is set to feature when Madrid face Paris Saint-Germain in their Champions League opener on Wednesday.

Madrid head coach Zinedine Zidane faces an injury crisis ahead of the game in Paris with seven first-team players set to miss out through injury or suspension.