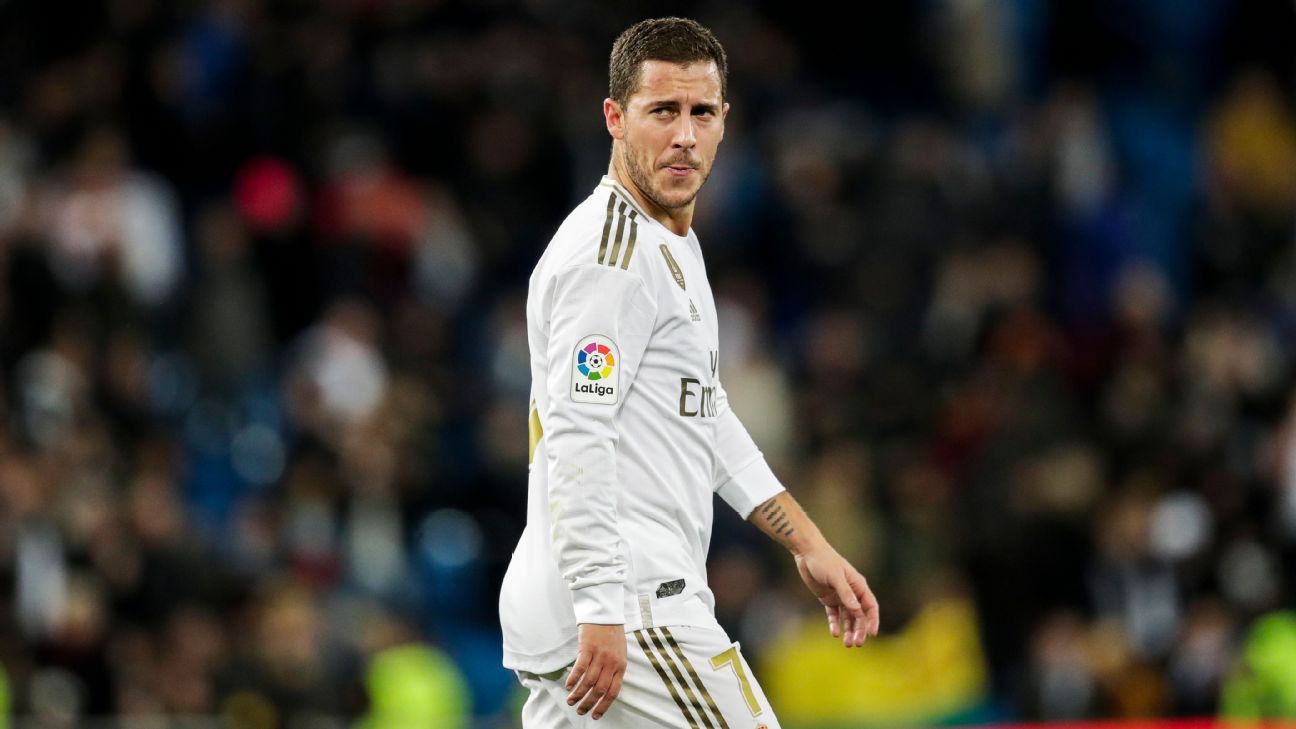 Eden Hazard has said he isn’t feeling the pressure of replacing Cristiano Ronaldo as Real Madrid wait to see the best of their star €100 million summer signing.

Madrid host Paris Saint-Germain at the Bernabeu on Tuesday, trailing the French side in Champions League Group A.

“When I take to the pitch, I do not think about Cristiano having been there before me, nor that I must do better than him” Hazard told Le Parisien. “Other people will make comparisons.

“I will not score more goals than Cristiano, that is for sure.”

The 28-year-old has scored once in eight La Liga appearances so far this season and is yet to find the net in the Champions League.

“A Galactico is a player who scores goals and wins for his team” he added. “I was probably one with Chelsea. Here, for now, I am like a young guy who comes with the ambition of trying to win his role. I must be consistent first, scoring goals and winning titles.”

Real Madrid have recovered from a disastrous start to their Champions League campaign, beaten 3-0 in Paris in September, to sit second with seven points — five behind PSG.

Hazard has faced some criticism for a slow start to the season and said he did return from his summer break overweight.

“People were right” he said. “I was coming off the back of three weeks of holiday and I enjoyed it.

“I have always been somebody who relaxes during the summer. I knew that I would be criticised more with Real than with Chelsea, but that is not a problem.”