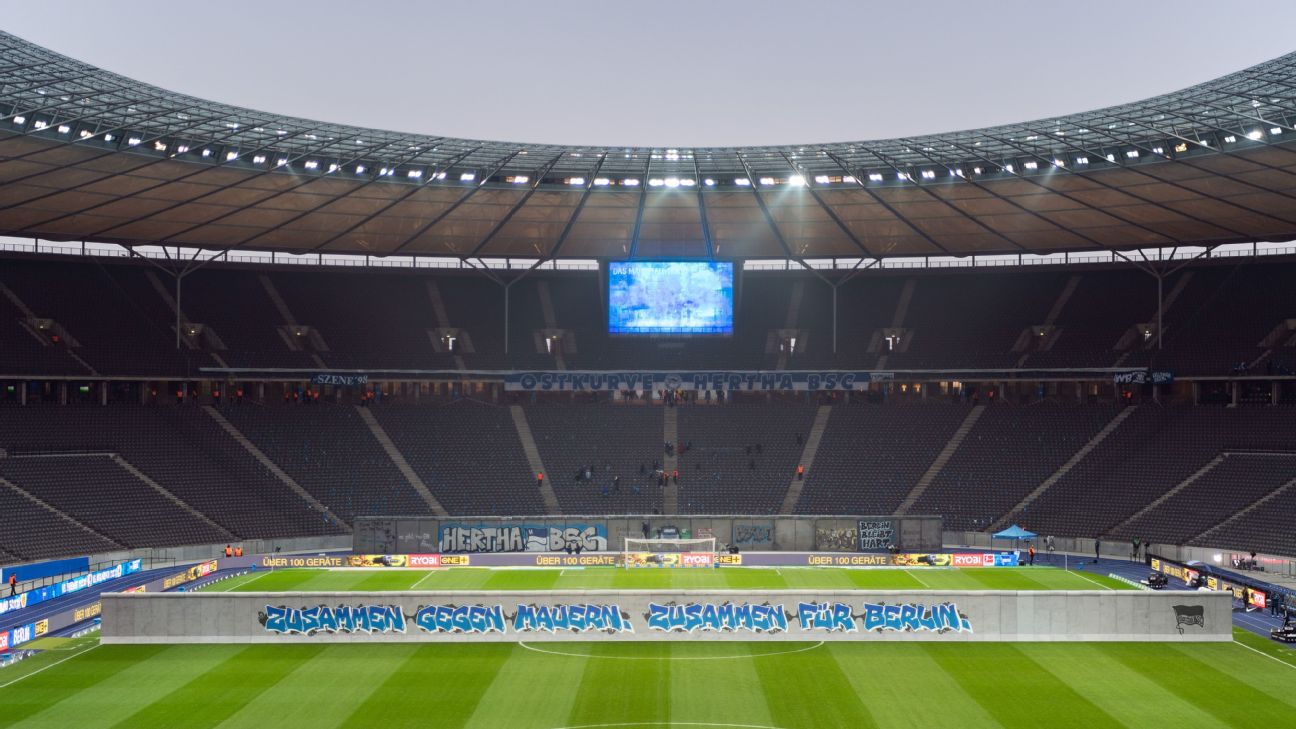 On the 30th anniversary of its demise, the Berlin Wall fell once again, this time at the Olympiastadion, where Hertha Berlin hosted RB Leipzig.

Throughout the week, the city of Berlin celebrated the peaceful revolution that led to the reunification of the two Germanys in 1990. Events took place all over the city ahead of the main celebrations on Saturday, which included the destruction of a wall on the Olympiastadion pitch before Hertha and Leipzig’s Bundesliga clash.

Thirty years after the fall of the Berlin Wall, Hertha constructed a wall across the halfway line of their pitch to symbolise the division of the country three decades ago.

“Mr. Gorbachev, tear down this wall,” Reagan said as the fans on the Ostkurve unveiled a giant choreo of the Brandenburg Gate. Above it was written: “Walls can’t resist us Berliners.”

The players of Hertha and Leipzig walked out of the tunnel alongside a Trabant, engineered by the famous East German car brand of the same name, which drove through the wall as the players lined up.

The remains of the wall were then carried away to the sound of “Heroes,” the song David Bowie recorded at Berlin’s Hansa Studios in 1977.

“Many of our members and fans were affected directly when the wall was built in 1961,” Hertha executive Paul Keuter told ESPN. “As a club with a long tradition and that is an integral part of Berlin, those key moments of our city’s history just play a role for us.

“History shows that walls, especially those in our minds, have never been a good solution. On the contrary, they bring suffering and harm. Here in Berlin we know that walls are no solution.”

Hertha was founded in the late 19th century in what would become the east after World War II and they later relocated to the west.

Leipzig, their opponents on the day, are a football team based in the former east, but are bankrolled by an Austrian soft-drink giant.