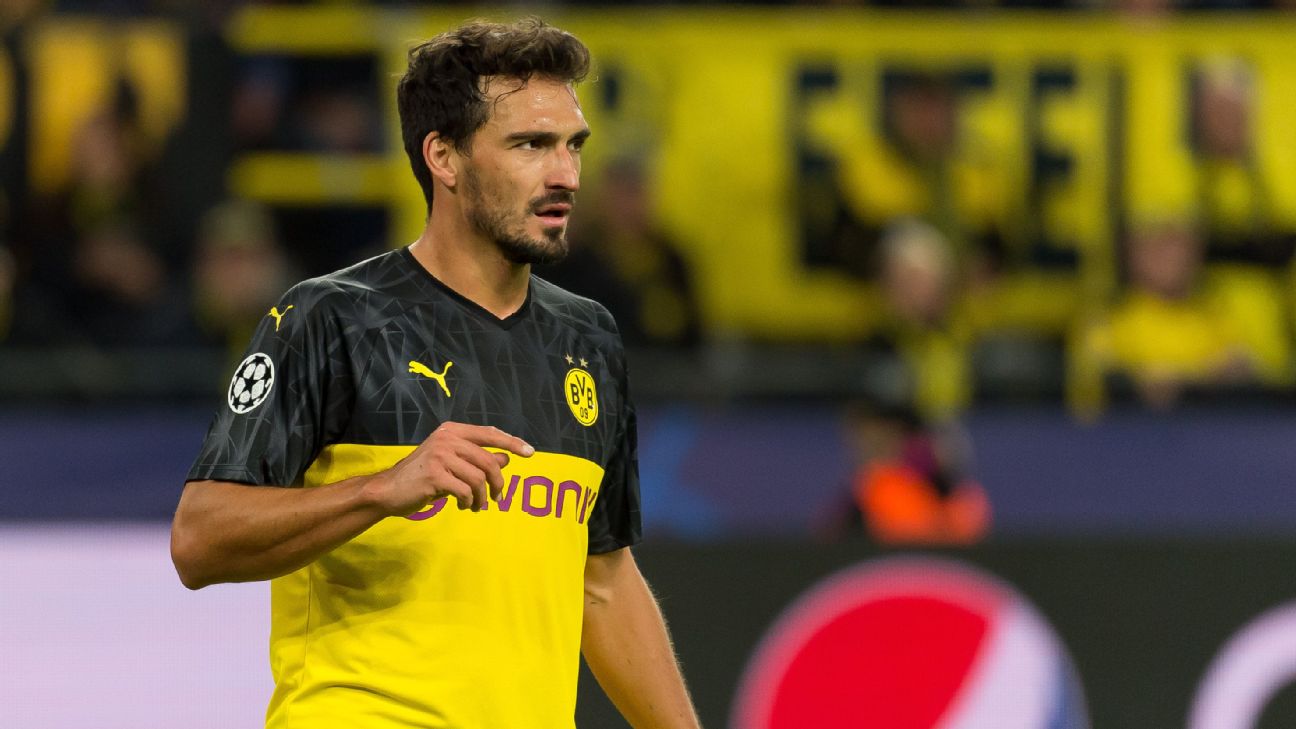 Borussia Dortmund sporting director Michael Zorc has backed defender Mats Hummels to be recalled for the Germany national side.

Hummels, along with former Bayern Munich teammates Thomas Muller and Jerome Boateng was told by national manager Joachim Low in March that he would no longer be available for selection as he wanted to give the team a “new face” after their World Cup group stage exit.

In the summer, he left Bayern to re-join Dortmund and, following an impressive display in the 0-0 draw against Barcelona in the Champions League where he won 100% of his direct duels, Hummels said he would pick up the phone should he receive a call from Low.

“‘I have a strong view on this,” Zorc said, when asked if he thought Hummels could play for Germany again. “I said it not too long ago when we signed him.

“For me, Mats Hummels is the best German centre-back. I said it again before the season when no matches had been played, and I say it now and I believe that I will also say it in 2020.”

“But the national team manager must make the call. The ball is in his court and not here.”

Hummels was named Germany’s best centre-back in the first half of 2019, and Dortmund boss Lucien Favre said he agrees with Zorc’s assessment.

“Yes,” Favre said. “After his two last games, [a comeback] would be deserved. But it’s not our call.”

Germany’s next match is a friendly against Argentina on Oct. 10 before they travel to Estonia for a Euro 2020 qualifier three days later.