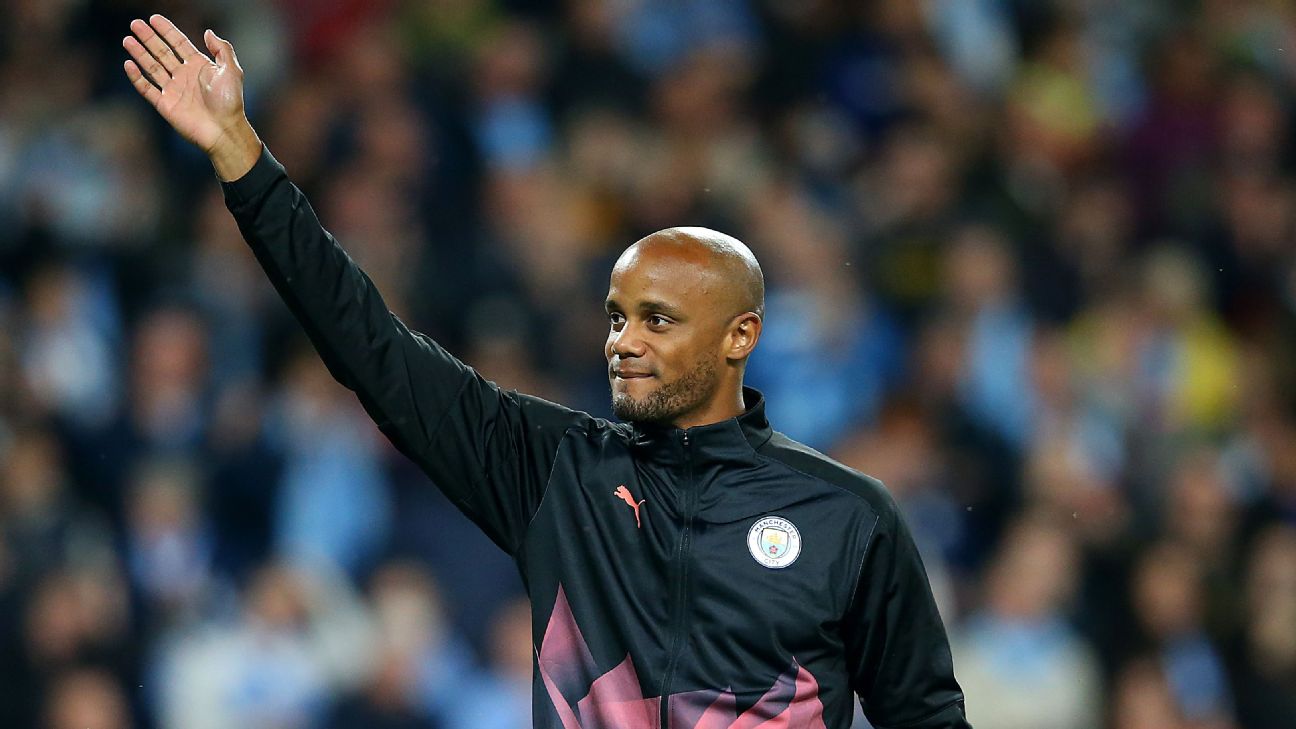 Vincent Kompany has said it was not a disappointment to miss his own testimonial through injury because he had already ensured a perfect Etihad Stadium send-off with his title-winning goal against Leicester.

The defender sat out his tribute game with a hamstring problem but said playing in front of the City supporters one last time could not have topped his 30-yard screamer in the penultimate game of last season.

“It wasn’t hard not to play in the testimonial because my moment was against Leicester,” Kompany said. “I can’t come here and do anything more than that.”

Kompany departed in the summer after 11 years at the club to become player-manager of Belgian side Anderlecht. Still only 33, he is still playing and winning caps for Belgium but said he has no regrets about quitting City after a string of injuries.

“I’ve been flying in Belgium in terms of playing and I’ve still got a lot to give, but I felt to compete at City is a different ball game,” Kompany said. “You need to wake up every morning and just be at your physical peak.

“There aren’t many places around the world like that but the demand here is as such. I would never have accepted a decline from myself. For me it was the right time. I had an incredible opportunity to go back to a club [Anderlecht] that needed completely rebuilding.

“That was a challenge that was completely out of the box but just as big as what I was offered at City.”

Manager Pep Guardiola may be ruing Kompany’s decision after losing Aymeric Laporte to a knee injury that will rule the Frenchman out until the new year. City did not sign a direct replacement, leaving Guardiola facing the prospect of playing Fernandinho or Kyle Walker at centre-back.

However, Kompany said he believes the squad is deep enough to cope.

“Three world-class centre backs is awesome by any standard,” he said. “In the past we had the luxury of four.

“I’ve not seen many teams have four top, top centre backs. It wasn’t normal. It only happened because of circumstance.

‘OK, Vinny could break down, so we’ll bring in another one.’ You saw throughout the season that no matter which pairing played it was always solid.

“Most clubs aren’t advised to do it and have three. Most clubs run with three world-class centre backs and a young one. City have got unlucky with an injury, that’s it.”