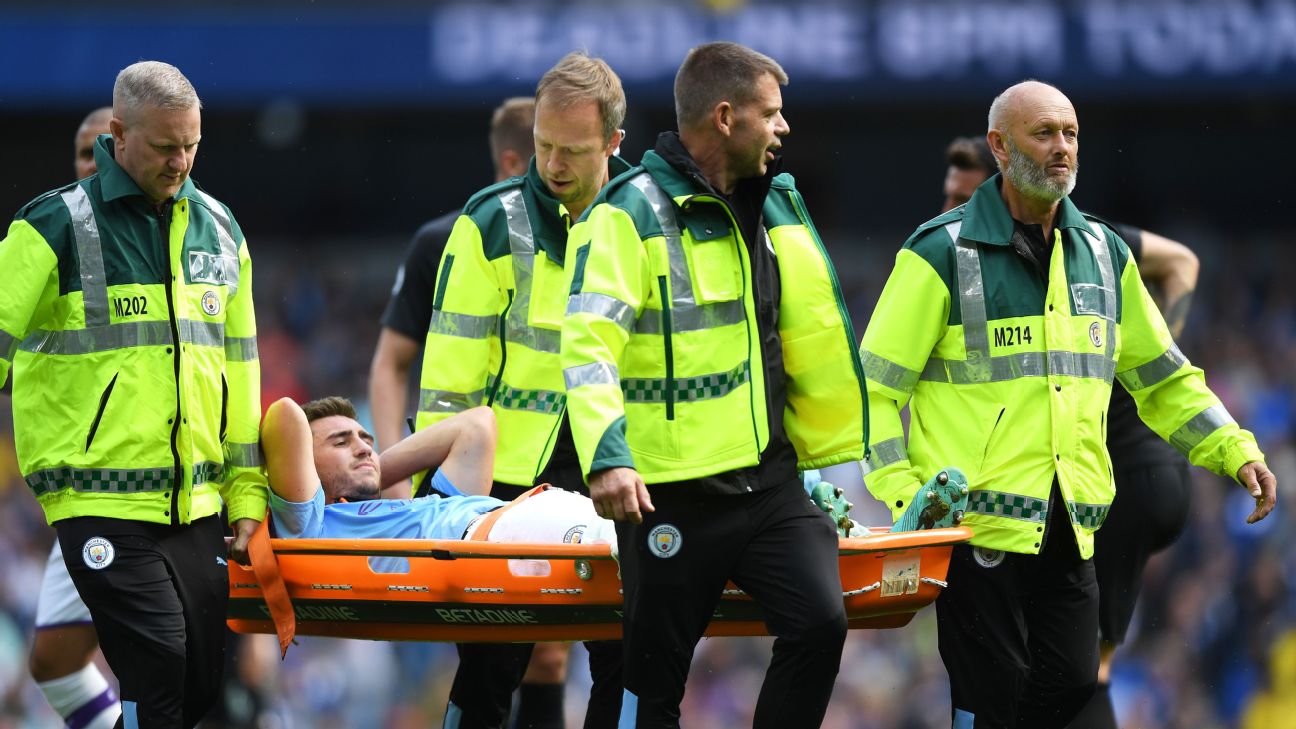 Manchester City manager Pep Guardiola has confirmed defender Aymeric Laporte will be out for five to six months with a knee injury.

Laporte, 25, sustained the injury in City’s 4-0 victory against Brighton at the Etihad before the international break.

Sources told ESPN FC last week that the France international would be unavailable until 2020 following surgery to repair cartilage and meniscus damage in Barcelona.

When asked about the extent of the defender’s injury, Guardiola told a news conference: ”Five months, six months. Next year sure, January or February.”

As a result, the Premier League champions will need to turn John Stones and Nicolas Otamendi, with former captain Vincent Kompany leaving the club to join Anderlecht in the summer.

The City boss also confirmed Benjamin Mendy is back in training and Leroy Sane should return before the end of the season from a knee injury.

City travel to Premier League newcomers Norwich City on Saturday before kicking off their Champions League campaign against Shakhtar Donestsk on Wednesday.