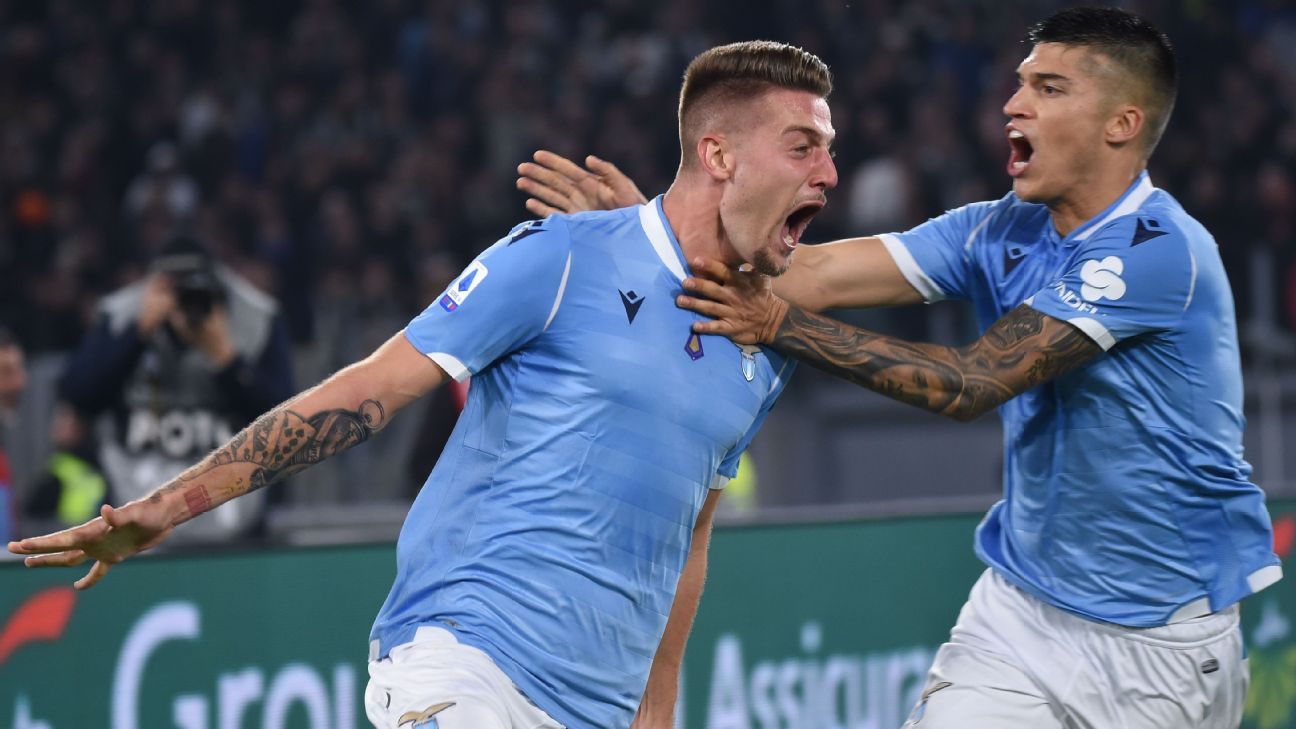 Lazio came from behind to beat Juventus 3-1 and hand the Turin side their first defeat of the season on Saturday, scoring the two decisive goals in the final 20 minutes after their opponents had Juan Cuadrado controversially sent off.

Juve, who had gone their first 19 games under new coach Maurizio Sarri unbeaten in all competitions, went ahead with a Cristiano Ronaldo goal in the 25th minute but Luiz Felipe levelled for Lazio in first-half stoppage time.

The game turned in the 69th minute when Juve right back Cuadrado clattered into Manuel Lazzari after he was sent clear by Luis Alberto‘s pass and the referee dismissed the Colombian after viewing the incident on the pitchside monitor.

Although Lazzari was at least 30 metres from goal, referee Michael Fabbri judged that he had been denied a scoring chance, amid angry protests from the Juventus players.

Juventus stayed second, two points behind Inter Milan, with 36 points from 15 games while Lazio, who are third, closed the gap on their opponents to three points after their seventh successive league win.

“I don’t agree that it was a clear scoring chance because the ball was going away from the goal,” said Sarri. “A yellow card would have been the fair decision, it seemed a bit harsh but that’s how it went.

“When the game seemed to be more balanced, the red card changed everything… The title race? Lazio are there as well as ourselves and Inter.”

Juventus dominated the opening exchanges and went ahead when Ronaldo’s flicked pass released Rodrigo Bentancur on the right, the Uruguayan played a first-time pass into the area and Ronaldo turned the ball in from close range for his seventh league goal of the season.

Lazio came back strongly and after a series of crosses into the area and penalty appeals, their pressure was rewarded when Luis Alberto swung in an inviting cross for Luiz Felipe to score with a glancing header.

Luis Alberto also set up the second when he launched a ball over the Juventus defence and Milinkovic-Savec brilliantly pulled it down and flicked it past Szczesny.

Lazio were awarded a penalty after Szczesny tripped Joaquin Correa but Immobile, Serie A’s leading scorer with 17 goals, saw both his spot kick and follow-up brilliantly saved by the Pole.

Caicedo roundup off a pulsating match by scoring on the break with the last kick of the game after Szczesny had again done brilliantly to foil Lazzari.

“This is an excellent period for us,” said Lazio coach Simone Inzaghi. “We need to be ambitious and look ahead. My lads did an extraordinary job tonight.”