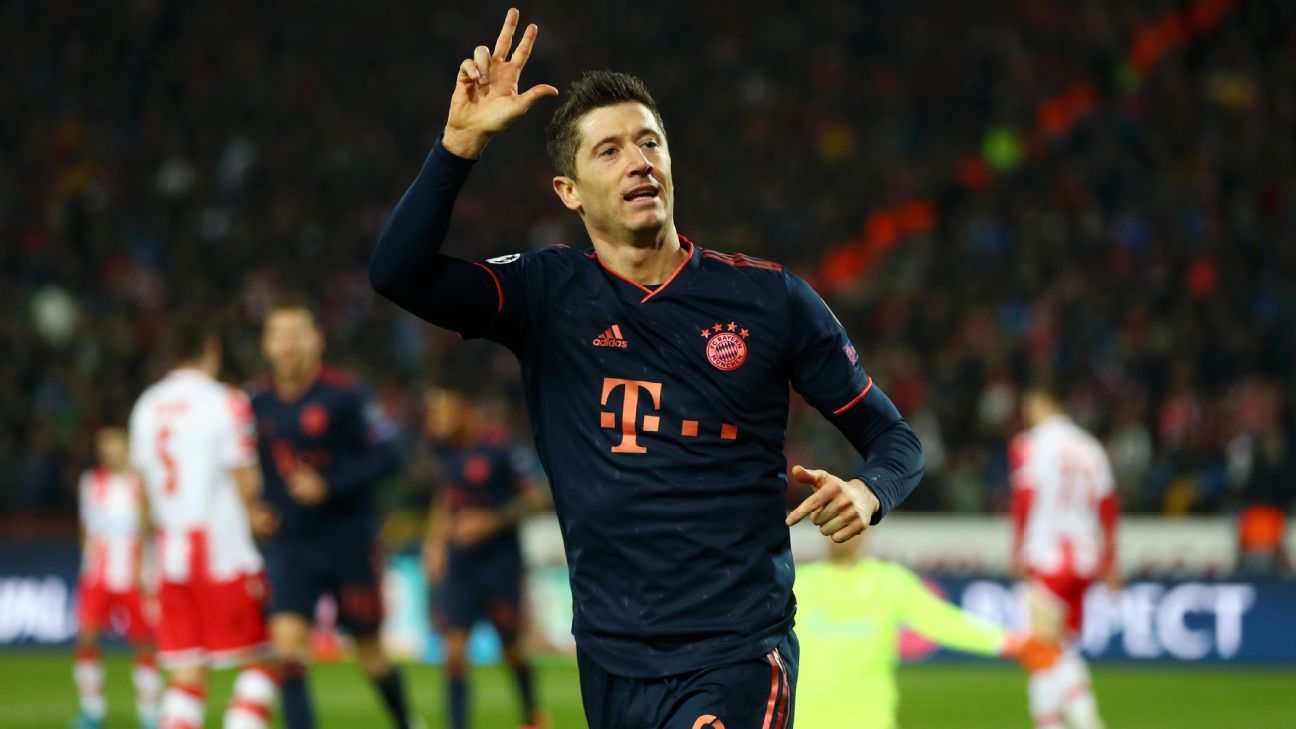 Bayern Munich secured top spot in their Champions League group with a match to spare after four second-half goals from Robert Lewandowski inspired them to a 6-0 away mauling of Red Star Belgrade on Tuesday.

The result left Bayern top of Group B on 15 points, seven more than Tottenham Hotspur who joined them in the last 16 after fighting back from two goals down to beat Olympiakos 4-2 at home.

Bayern pinned Red Star back from the start and came close three times through Lewandowski and Kingsley Coman before Leon Goretzka fired them into a 14th-minute lead with a superb header.

The Germany midfielder rose above his markers to steer a perfect Philippe Coutinho cross from the left past goalkeeper Milan Borjan, who was left clutching nothing but air.

Lewandowski had a goal disallowed shortly before halftime after a quick VAR review ruled that Corentin Tolisso handled the ball when he teed up the Poland striker.

A vociferous band of around 2,000 visiting Bayern supporters lit some two dozen flares early in the second half, seemingly igniting Lewandowski’s onslaught against a hapless Red Star who were nonetheless roared on by their own faithful.

The Pole converted a 53rd-minute penalty after Milos Degenek handled in the box and made it 3-0 on the hour from a fine assist by Tolisso.

He headed in the fourth soon afterwards from a Benjamin Pavard cross and stunned Red Star again in the 68th minute. Tolisso completed the rout in the dying minutes with a simple finish.