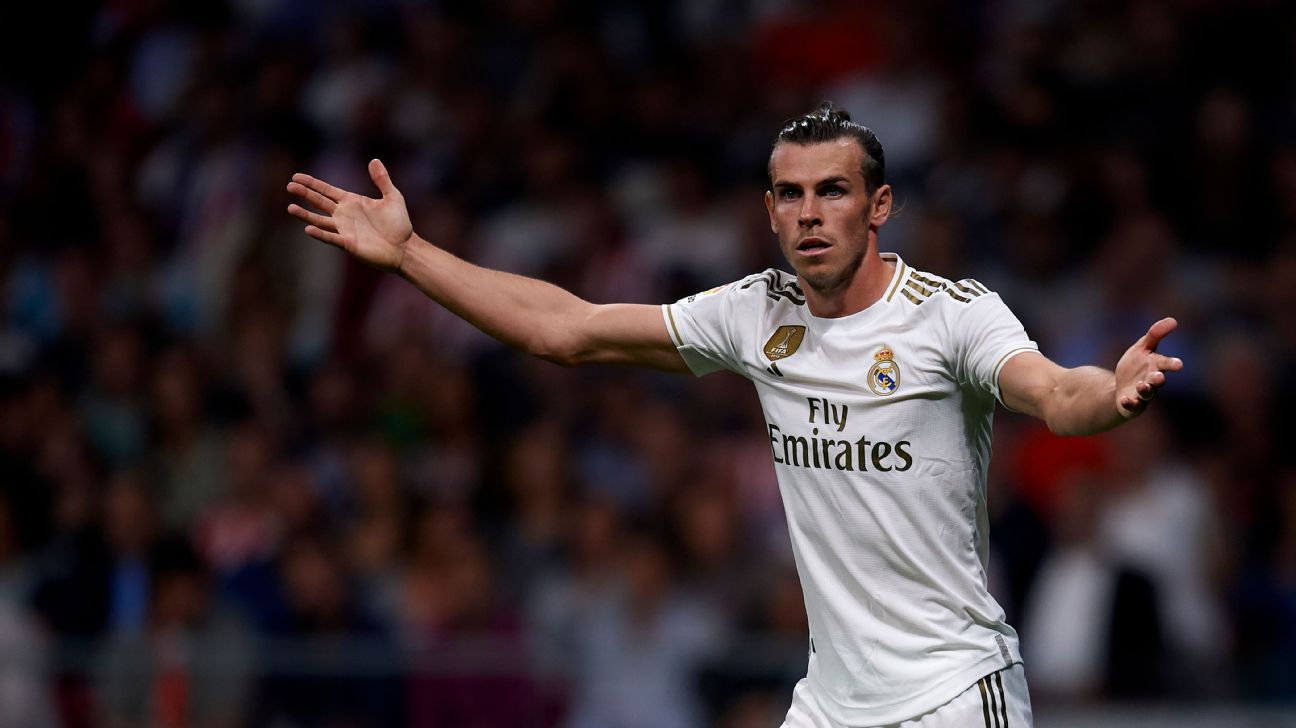 It came as no surprise when Gareth Bale said this week that he enjoys playing for Wales far more than Real Madrid. After all, he doesn’t get booed and jeered when he pulls on the red of his national side.

Bale’s possible departure from Madrid, despite scoring some crucial trophy-winning goals, seems to be long and acrimonious. And he has been linked with a move to Manchester United throughout.

Now the Sun on Sunday reports that his return to England could come as soon as the January transfer window, with United eager to bolster their attacking options. Even if a midseason move does not materialise, the paper reckons it will happen next summer.

How? By Paul Pogba going in the opposite direction, of course. Pogba has made no secret of desire to get out of Old Trafford as soon as possible, with a move to Spain his desired option.

Bale’s wages may be huge, but by getting Pogba off the books it may make sense financially — for both clubs.

10.43 GMT: Rarely a day goes by without Jadon Sancho being linked with a move back to England — or anywhere else in Europe for that matter. He seems to be linked with United every day, and now another clubs has wandered into view.

The Sunday Express claims that Paris Saint-Germain are set to join the battle for his signature and have made him their top transfer target next summer. All of which looks set to spark more speculation over the future of Neymar, who like Sancho, rarely finds himself off the TT pages. Let the battle commence.

10.00 GMT: Transfers! There won’t be any today, but there sure will be rumours. Stick with us!

The future destination of Lionel Messi is always a good subject for discussion, but any clubs looking to lure the Argentine superstar away from Barcelona will be disappointed to hear that he is already in talks with the Spanish giants over a new deal.

Tongues were set wagging earlier this year when it was revealed that Messi would be available on a free transfer at the end of whichever season he eventually walks away from Camp Nou. He has now been at the club for 18 years, but Barca’s sporting director Eric Abidal has confirmed that talks are already underway to keep him at the club beyond 2021 — the year when his current deal expires.

Speaking to Mundo Deportivo, Abidal said it was too soon to comment on progress but was hopeful a deal could be concluded.

Ole Gunnar Solskjaer could look to snap up Matheus Pereira after the Brazilian’s impressive loan spell at Championship pace-setters West Brom. That’s according to the Daily Mirror, with the paper reporting that the Brazilian’s form at the Hawthorns has caught the eye of an Old Trafford hierarchy desperate to inject some creativity into the squad.

The Baggies have the option to snap up Pereira for £8.25m. But Manchester United, along with a host of other top clubs, have made it clear that they wouldn’t think twice about making a move for him. The 23-year-old Sporting Lisbon winger, who spent last season on loan at Bundesliga club Nurnberg, has been a hit with the Baggies so far. And heads, like opposing full-backs, have been turned.

— You have to admire Zlatan Ibrahimovic‘s sense of self-worth — although clubs in the apparent race for his signature might have something to say about it. The Sun reports that the Swede is asking for £215,000-a-week — that’s not a misprint — to return to Serie A following his decision to leave MLS club LA Galaxy. AC Milan and Bologna are both reported to be keen on bringing him back to Italy. Those wage demands, though, might temper their enthusiasm.

— Edinson Cavani‘s agent is bullish in his belief that the Uruguayan won’t be short of offers should he become available at the end of the season. The Paris Saint-Germain star is widely expected to leave the club when his contract expires at the end of the campaign — and Walter Guglielmone is confident he won’t be short of offers. Speaking to CalcioNapoli1926, he said: “Edi still has three years to play at the highest level and he can play in any major team in Europe.”

– Ivan Rakitic could be persuaded to move to AC Milan — as long as the Italian giants can come to an agreement on both his wages and his transfer fee. According to Calciomercato, his current wages of €7.8 million a season are a major stumbling block, as is Barcelona’s current asking price of €35 million. So there you have it. Over to you, Milan.