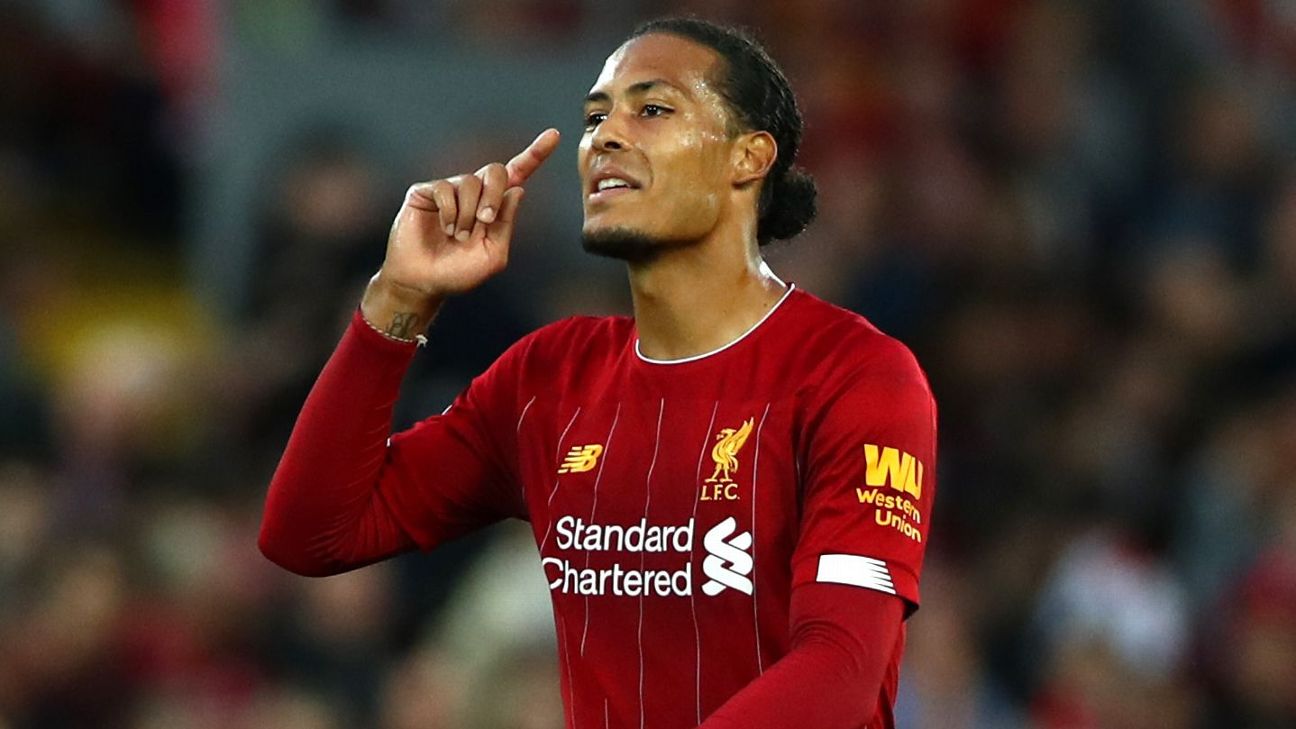 AS reports that both Real Madrid and Barcelona are plotting a move that could rock world football. The Spanish outlet claims that both clubs would be interested in breaking the bank to bring Virgil van Dijk from Liverpool to Spain.

The Dutch defender has been little short of remarkable since leaving Saints for Anfield and last season helped the club to the Champions League, while also bringing the Merseysiders to within a point of the Premier League title.

Both Zinedine Zidane and Ernesto Valverde are under pressure to deliver at Madrid and Barca, although persuading Liverpool to part with a player who has transformed their fortunes might take some doing … and a dump truck full of cash to boot.

Van Dijk joined the Reds from Southampton in a £75m move in January 2018. The Daily Mirror reported earlier this month that the 28-year-old had agreed a new deal that commits him to Anfield until 2025, although no official announcement has been made.

08.00 BST: Manchester United have one of Leicester’s star players in their sights for a second summer in a row as they have made James Maddison a target, according to The Times.

United had considered making an offer for the 22-year-old attacking midfielder this year, but decided against it as they were already trying to sign defender Harry Maguire from Leicester.

Leicester, who lost 1-0 at Old Trafford on Saturday courtesy of Marcus Rashford’s first-half penalty, signed Maddison from Norwich City for £20m in 2018.

They may have lost Sunday afternoon’s Serie A clash against Bologna, which ended in a 4-3 victory for the away side, but scouts from some of Europe’s top clubs would still have been impressed by the performance of Brescia’s Sandro Tonali — the Italian midfielder who has turned heads across the continent.

According to Calciomercato, Manchester United scouts were sat alongside representatives from Ajax and Dortmund as some of Europe’s biggest names look to snap up a player who has sent tongues wagging since making his debut in Serie B at the age of just 17 in April, 2018.

Now playing in the top flight, the Italy Under-21 international has racked up the appearances for Brescia in the past two seasons and has started their 2019/20 campaign in style.

Tonali was instrumental in Brescia gaining promotion from the Italian second tier last season, playing a crucial role as the club worked their way back into Serie A. So promising have his performances been that some have labelled him as the new Andrea Pirlo.

In a quiet September of transfer rumours, Juve are reportedly stepping up their attempts to lure Isco from the Bernabeu to Turin. The player had been the subject of plenty of column inches during the summer, with the Italian club consistently linked with the 27-year-old over the past couple of months.

Now Calciomercato reports that Juve are set to do all they can to bring the out of favour Los Blancos star to Northern Italy when the transfer window re-opens in January. Isco can hardly be blamed for looking elsewhere for first team football. He made just two La Liga appearances for Madrid last season, starting just once, which immediately makes him one of the most attractive marginalised players, not just in Spain but anywhere in Europe.

The Italian outlet quotes reports in the Spanish media, which claim that the Madrid want as much as €75m for the player, which could be far more than Juve would be willing to part with. Still, given Isco’s current position and the club’s apparent unwillingness to give him game-time, the two European giants could yet come to an agreement, despite Madrid holding out for such a huge figure.

– Inter boss Antonio Conte wants to bring Mario Gotze from Dortmund to the San Siro — and sooner rather than later. That’s according to Calciomercato, with the Italian outlet reporting that Inter are ready to make a move for German star as his contract runs down at the Westfalenstadion. Gotze, who scored the winning goal for Germany in the 2014 World Cup final against Argentina, is out of contract in the summer and now Inter are ready to make a move for him on the cheap.

– Arsenal are in pole position to sign talented teenager Logan Pye away from Sunderland, reports The Sun. The 15-year-old, who was a summer target of Manchester United, can slot in at full-back or in the midfield.