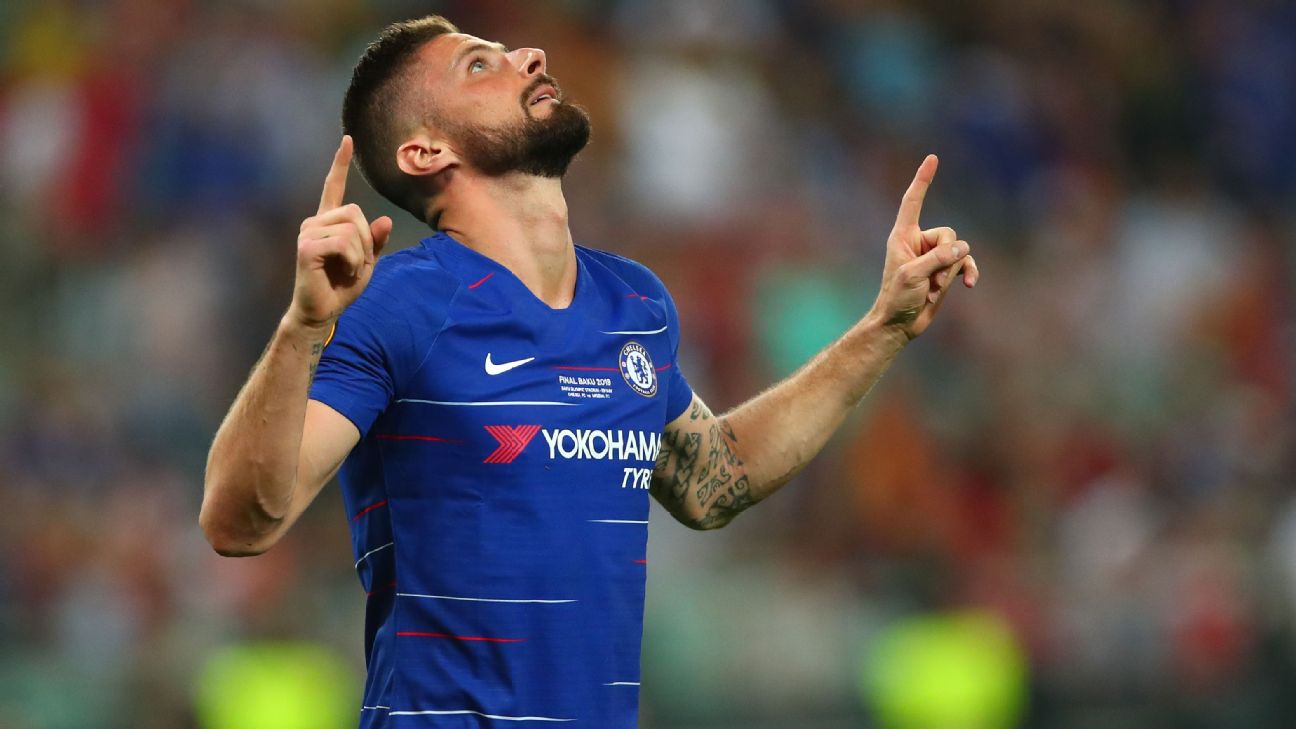 Chelsea striker Olivier Giroud has found himself out of favour in the past month, and now Gazzetta dello Sport reports the 33-year-old could be on his way out of Stamford Bridge, less than two years after he signed for a fee reported to be £18 million from Arsenal.

Inter Milan are said to be interested in the French forward, with the Italian outlet saying that discussions are already taking place.

Giroud has not been a regular name on Frank Lampard‘s starting sheet, having made just 10 appearances this season and scoring four goals, with former Chelsea boss Antonio Conte said to be keen on securing Giroud as a backup option for Romelu Lukaku.

10.03 GMT: Liverpool manager Jurgen Klopp has addressed speculation linking the club with Paris Saint-Germain striker Kylian Mbappe, saying that the European champions simply could not afford to sign him.

“Buying this calibre of player is difficult,” Klopp said. “I don’t see any club at the moment who can buy Kylian Mbappe from PSG. I don’t see any club, that is how it is. And we are involved in the clubs that cannot do it. It is as easy as that.

“OK, from a sporting point of view, there are not a lot of reasons to not sign him. What a player he is. But it is about the money of course. No chance. Absolutely no chance. Sorry for killing that story.”

The 20-year-old France international has been consistently linked with Real Madrid ever since he burst on to the scene as a teenager at Monaco. Earlier this week, PSG sporting director Leonardo hit back at Zinedine Zidane after the Madrid boss spoke about Mbappe’s childhood dream to play for the Spanish giants.

Zidane discussed Mbappe’s reported admiration for Madrid as a child during a news conference on Tuesday ahead of Wednesday’s Champions League clash with Galatasaray, and Leonardo was less than happy.

“Honestly, it is a bit irritating,” the Brazilian said “I think it is not the time to talk about it. “First of all, Kylian is a player under contract with us for two and a half more years. Speaking all the time about dreams and will, I think it is time to stop a bit.

“Kylian is very important for us — he is the best young French player, a world champion and one of the best players in the world. This is not the time to knock him and destabilise him. Honestly, it is time for this to stop.”

09.00 GMT: Barcelona are facing a Luis Suarez dilemma with sources telling ESPN FC they would be unsure what to do should the Uruguayan striker receive a concrete offer from Major League Soccer.

Suarez’s international teammate Nicolas Lodeiro, who plays for Seattle Sounders, revealed this week that the Barca frontman is keen to move to MLS when his time in Spain is up.

“I think you need to convince Barcelona [because] he wants to come to MLS,” Lodeiro said. “He is always asking me about the league. His dream was to play for Barcelona. He’s playing at a great level and he feels comfortable there.

“Sooner or later he’ll come to MLS, though. Well, hopefully. He likes the league. He’s always asking me things about it. I think it’s only a matter of time before he’s out here.”

There’s acknowledgement at Camp Nou that Suarez, who will turn 33 in January, is no longer the player they signed from Liverpool for €75 million in 2014.

However, he remains one of the best No. 9s in the game and has scored eight goals in 12 appearances this season.

Manchester United lead the race to secure the services of James Rodriguez from Real Madrid, but the completion of that move could in turn see Paul Pogba exit Old Trafford.

Spanish outlet Eldesmarque has reported that United chief Ole Gunnar Solskjaer leads the race to snap up Rodriguez, who has also attracted the interest of Tottenham and Wolverhampton.

It’s reported that the deal to bring Madrid’s attacking midfielder to Manchester would see Pogba sign for the Spanish giants, despite the Frenchman being heavily linked with a move to Juventus.

After spending last season on loan at Bayern Munich, Rodriguez, 28, promptly returned to the Bernabeu but has made only nine appearances in all competitions this term, with four of those coming from the bench.

Rodriguez’s six-year contract at Real Madrid reaches its conclusion at the end of this season.

Emery willing to splash the cash for Demiral

It has been reported that Arsenal have made contact with representatives of Demiral, who has played once for the Italian club this season in addition to his four European Championship qualifier appearances for Turkey.

Demiral moved to Juventus from fellow Serie A club Sassuolo in the summer and it has been reported that Maurizio Sarri fought off interest from Arsenal to secure the 21-year-old’s services at the time.

But Arsenal are now said to be willing to pay more than £25m for the youngster if the report is to be believed.

– After watching Valencia defeat Lille 4-1 in the Champions League earlier this week, Manchester United are now reportedly interested in three of the Spanish club’s younger players. Plaza Deportiva has said that left-back Jose Gaya, midfielder Carlos Soler and striker Ferran Torres are all on Solskjaer’s watchlist ahead of the upcoming January transfer window.

– Newcastle boss Steve Bruce has declared he will move to bring in Arsenal’s Granit Xhaka on loan amid the midfielder’s off-field difficulties at the Emirates Stadium. The Guardian has reported that Magpies boss Bruce, whose side are four points clear of the Premier League relegation frame, is an admirer of the 27-year-old — in particular his running power.