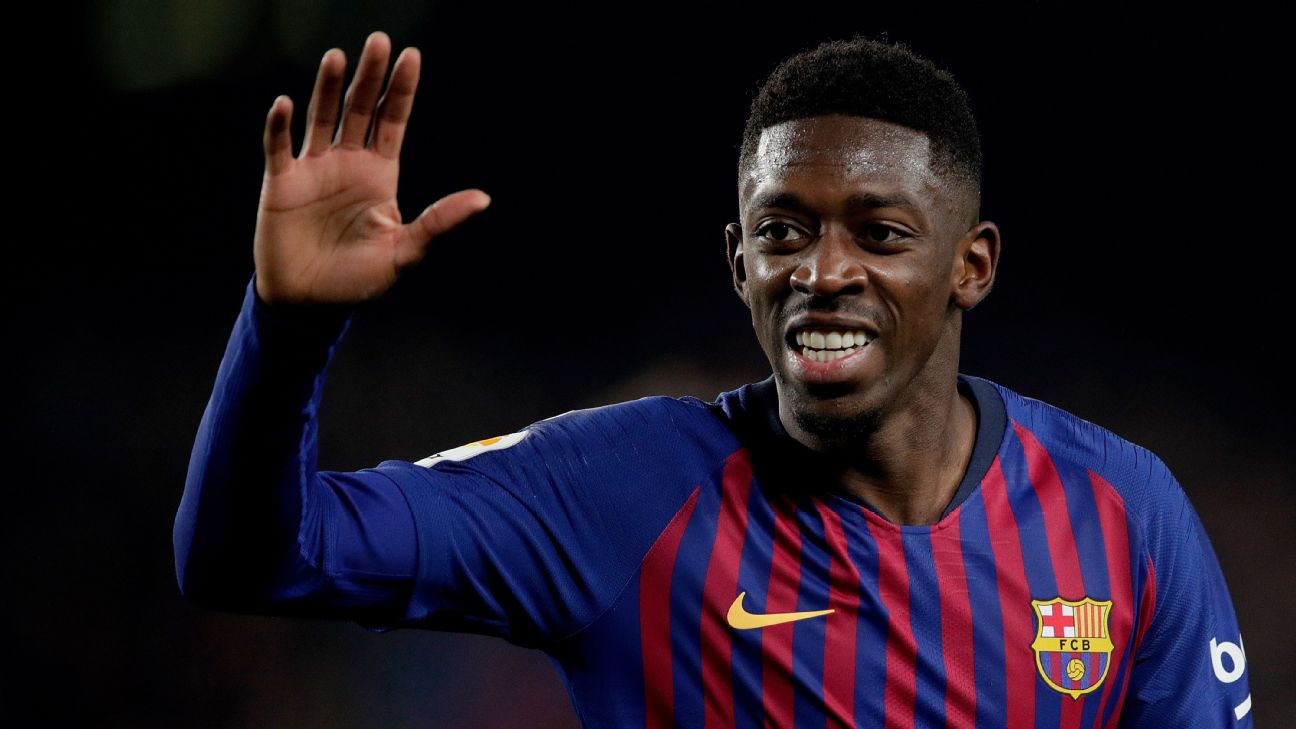 The transfer windows in Europe’s top leagues are closed, but it’s never too late to look forward to January! Click here to view the latest transfers, and keep up to date with the newest gossip below.

Manchester United boss Ole Gunnar Solskjaer is aware that he needs to add to his strike force in the January transfer window, and he already has two names in mind, according to the Independent.

Juventus frontman Mario Mandzukic and Barcelona’s Ousmane Dembele are currently under scrutiny, with United glaringly short of options following the sale of Romelu Lukaku to Inter Milan in the summer.

United were seemingly all set to make a move for Mandzukic in August but were put off by the player’s age (33). However, United’s recent form, which includes the recent disappointing loss to West Ham, plus injuries to both Anthony Martial and Marcus Rashford might have United thinking they need to make a short-term decision to ensure that they stay competitive this season.

Solskjaer is said to be already discussing potential January moves with Ed Woodward.

08.00 BST: Crystal Palace forward Wilfried Zaha remains determined to get a transfer in the January window, according to Calciomercato.

Zaha sought a move out of Selhurst Park in the summer, with sources telling ESPN Fc in July that Arsenal had submitted a £40m bid but were told by Palace they would have to pay almost double that for the Ivory Coast international.

The 26-year-old had then come close to joining Everton on the Premier League’s transfer deadline day in August, only for Palace to turn down an offer of £55m plus striker Cenk Tosun, the Daily Mail reported at the time.

This time, Spanish title Diario Madrista is reporting that Pogba’s agent, Mino Raiola, has a plan to get the Frenchman’s move to Real Madrid over the line.

Pogba was a target for Los Blancos boss Zinedine Zidane throughout the summer, but the club seemingly ran out of funds after a busy transfer window.

However, Raiola plans to demand that Pogba’s pay rises to £600,000 a week, a fee that will force United to let their man go to get him off the books.

With United desperate to add more firepower in January, a windfall from any sale of Pogba could open the door for a move for Barcelona’s aforementioned Dembele, who has been valued at around £100 million.

Silva to join Becks in Miami?

David Beckham is targeting top talent to join him at his Inter Miami project in Major League Soccer, and the latest name to be added to his shopping list is Manchester City’s David Silva.

Silva’s contract comes to an end next summer, which is perfect timing for Beckham and his Miami project, and Calciomercato reports that Silva is considering a stateside move when his time in Manchester is over.

Silva joined City in 2010 from Valencia and has been a cornerstone of the club’s success ever since. He has made more than 400 appearances at the Etihad, scoring 72 goals and providing a whopping 134 assists. Such numbers would be welcome in MLS.

— Roma are looking to raid Fiorentina in an effort to reinforce their backline with the addition of German Pezzella, according to Calciomercato. The 28-year-old has been in excellent form, despite La Viola’s poor play, and has started every game so far. Roma have already added Chris Smalling to their squad on loan but are keen to further strengthen their options.

— Another from Calciomercato here. Juventus have already added Matthijs de Ligt to their backline, but now they’re casting their eyes over Brescia’s Andrea Cistana, one of the best defenders in Serie B as Brescia won promotion to Serie A. Cistana, who featured for Brescia in their 2-1 loss to Juve on Tuesday, has impressed in his four starts this season in the top flight, and Juve could see a Cistana-De Ligt partnership as the club’s long-term future.

— Following Tottenham’s embarrassing defeat to League Two Colchester United in the Carabao Cup, boss Mauricio Pochettino has suggested that he will delve back into the transfer market in January. The Mirror says the Argentine might think he has some unfinished business after failing to land all of his targets in the summer, while his current squad has managed just two wins so far this season in all competitions.