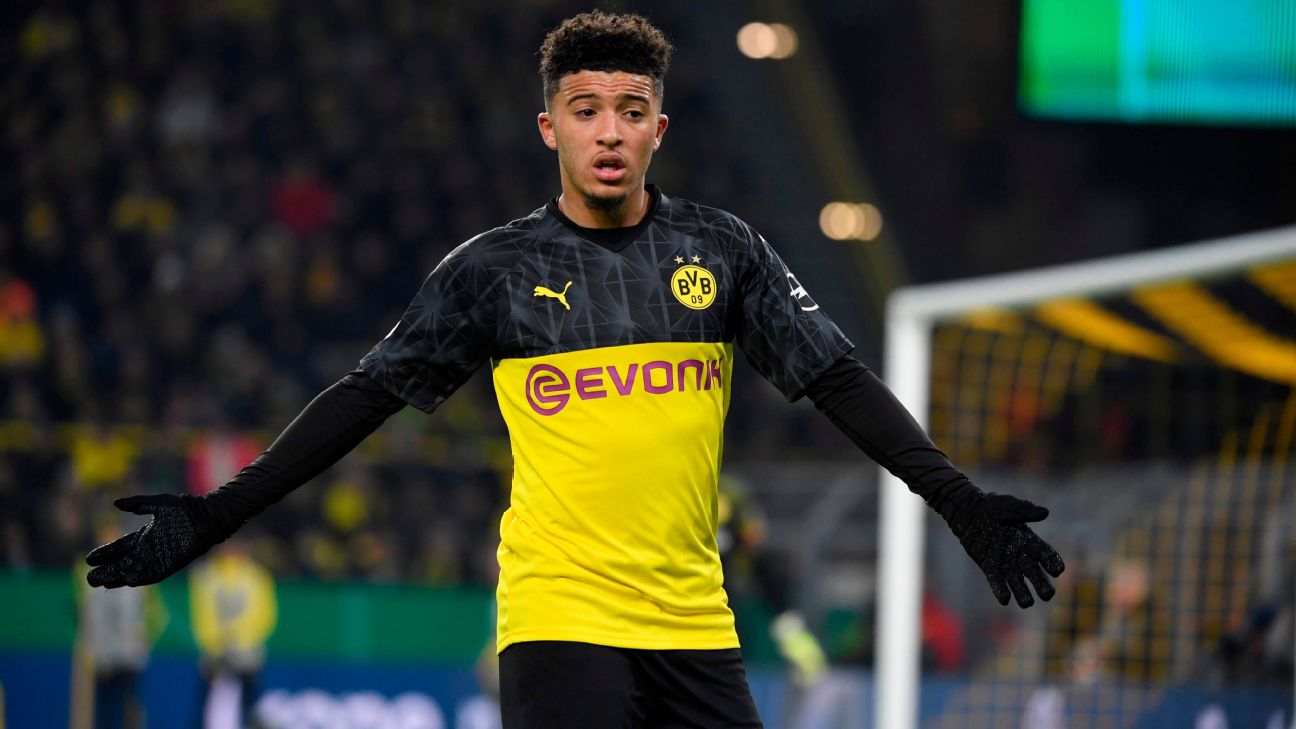 TOP STORY: Liverpool to land Sancho and Berge in January?

Stop the presses! Respected journalist Jan Aage Fjortoft is reporting that Borussia Dortmund winger Jadon Sancho could leave the club in January and Liverpool are interested.

Sancho, 19, has been unhappy at his treatment over the past few months and is looking to move, with a fee of €100m not deterring the Reds from trying to add him to their star-studded frontline.

Meanwhile, the club are also looking at delving into the transfer market in an effort to find a short-term replacement for the injured Fabinho, and Norway international Sander Berge is at the top of the list, reports Norwegian title VG.

Fabinho suffered ankle ligament damage during the 1-1 draw with Napoli in the Champions League and, as a result, is expected to be out until the new year. The Brazilian’s enforced absence means Liverpool are intensifying their efforts to sign 21-year-old Berge from Belgian side Genk.

Berge impressed in both games against Liverpool in the Champions League and despite having 18 months left on his contract, is said to be keen on what he sees as a “dream” move to Anfield. Liverpool would have to fork out £25 million to secure his services. Napoli and Chelsea are also said to be interested.

14.03 GMT: TF1’s Telefoot reports that France forward Kylian Mbappe is listening to PSG about a signing a new contract but is yet to respond.

The outlet says that he will concentrate on this season before deciding his future, which suggests he might fancy a move to Real Madrid in the summer.

However, Le Parisien says that PSG chief Leonardo is yet to meet with Edinson Cavani‘s entourage over his stay, with the striker out of contract in the summer.

13.08 GMT: Brescia owner Massimo Cellino has said forward Mario Balotelli can leave the club on a free transfer in January.

Balotelli, who was born in Brescia, joined in the summer but has managed just two goals in six matches with the club rooted to the bottom of Serie A.

“Mario is sad because he is unable to play his game,” Cellino said on the Italian TV show Le Iene. “Fighting for survival in Serie A requires a huge sacrifice and perhaps he thought it would be much more simple. In January, he can leave on a free. In this moment, he needs to choose which road is best for him. He needs to convince himself. I don’t want him to leave. If he leaves, we have both lost the bet.”

12.51 GMT: Mexico forward Javier Hernandez has refused to rule out playing in Major League Soccer later in his career.

Hernandez — also known as “Chicharito” — moved to Sevilla in the summer following a spell in the Premier League with West Ham.

“Yes, definitely,” he told the LA Times when asked if he had thought about continuing his career in the U.S. “Look, I am always thinking about my future. I want to be as open as I can to any opportunity. MLS is a league that is improving. It is an opportunity. Every league is an opportunity.”

12.05 GMT: The late defeat at Leicester City could have seen Everton manager Marco Silva lose his job, but Sky Sports are reporting that he will be in charge for Wednesday’s Merseyside derby at Anfield.

Money has been spent, but Everton aren’t competing and a bad result against the league leaders (who, by the way, are unbeaten at Anfield this season and haven’t lost to Everton there since 1999) could seal his fate.

11.09 GMT: Manchester United struggled again this weekend and the FC TV crew have an idea about which manager could fix them.

10.29 GMT: According to Gazzetta dello Sport, Barcelona midfielder Arturo Vidal is ready to leave and Inter Milan is where he wants to go.

Vidal has struggled to start games for Barcelona and Inter chief Beppe Marotta admitted this weekend that the Italian club are interested.

“He is a great player,” he told reporters. “He’s an important player in world football and someone Antonio Conte and I have built a great friendship with.

“We have great admiration for this player, but many teams would like to sign him. Unfortunately he is a Barcelona player but, with some positive meetings, we might be able to think about it.”

09.50 GMT: It could have been “Bayern Munich’s Sadio Mane” if the German club had managed to do a deal seven years ago, according to chief executive Karl-Heinz Rummenigge.

Mane moved from Metz to Red Bull Salzburg in 2012 and landed on the Bayern radar before he opted for a move to the Premier League with Southampton and then Liverpool.

“We had an interest in Mane, but somehow it didn’t work out,” Rummenigge told Bild. “He then went to Southampton and later Liverpool. A shame.”

Ernesto Valverde’s side are in need of options in the centre of midfield and the 24-year-old German is only valued at €25m, which means they could do a good deal.

08.00 GMT: Marca reports that Barcelona midfielder Philippe Coutinho is keen to stay with Bayern Munich once his loan expires.

Coutinho, 27, struggled at Camp Nou and there’s a €120m buyout clause for the summer.

“I’m very comfortable,” he said.”I plan to stay here for the year and I’m focused on my time here. If everything fits, then I’d love to stay.”

The 19-year old has been linked to a move to England following a series of scintillating performances for Parma while on loan from Atalanta, in which he has scored three goals from midfield and contributed five assists.

A host of clubs sent scouts to watch him in action against AC Milan this weekend, in which he appeared on the right side of an attacking triumvirate. Parma, though, were on the wrong end of a 1-0 defeat.

Kulusevski has a year-long deal with Parma but is being linked with a potential move in January. It’s suggested he could cost up to £40m. The youngster admitted he’s a Chelsea fan to Swedish outlet Fotbollskanalen and, though the Blues aren’t reported to be one of the clubs in the race for his signature, he could be tempted by a move to the Premier League.

Giovani Lo Celso is considering leaving Tottenham despite having been at the club for less than six months, according to Marca.

The Spanish title suggests that while Lo Celso’s season-long loan move from Real Betis hasn’t gone smoothly since the summer, the Argentine is growing increasingly keen for more game time in an effort to keep his place in the Argentina starting line-up.

Moreover, further reports suggest that the midfielder isn’t favoured by new boss Jose Mourinho, who has now won three games in a row since his arrival following the sacking of Mauricio Pochettino. Lo Celso came on as an 89th minute substitute in Saturday’s 3-2 win against Bournemouth.

– Serie A title rivals Juventus and Inter Milan are to resume battle off the pitch for the services of Roma midfielder Lorenzo Pellegrini in January, who could leave if either club triggers his €30m release clause, reports Tuttosport. Pellegrini played just behind Edin Dzeko in an advanced role in Roma’s 3-1 win over Hellas Verona and he has been a regular source of assists for the Giallorossi.

– The Star says that Pierre-Emerick Aubameyang is a January transfer target for Inter Milan. The Gabon international, ranked the 7th best forward in the world in the ESPN FC 100, has been in fine form for Arsenal this season despite the Gunners’ poor run of results.