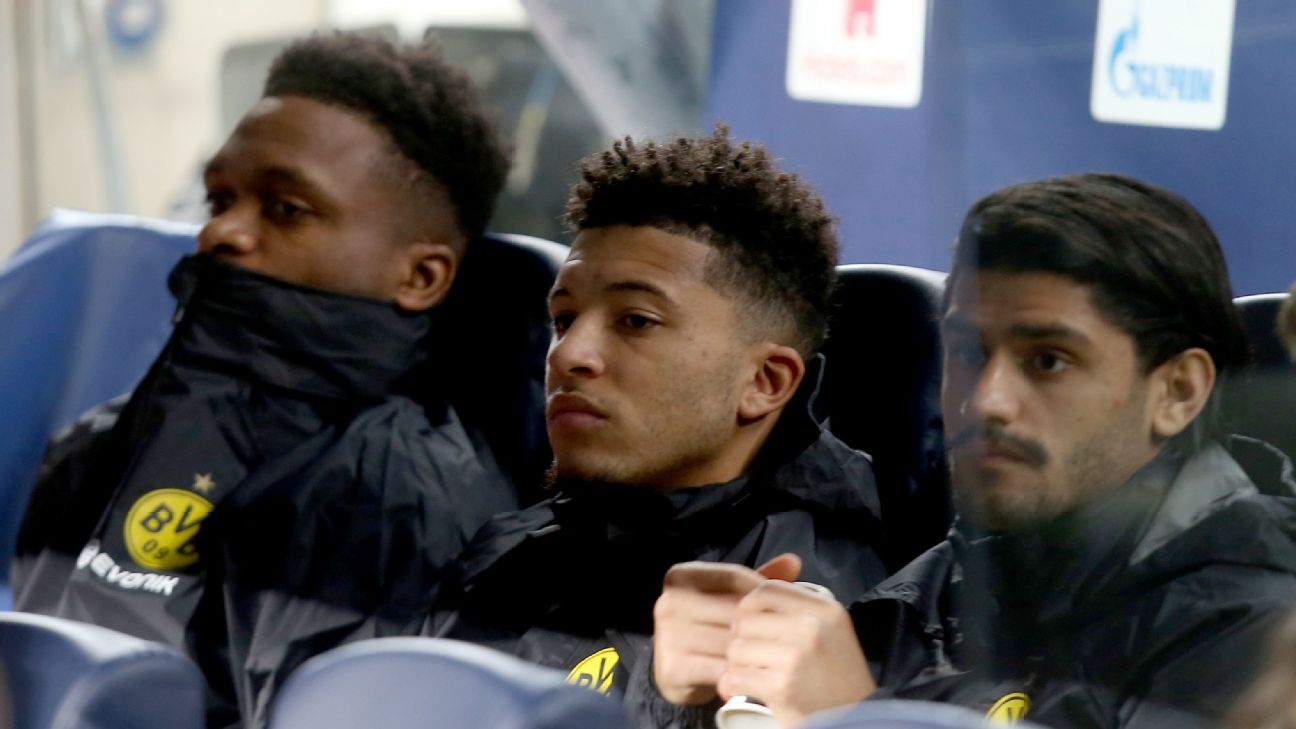 Top-flight clubs throughout Europe have been given a further boost in their attempts to sign Jadon Sancho after Dortmund dropped the England star from Wednesday night’s starting line-up in Barcelona, the The Sun has reported.

Dortmund boss Lucien Favre conceded that Sancho was “not fully focused” on the Champions League clash amid speculation that he is set to leave the club in January, with the player strongly linked with Barca, as well as a whole host of Premier League clubs. Sancho had the last laugh, however, coming off the bench to score Dortmund’s only goal in the 3-1 defeat.

According to the paper, Sancho has been left feeling “victimised” since he returned to the Westfalenstadion from international duty this month, and Wednesday’s revelations are the latest in a series of events that have left the forward at “rock bottom.”

10.31 GMT: AC Milan outcast Fabio Borini looks likely to leave the San Siro in January, and he could return to the Premier League with a move to Crystal Palace on the cards according to Gazzetta dello Sport.

The former Liverpool and Sunderland striker joined the Rossoneri in 2017, but he has only made two appearances in Serie A so far this season.

09.38 GMT: Bayern Leverkusen’s Kai Havertz is set to be a man in demand in January, and according to reports in SportBild, Manchester City are the latest to register their interest in the 20-year-old German international.

City could well face stiff opposition for his signature though with Barcelona, Bayern Munich, Chelsea, Liverpool and Manchester United all interested in Havertz.

The Daily Mirror report Leverkusen are looking for a fee of around £111m to prize Havertz away from the club.

08.30 GMT: Could the arrival of Jose Mourinho at Tottenham see Toby Alderweireld sign a new contract? The Belgian’s deal expires in the summer, but he told talkSPORT this week: “I feel lucky to work for him, so I’ll just do my best like I always do.”

Nemanja Matic‘s future at Manchester United has been thrust into even further doubt after the Serbia international spent just 24 minutes at the club’s famous Carrington training complex on Tuesday, according to The Sun.

The rest of United’s first-team squad took part in a light training session before flying out to take on Astana in the Champions League on Thursday. Matic, 31, has fallen out of favour with boss Ole Gunnar Solskjaer this season and has been the subject of seemingly endless transfer speculation in recent weeks.

On Monday, the experienced midfielder — who hasn’t made a league appearance for the Red Devils since Sept. 22 — failed to join the rest of his teammates at a club charity event, with a January exit looking increasingly likely.

– Everton are keen on two of Flamengo’s Copa Libertadores heroes — striker Gabriel Barbosa and manager Jorge Jesus – along with another finalist, River Plate’s Rafael Santos Borre. The Liverpool Echo says that the Toffees are planning moves for all three, but may be unwilling to meet the Santos Borre’s €30 million release clause, with the striker also believed to be happily settled in Argentina.

– AC Milan want to bring Juventus defender Merih Demiral to the San Siro as Stefano Pioli looks to bolster his defensive options, Gazzetta Dello Sport are reporting. Milan are 12th in the Serie A table following a string of poor defensive displays, but a deal may be hard to come by with the Bianconeri reluctant to sell.

– Elsewhere in Italy, Inter Milan are keen to sign full-back Robin Gosens from Serie A rivals Atalanta, according to Calciomercato. The Nerazzurri are reported to have been monitoring the 25-year-old — who has four goals and two assists to his name this season — for some time, with the defender’s impressive attacking stats believed to have caught the eye of Inter boss Antonio Conte.

– Napoli are plotting a swoop for Hellas Verona defender Marash Kumbulla in January. That’s according to Corriere Dello Sport, who report that the Partenopei are ready to make their move with sporting director Cristiano Giuntoli said to be a big fan of 19-year-old, with the club also linked with Kumbulla’s teammate Sofyan Amrabat.