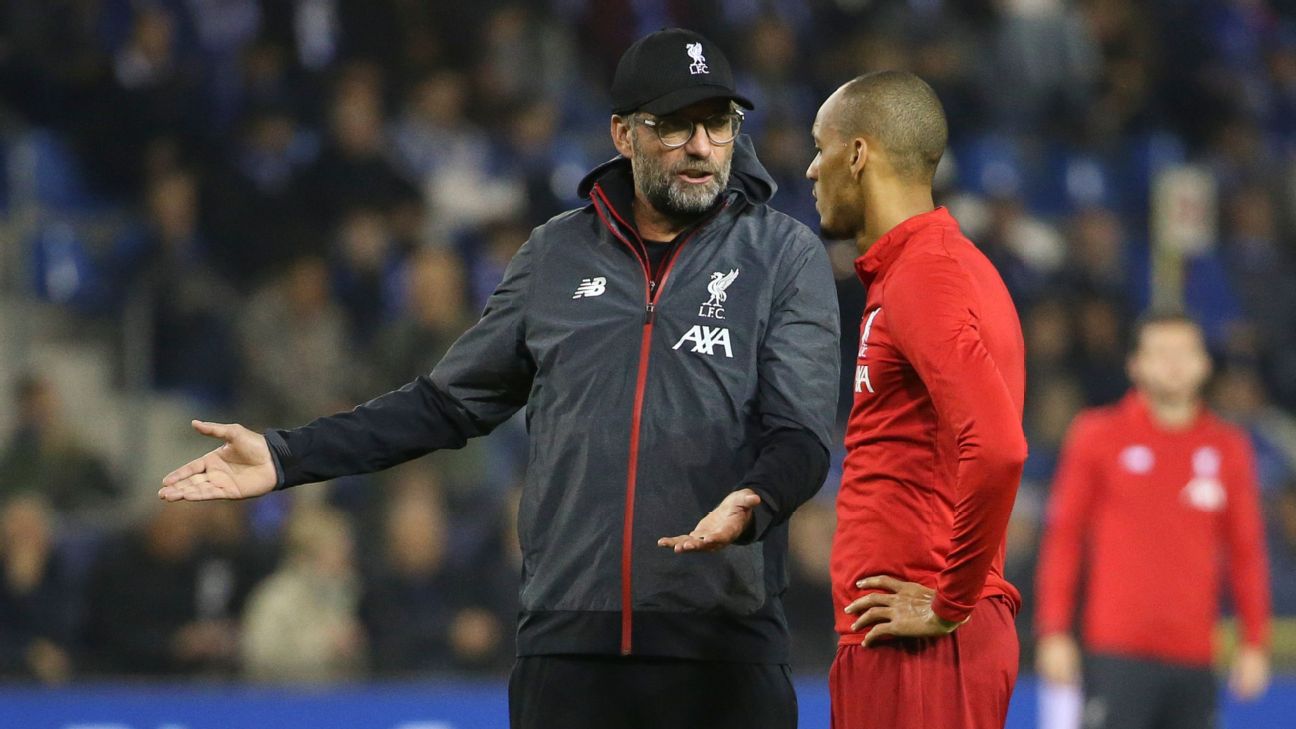 Liverpool produced a devastating attacking display to ease past Racing Genk 4-1 in the Champions League on Wednesday but manager Jurgen Klopp said he had not enjoyed it and was left wondering where his team was at afterward.

Alex Oxlade-Chamberlain scored two goals while playing in his first game in the competition for 18 months, and silky strikes from Sadio Mane and Mohamed Salah gave the scoreline a convincing enough look.

Yet there were moments of unease for the European champions as they won away in the group phase for the first time in two years. Genk were unfortunate to have a Mbwana Samatta effort ruled out in the first half and spurned several other chances to equalise before Liverpool took charge.

Such are the standards that Klopp has now set, however, that he was not entirely impressed despite his side moving second in Group E with six points, one behind Napoli.

“I didn’t enjoy the game too much, but I enjoyed the result a lot,” said Klopp, whose side’s 17-match winning streak in the Premier League ended in a 1-1 draw at Manchester United on Sunday.

“We’ve had two away games that were both difficult for different reasons. I don’t know where we are at the moment. I know where we have to be on Sunday [against Tottenham Hotspur].

“There were good moments. We started well but lost a lot of easy balls, unexpected balls. Of course, those are the most difficult to defend against. Our first goal was brilliant — all four goals were brilliant.”

Klopp has an embarrassment of attacking riches with Oxlade-Chamberlain’s return yet another option.

He struck a clinical opener after two minutes and his 57th-minute goal to double his side’s lead, a nonchalant clipped effort with the outside of his right foot, was a gem.

It was Liverpool’s 200th Champions League goal, but even Oxlade-Chamberlain got a “can do better” review from his manager.

“Ox was like the game was. The goals were brilliant, but he can do much better and he knows that,” Klopp said.

“He’s had a lot of time out and he lacked a bit of rhythm in some moments, but the goals were lovely. It was a big step.”

Liverpool have now won 25 of their last 30 matches in all competitions, and the way they made a potentially tricky night into a relatively smooth one was a sign of the confidence and winning mentality now ingrained in the squad.

“In the years before we would have drawn it, maybe even lost, but it’s all OK. It was intense, we needed concentration,” Klopp added.