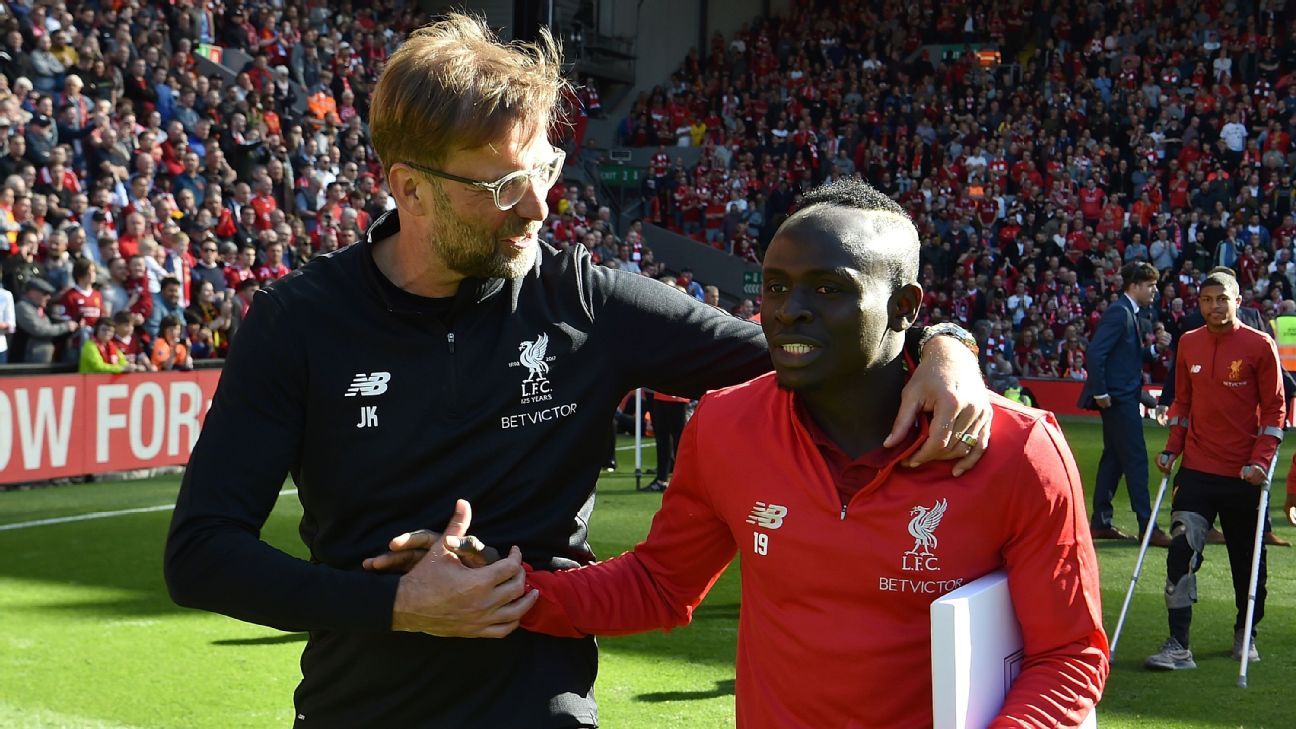 Liverpool manager Jurgen Klopp dismissed Pep Guardiola’s labelling of Sadio Mane as a diver ahead of the top-of-the-table showdown with Manchester City on Nov. 10.

The Senegal international was booked for simulation before scoring a 94th-minute winner for the league leaders at Aston Villa over the weekend.

City, six points behind in second, had also staged a late rally to beat Southampton 2-1 on Saturday before Guardiola took a swipe at the in-form forward during his post-match TV interview.

“It has happened many times, what Liverpool have done, in the last few years, it’s because [Mane] is a special talent,” Guardiola said.

“He is a special talent. Sometimes he’s diving, sometimes he has this talent to score incredible goals in the last minute. He’s a talent.”

While previewing the midweek Champions League home clash at Anfield, which is followed by the blockbuster test against City on Sunday, Klopp was asked for his response to the comments.

“I am not really in a Manchester City mood at the minute,” Klopp said. “I do not like to talk about it. Do I like what he says about my players?

“I’m not 100% sure if he spoke about us in general or Sadio — I didn’t hear his name. I do not know how he could have known about the incident so quickly after the game.

“Sadio is not a diver. Yes there was a situation in the Aston Villa game where he felt contact [from Frederic Guilbert] and went down. Maybe it was not a penalty, but there was contact. It’s not like he jumped over a leg or something.

“All the other penalties were penalties because he was there. If something like that had happened for Manchester City, I’m sure they would have wanted a penalty too.”

Klopp had already addressed the booking on Saturday evening at Villa Park, saying: “I think when you see it back, it is for sure not diving, there is contact, but it is the decision you have to accept.”