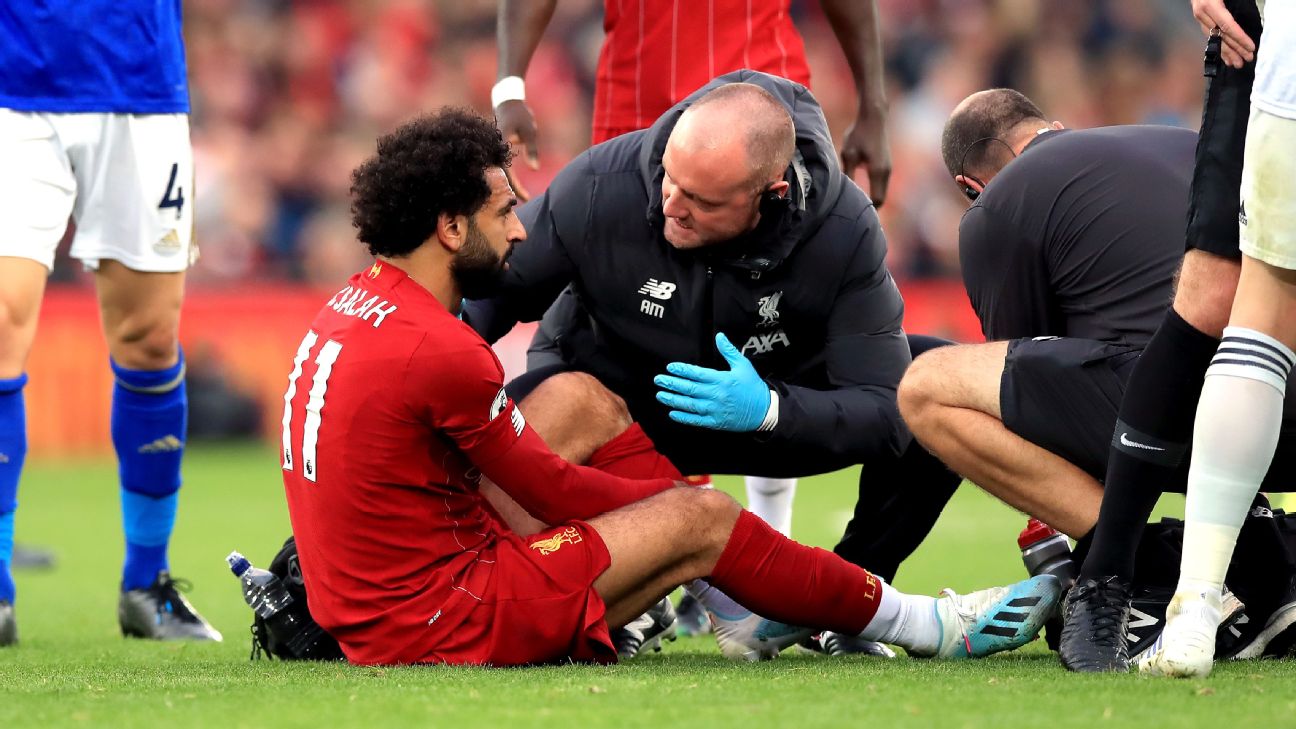 Liverpool manager Jurgen Klopp has urged Leicester City midfielder Hamza Choudhury to “calm down” after his “dangerous as hell” challenge on Mohamed Salah.

The Egypt forward limped off with an ankle injury on 89 minutes in the 2-1 victory at Anfield on Saturday after being tackled late and wildly from behind.

Klopp was furious with the reckless contact, which he believed should have resulted in a sending off instead of just a yellow card.

“How he can do it, because the ball is far away. The player is full sprint to bring him down without the ball around, for me there is only one colour card.

“I see in your eyes that I am probably the only one who sees it like this.

“I don’t think it was an overly bad challenge,” Rodgers said.

“Salah is coming inside and the speed he travels and Hamza is coming back, there is a clash.

“I’m not sure if it is a dead leg or whatever? I have tried to look at it but the camera is quite a way away. The emotion of the game, it might seem worse than it was. He is an honest boy Hamza, he makes challenges, he’s aggressive but I don’t think there was anything malicious.”

Choudhury has a reputation of being too rash in duels and was sent off during England Under-21 duty for an awful challenge on France’s Jonathan Bamba in June.

Two months later, Newcastle United manager Steve Bruce was seething with the 22-year-old, who injured Matt Ritchie with an “over the top, awful, horror challenge” in the Carabao Cup defeat to Leicester at St James’ Park.

“This is not the first situation like this,” Klopp pointed out. “He is a super player but these kind of challenges… no.

“From a football point of view, if you are quick, you need to make sure that somebody can’t do everything to bring you down. I don’t need to be a football manager to know this can cause serious injury. I only need two eyes!”